Rewind back to a week ago where old and new members of the country family travelled from all over the country to Stanford Hall in Lutterworth to attend the first year of this incredible 3 day festival filled with everything a country music fan could ever want! With a choice of 5 stages in total Interstate Stage, Honky Tonk, Front Porch, Showground Arena and Rhinestone Stage filled with the perfect mix of talent from UK and US, there was definitely something for everyone.

The festival kicked off Friday afternoon with the likes of Kevin Mcguire and American Young kicking off the festival, stages on offer Friday were Interstate Stage, Front Porch and Honky Tonk! Arriving just in time to catch The Wandering Hearts rock the Interstate Stage before they headed off for a crazy weekend of festival appearances. These guys never fail to show what they are made of and why they are absolutely popping up everywhere nowadays because they are just one of the best 4 piece bands to watch live, vocally in sync and mesmerising to watch. A highlight of Friday evening had to be headliners ‘Ward Thomas’ they treated a packed out tent on the Interstate Stage to a collection of their early favourites and also threw 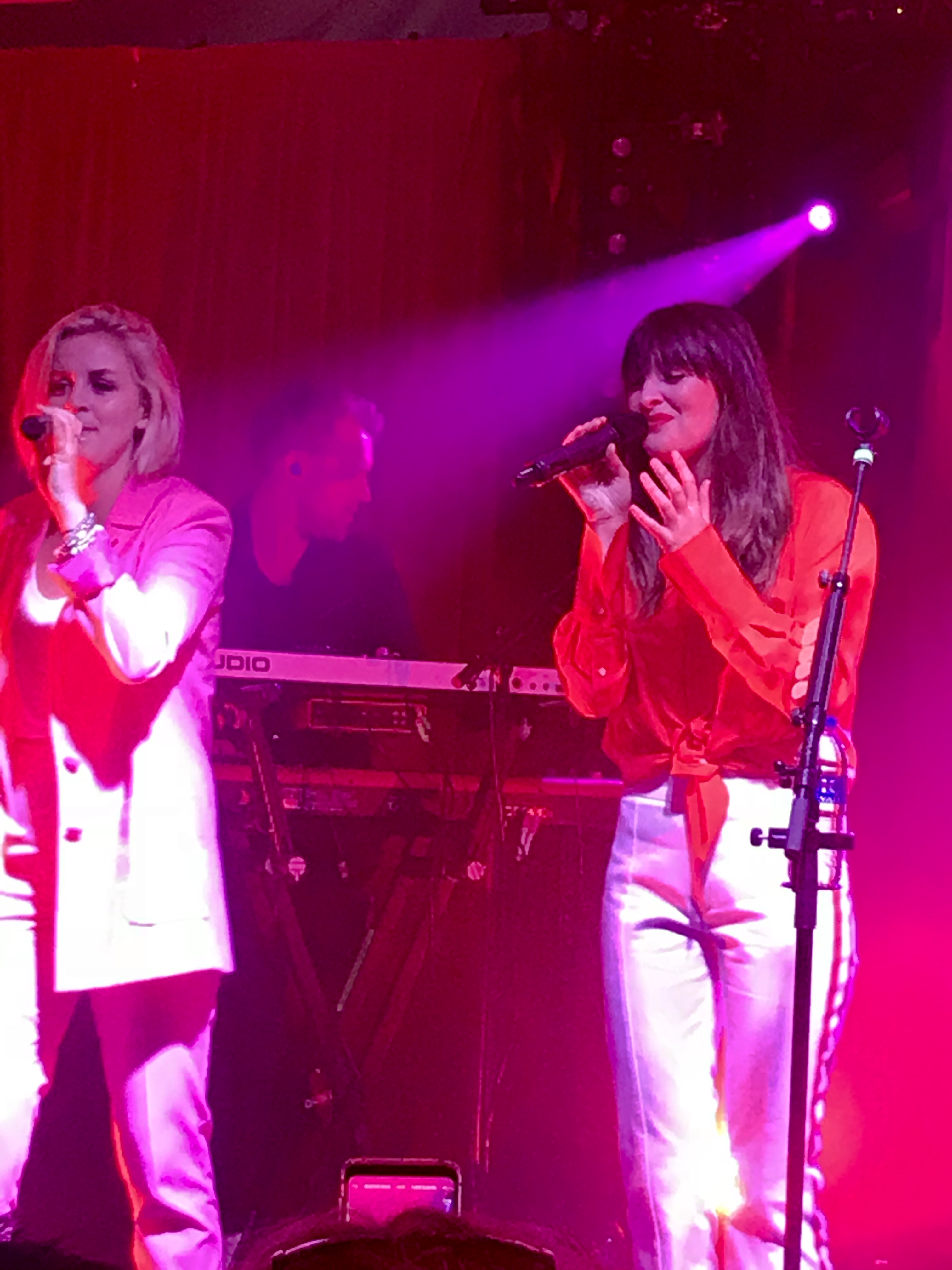 in a few new songs from their upcoming album ‘Restless Minds’ ,due now to be released in February, into their set to give everyone a sneak peek of what they have been working on behind the scenes. One thing that can be said about these talented sisters is their harmonies are always on point and they never fail to impress an audience. One song that caught my attention off the new album was “One More Goodbye” the beautiful breakup ballad was absolutely stunning to watch being performed live. Adding more songs like that on their new album and it is guaranteed to be a success. For a Friday night headliner these girls did not disappoint and was just the perfect start to the festival!

Saturday was definitely the best day for talent! Started my day off at the Honky Tonk bar, entering this place completely gave you that you were in Nashville kind of feel. Playing the stage when I arrived was UK singer Twinnie, now for me this was the girl from Hollyoaks and I’ll admit that I never really paid attention to her music before but my friends were like she is soo good you have to make sure you check her out so I made the effort to catch her set and they were right! She completely wowed the Honky Tonk bar with her set and me included! From there headed over to The Front Porch stage which was an absolutely stunning setting for artists to play and had been beautifully crafted to continue that Nashville front porch kind of vibe. I arrived just in time to see the legendary Bob Harris introduce The Adelaides, now considering these girls have only ever released one song to radio and no singles have actually been physically released they have had so much success and that is an incredible achievement. They played the usual collection of songs and had the audience up on their feet clapping along to audience favourite “Jelly-baby”. 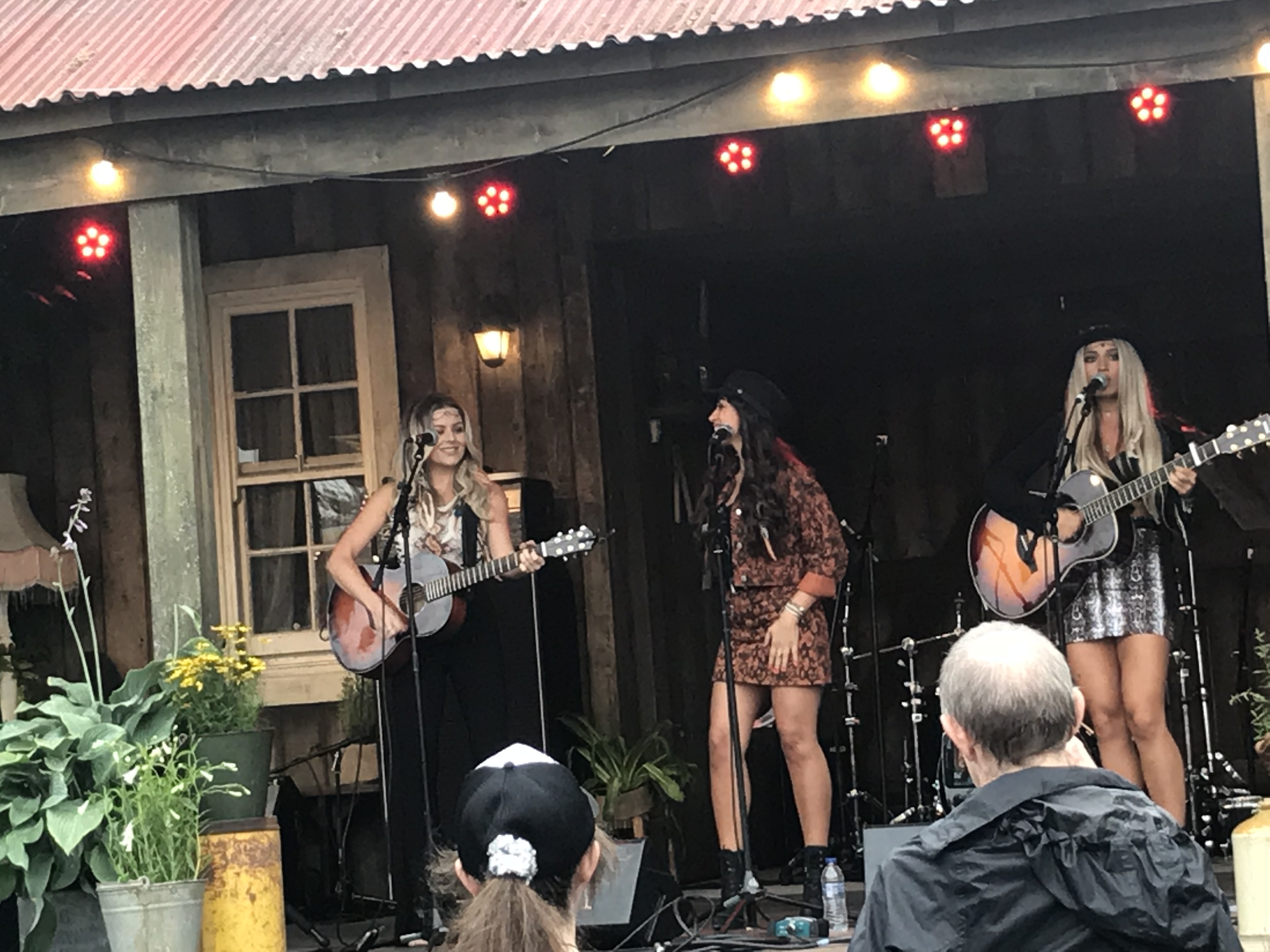 Straight from there I ran and parked myself front of the main stage, Rhinestone Stage, so I could get my fill of the rest of the talented bill on offer that was coming up. Logan Brill was up first and oh my did she live up to her name, excuse the pun! Next up was Striking Matches who delivered a fantastic set of songs which included taking the audience back to Nashville with ‘When The Right One Comes Along’. The ‘Nashies’ in the audience were all swaying and singing along to this one. Special mention to Sarah who managed to completely blow me away with her insane guitar solos! Danielle Bradbery was next up and through no fault of her own got off to a shaky start when the mic wasn’t loud enough but despite the audience screaming at the mic person to turn it up, taking two songs for this to be acknowledged, the ever so professional Danielle just continued singing her heart out. Throwing a few Carrie Underwood songs into her set including the incredible ‘Jesus Take The Wheel’, where at one point she managed 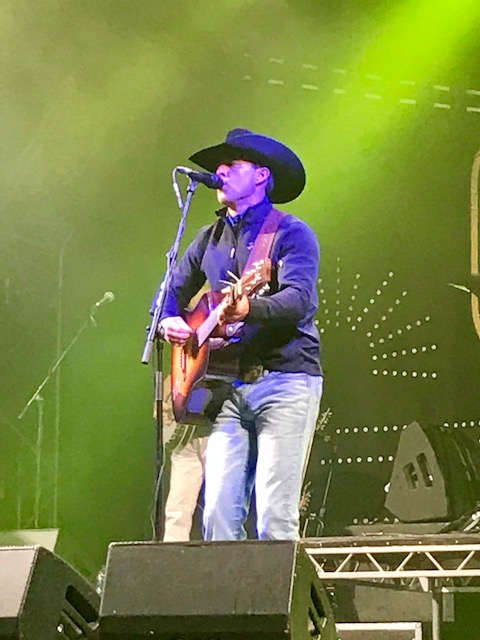 to completely forget the lyrics, the audience showed their love for her and Carrie and helped her out. Next was the main attraction, headliner for the night Aaron Watson who I will admit I hadn’t really paid attention to his music ,after all I was only here for Carrie, but could see standing in the crowd the audience was filling up and he definitely had a massive fanbase. He delivered a fabulous set of his back collection of songs not sure whether it was that, that completely won me over or the fact he brought the cutest little mini Aaron on stage who completely stole the hearts of the audience! Aaron was definitely a born entertainer and wowed the crowd with his set and proved he was the perfect stand in for Carrie Underwood and did her proud!

Final day of the festival was here and again looking at the lineup I decided to stay at the main stage all day. Making it in time for the start of The Brummies set,this trio were not your average country music sound more of a rocky edge but they had incredible stage presence and catchy songs. Una Healey and Charlie Worsham did a stern job of warming up the crowd before the highlight of the night for me Ashley Campbell took the stage. Ashley Campbell really was the most down to earth beautiful person I had seen take the stage all weekend. She delivered an incredible and entertaining set to the crowd throwing in a few terrible jokes to make the audience laugh and showcasing her additional talents playing the banjo. Highlight of the set was a stunning tribute to her father Glen Campbell by singing song ‘Remember Me’ which really tugged on the audiences heartstrings. It was the most beautiful performance and seeing members of the audience tear up am surprised she didn’t tear up herself, her father would have been soo 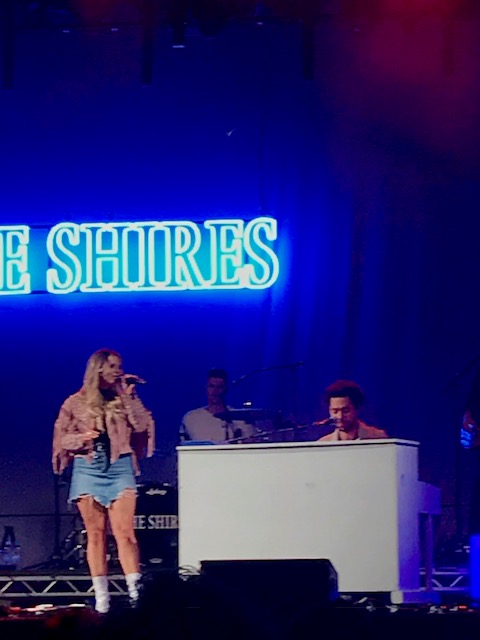 proud. I really did not want Ashley’s set to end she was just so incredibly mesmerising to watch! Finally it was time for The Shires to headline the main stage, Crissie and Ben are incredible at what they do and delivered an absolutely awesome set for the crowd including a mix of their older songs and some from the new album and ended the festival in their own special way!

What Baylen Leonard managed to create is a fantastic event for any country music fan and Nashville lover. The whole atmosphere and experience was incredible and I think this is going to be one of these events that people will be talking about for the rest of the year and attending each year! For a first year everything was perfect, he smashed it out of the park and he should be so proud and I for one cannot wait until next year to do it all over again!