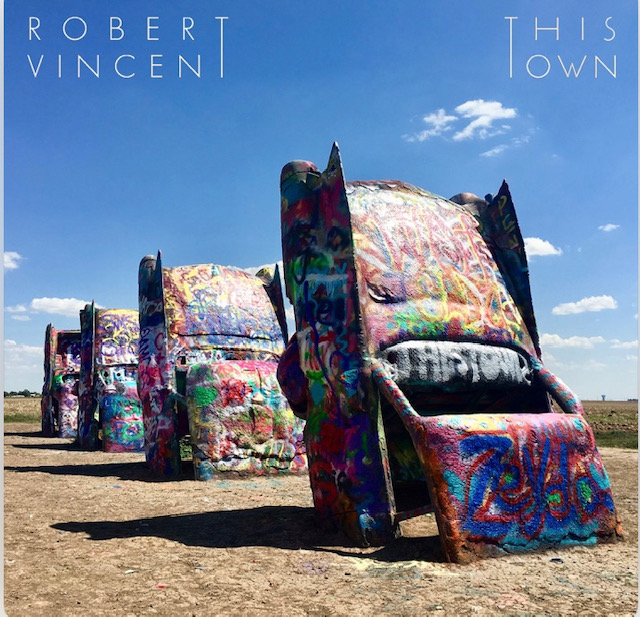 Hopefully many of you will already be familiar with the music of Liverpool’s Robert Vincent who is already a very popular artist on the growing UK Country/Americana scene. He is a prolific songwriter and busy touring artist who released his debut album back in 2013, but it was being awarded the inaugural Emerging Artist Award from Bob Harris in 2016 and subsequently being invited to perform on BBC4’s “ Old Grey Whistle Test : For One Night Only” that really helped raise his profile and propel him to No.1 in the iTunes country chart.

2018 saw him receive the UK Album Of The Year Award from the UK Americana Music Association for his 2017 release “ I’ll Make The Most Of My Sins” . Now signed to Nashville’s Thirty Tigers, he played four slots at music city’s Americana Festival this year.
This week sees Robert kick off a major UK tour at Bush Hall on Friday as part of Country Music Week, where he will perform as part of the “Under The Apple Tree” sessions. This coincides with the release of his new single, “ This Town” , produced by Brit Award winning Ethan Johnsand the first track to be revealed from his next album due out in February. Inspired by Robert’s realisation and frustration of how people’s decisions are largely being manipulated by social media, he says of the song “ The old days of small-town talk have gone, it is now a global town. Sadly it has created division, in ‘This Town’ and everyone’s town”.
“ This Town” is available to download/steam now via the following links