Produced by Mark Neill, with songwriting contributions from Pat McLaughlin and Dan Auerbach, Welcome To Hard Times is a genre bending mix of classic country, psychedelic spaghetti western and rhythm & blues. It may draw on heritage sounds, but this aptly-named collection perfectly fits these troubled times.

Crockett shared his vision for the record, “This record is for the folks who feel like everything’s fixed. If you think you’re playing a rigged game, you’re right. If it seems like all the cards are marked in advance, they are. But you still gotta roll the dice, even when you know they’re loaded.“

Crockett has released first single, the album’s title track “Welcome To Hard Times”, and its accompanying video (co-directed by Crockett and Bobby Cochran). Shot on location in the Sierra Nevadas, it will feature as part of a series of videos Crockett is shooting and directing over the next month, where he will play the same character walking alone through isolated landscapes in the American wilderness. Discussing the video concept, Crockett stated, “The American West is a land I’ve drifted through for most of my life. In these troubled times I find comfort and safety in its isolation. I think I always have.”

Crockett is no stranger to hard times. In early January 2019, while at a routine doctor’s check-up, Crockett was diagnosed with Wolff–Parkinson–White syndrome, a congenital heart condition, as well as Aortic Valve disease, and he had to immediately undergo life-saving heart surgery. Crockett believes that this experience inspired him to make the record that he truly wanted.

Crockett stated, “I look at that scar and all I can think about is the limited amount of time I’ve got left, I wanted to make an album that would try to reclaim the conversation about country music.” Crockett added, “My entering country music has been controversial to say the least but I believe country fans have more eclectic tastes than they are given credit for. My country music is inspired by what I played in the subway car so I could eat, in the French Quarter in ragtag bands. I sat in pastures on farms across this country putting it all together into my own sound. I don’t like labels but if that ain’t country I don’t know what is.” 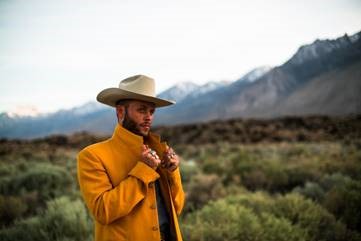 Crockett grew up in poverty and spent time living homeless and busking, making his way from New Orleans to the subway platforms of New York City. Crockett lost his sister to addiction and he is a twice convicted felon. He was also falsely implicated in his own brother’s crimes, “I’ve gotten more than my fair share of raw deals in my thirty-six years. But I don’t let hard luck own me.” Crockett stated, adding, “I’ve been fortunate enough to see things that a person from my background is never meant to see, and that’s worth something. It turns out that a wandering boy can learn a whole lot out there getting in trouble. Especially if he learns from his mistakes. I wouldn’t take anything back that’s happened to me. I’m not the best and I damn sure ain’t the first. But I’m different, and in music, that’s everything.”

In spite of these challenges Crockett has remained steadfast and persistent in his music career, releasing a catalogue of critically respected, self-released albums including The Valley and Lil G.L.’s Blue Bonanza, which garnered acclaim from tastemaker media. In the UK, Country Music People magazine picked The Valley as one of its albums of the year and The Sunday Times newspaper called it a “… collection that never once loses momentum”. In the US,  KXT described Crockett as, “an artist who lives up to the hype,” NPR’s All Things Considered, described him as, “blurring the lines of traditional blues, jazz, country and gospel music” and Paste praised Crockett for finding “the seam between R&B and country to slip through songs with sharp hooks and real feeling.”

Without the support of a major record label deal, Crockett has established himself as a breakthrough independent artist and the master of his own success. Generating over 36 million total streams across his song catalogue, growing a grass roots following from his sold out shows across America and Europe and making debuts at Stagecoach Festival, the Grand Ole Opry, Newport Folk Festival and The Long Road Festival, with much more to come.

Welcome To Hard Times was recorded in Valdosta, Georgia at Mark Neil’s studio. Mark shared Charley’s vision to make “a dark gothic country record.” Neil stated, “It was a pleasure to have been involved in what I believe to be the best gulf and western country record ever made.” The album was recorded with a studio band consisting of Kullen Fox, Colin Colby, Alexis Sanchez, Mario Valdez, Nathan Fleming, Billy Horton and Mackenzie Rosser. For more information, please visit: http://www.charleycrockett.com/ 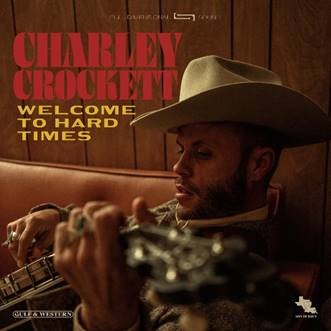 TC in Conversation with Rumer

TC in Conversation with Scott Brown of the Scooter Brown Band