It was a Sunny Sunday afternoon on June 9, 2019, arriving at the Opry backstage door. I was excited, not knowing what to expect but ready for the several interviews that were scheduled. I was about to embark on an adventure that not many get to experience. I was attending Sunday Mornin’ Country at the Opry, Featuring the Jeannie Seely from SiriusXM radio, host of Willie’s Roadhouse show, which airs in the afternoon on Sirius XM Radio.  It is a spectacular day filled with music, message and stewardship. This particular morning I had the honor of being invited backstage to interview some amazing artists. Some new, some seasoned, and Brenda Lee was the emcee for the day! I was standing next to Ms. Lee but was actually dumbstruck and could not introduce myself.

I was standing next to a Country Legend! 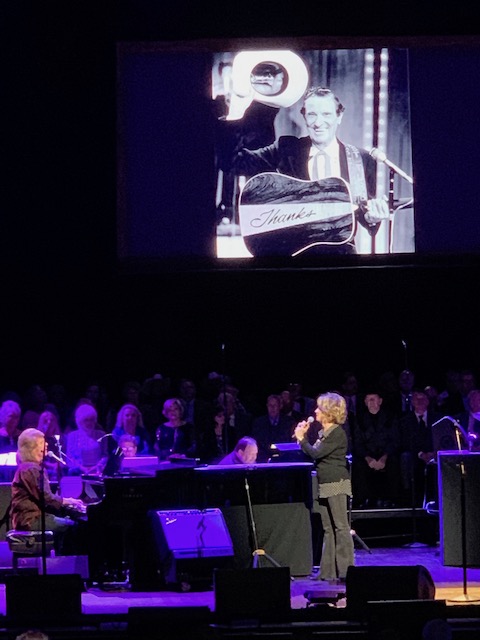 Onto my job for the event! The  Interviews included, Tim Atwood, James Wesley, and a Wonderful organization, “A Soldier’s Foundation”, Founded by Daryl Mackin.

Tim Atwood has been playing piano for the Opry House band for almost 38 years. This day was very special for Mr. Atwood, He has been recording his own songs, and his third CD out, “Living The Dream”. It includes a song titled, “Mom”, which relays the story of a Mother speaking to her unborn child. It is one that he performed that day, as well as a Duet with Jeannie Seely. “Old Friends“. Tim also spoke about the “Tim Atwood Day” Proclaimed by the city of Peoria and the State of Illinois, where he is originally from. That day is October 26, and will live on forever as a special day for the City and the State. Then we talked about the Proclamation Day  in Marion, Virginia, with the Hee Haw Cast, where they all received the Key to the City. Tim Atwood has had quite the musical career and he keeps on going!

He is touring the country and having a glorious time of it! 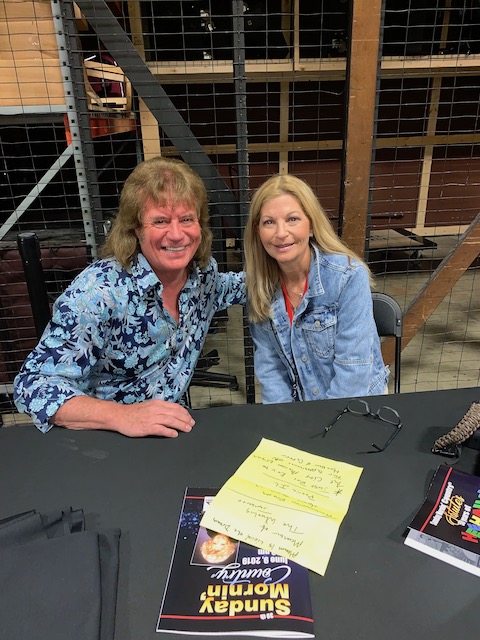 James Wesley, a performer at CMAFest this year, was the next interview and he was onstage performing his song, “Real” which talks about the reality and what is real in life. I saw James singing “Running” at one of the local venues, and it was awesome! I am a fan now ! He noted during the interview that his fans are like his family,  and James sees and notes them following him all around the country which is incredible! He takes the time to speak to them and appreciates all the travel they do to support him! James takes in all the moments, and never takes any of it for granted. For instance, being on the Opry Stage. James has done it several times, and it always feels like the first time, just an awe inspiring experience. 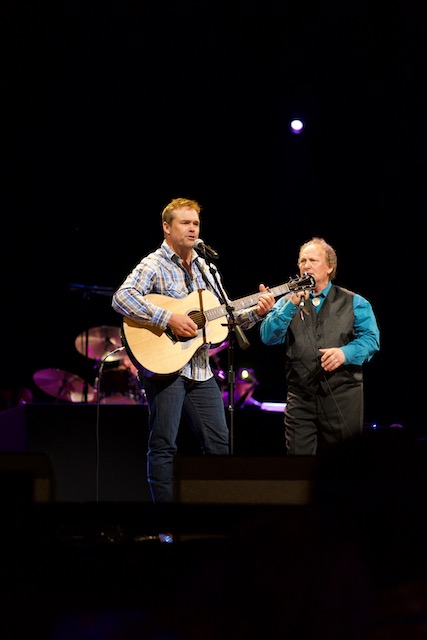 I also had the opportunity to speak with Daryl Mackin with the “A Soldier’s Child Foundation“. Mr. Mackin is the Founder and Executive Director. This wonderful organization  helps the children of fallen soldiers to carry on with their lives. He helps them to achieve their goals in life and has also developed a camp where the children can go for the summer, and just be kids. He brought 2 young girls who lost a parent and they were able to walk on the Opry Stage and sing. It was a wonderful awe inspiring moment. 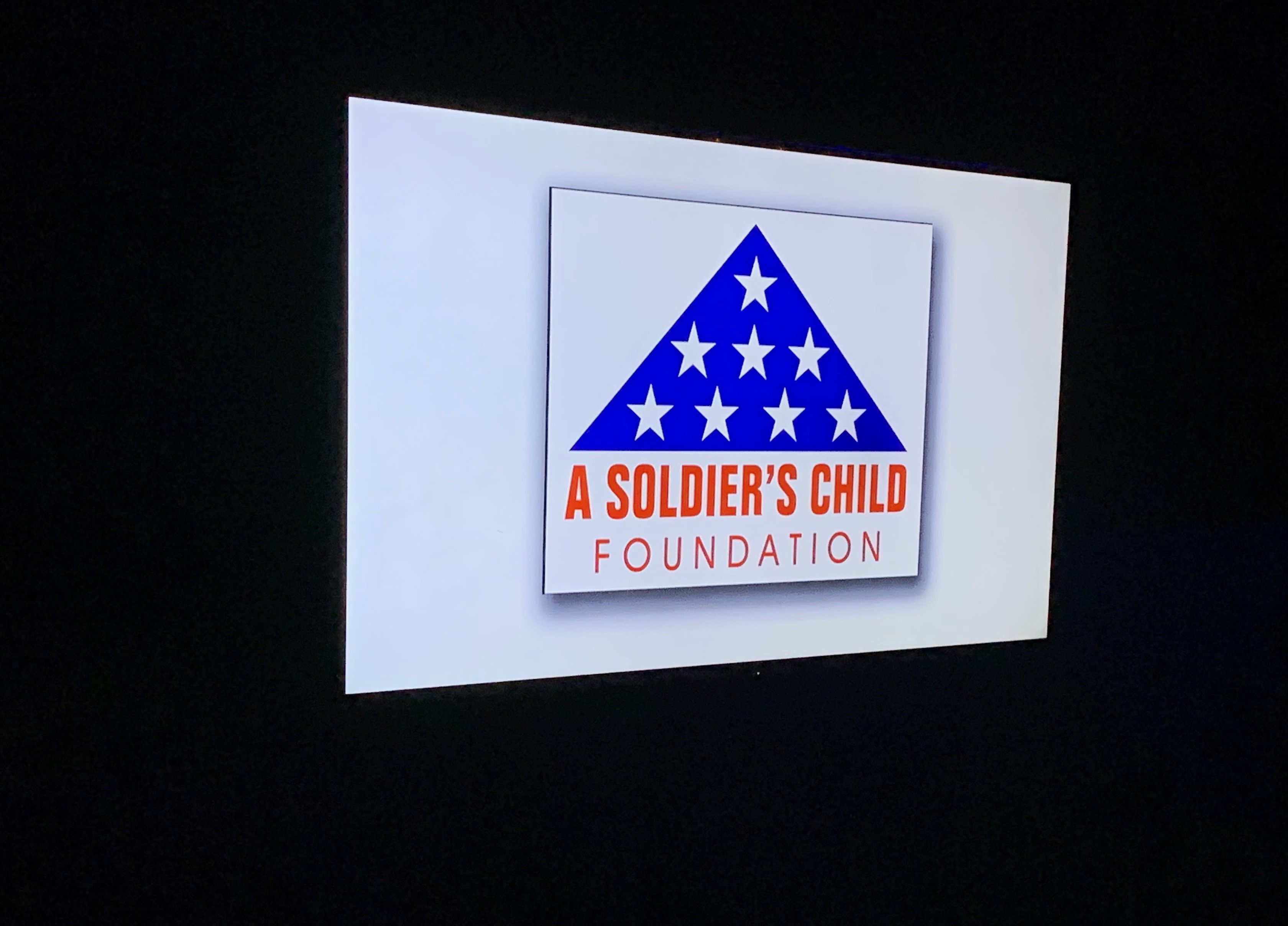 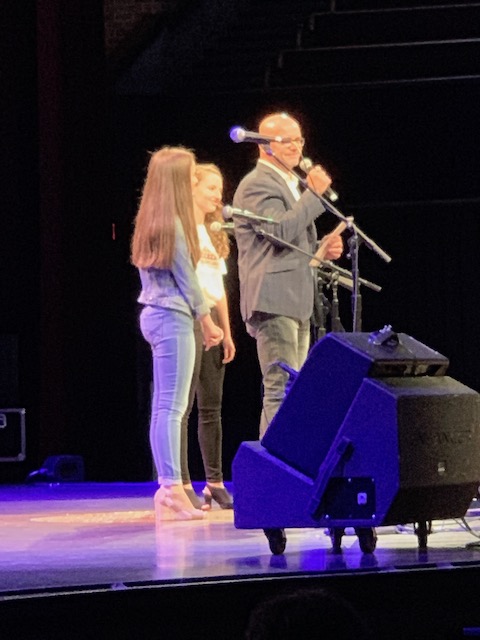 Please go to their website and find out more information about this wonderful organization and how to get involved.

Lastly, something that I was not aware of is that the Opry, wanted to bring onstage the media that was there that day, and thank them for all they do to get the word out about the acts, the artists, the message. So, they called out all the names of the outlets, and Think Country was one of them. I got to stand there, on stage, where so many great performers had been, and will be, and I was speechless for that moment. It was special and I will never forget that. This was one of the best days of my life and will be forever grateful to Annette Gibbons for letting me take a ride with the Think Country Team. No, not a team, but family. I feel blessed and honored… 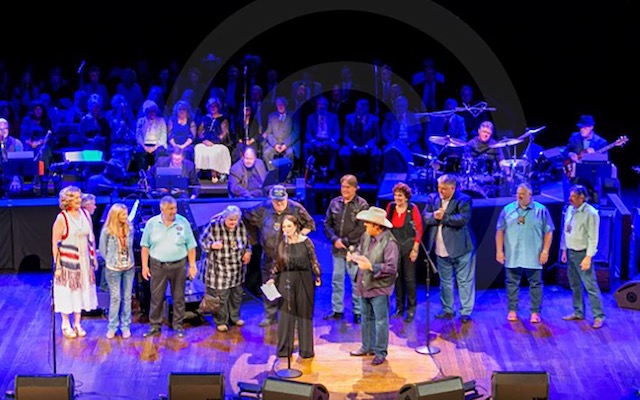 For more information about the Opry go to their Website:https://www.opry.com/?utm_source=google&utm_medium=cpc&utm_campaign=2018_Search_Brand_Exact&utm_term=grand%20ole%20opry%7ce&utm_content=337948203504&gclid=CjwKCAjw67XpBRBqEiwA5RCoceB3laE6ggaTzs-_ybwSrcDgvgRh162dznosJeTDzdvuB-9PBOcBlRoCLZEQAvD_BwE

Exile at The Caverns and Musings from Under the Earth

TC in conversation with Lauren Alaina