With an impressive career-total of over 130 million global streams to date already, Warner Music Nashville/Atlantic Records breakout Ingrid Andress is sharing the exciting news that her highly anticipated major label debut album, Lady Like, will be available everywhere on March 27th. Featuring the title-track she performed on Late Night with Seth Meyers shortly following its release, the album will also include her nearly Top 10 country radio single “More Hearts Than Mine.” The poignant ballad, which she performed on NBC’s TODAY, made history as the only debut from a solo-female to crack the Country Airplay Top 20 in 2019. 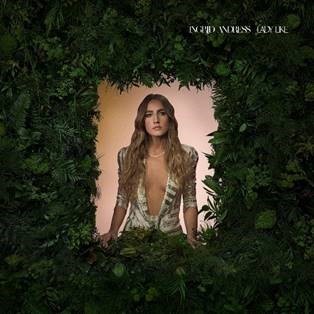 Highlighted in ELLE’s 2019 Women in Music issue, the acclaimed singer/songwriter has penned several songs for artists across multiple genres including Bebe Rexha, Charli XCX, FLETCHER and Dove Cameron. She was chosen as Billboard’s December Chartbreaker and has received additional early praise from People, Rolling Stone, Us Weekly, NPR, Variety, Vulture, PAPER, The Tennessean, HITS and many more. Her “elegantly written” (New York Times) single was included as one of NPR’s “50 notable songs released in 2019” with Us Weekly adding it to their list of the “10 Best Songs of 2019” across all genres.

Nominated to Country Radio Broadcasters’ elite New Faces of Country Music Class of 2020, will perform during the annual Country Radio Seminar showcase in Nashville later this month. Andress The Colorado native will join Keith Urban’s All for the Hall benefit concert in Nashville next Monday (2/10) alongside country music superstars like Blake Shelton, Chris Stapleton and Tanya Tucker. She’ll hit the road this spring on Dan + Shay’s North American arena tour and help Thomas Rhett kick off his Center Point Road tour in May before heading out with Tim McGraw for his massive Here On Earth stadium tour this summer.