Dakota Hood is an actress turned country artist who is ready to hit the ground running and join the many female forces leading the way in country music today. She might be new to the music side of the business but she’s not new to the entertainment industry. She’s appeared in movies such as the Hunger Games and Constantine. On the morning of the CMT Awards in Nashville, Tennessee, I had the pleasure of getting to meet and chat with Dakota briefly about herself and her music.

Think Country: Digging in, you’ve been in Hunger Games, and a few different shows. Funny thing is, I’m the type of person who seems to never see any movies.. 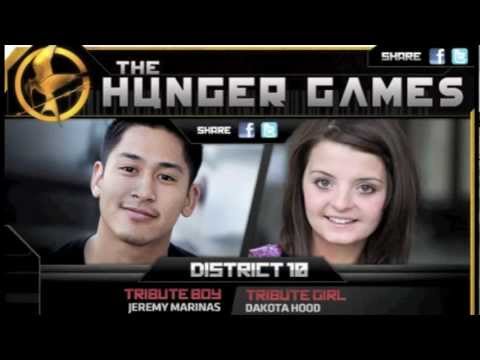 Dakota Hood: Neither do I really..

TC: I can say I’ve never seen those but I’ll probably try and watch them now because you were in them.

DH: The thing is before I was in them I didn’t know the hype behind it, I didn’t read the books, so I’m totally with you I’m not a big movie person.

TC: Did you have a big part in the movie?

DH: Yeah I worked on it for about three to four months and it was really cool. It was my whole summer and it was right before I turned 16. So we just became a really big family and it was a lot of fun. All the cast members, we’re still really great friends now.

TC: What made you do the switch?

DH: Well I grew up in North Carolina so I grew up in the south and I’ve always loved country music. I always wanted to be a singer before I was an actress so I just started to write songs and record music and finally I just got the courage to put it out there, so we’re excited.

TC: That is exciting.

DH: The Raleigh area, the capital.

DH: Everybody knows about Charlotte, you know Charlotte?

DH: That should be our capitol but it’s not. *laughs*

TC: It’s not, nope. That’s how that works out. *laughs*  So your new single, “Front Page News”. Very cute song. I like the story behind it and I like that idea.

TC: What style would you say you have, or what makes you different from the rest?

DH: I’m not putting myself into this one genre. What I do when we go into a write is whatever song or artist I’m listening to that day, I’ll go in and that will be in my inspiration for the day. So it could be Dolly Parton, it could be LeAnn Rimes, it could be Carrie Underwood. It could be anywhere from the countriest of country to country pop. I don’t really have a set genre that I want to put myself into, so I think that makes me kinda different. One day I could be this way and another day I could put out a different song. The thing is, I love my music and I love putting it out. That’s what’s most important to me, that I love what I do.

TC: I think a lot of people are doing that now. They’re trying to not sing just country or just pop. They’re all branching out. Not everyone’s a fan of that but…

DH: But you know what? Maren Morris is killing it. She just went into pop and I love her. She was kind of our inspiration for this song, “Front Page News” because we listened to her whole album and we went from there. She was my inspiration for the day.

TC: So who are your musical influences?

TC: Okay, so the music you grew up on. Who are your favorites today then? Maren Morris for sure.

DH: Maren Morris, all women are killing it right now in country music. Lauren Alaina is killing it. Danielle Bradbery, yeah, we’re all kinda killing it in our own way.

TC: Do you have other favorites that aren’t in country music too?

DH: Yeah, I kinda like the dance music too sometimes, like Zed is really good and Martin Garrix. That’s what I said, I don’t like to put myself into one little thing. I just love all different types of music. One day I could be listening to broadway music, and then the next day country music, and the next day Ariana Grande.

TC: That’s okay! Do you think any of those other genres inspire you and then come into your music?

DH: I definitely love Ariana Grande’s voice and I love her style, so I like to take a little bit of what she does and I’ll try to put it into my voice. I think she’s an inspiration for sure, she’s killing it.

TC: So you’ve got the new single, which came out not too long ago, do you have an album coming with that?

DH: Yeah that will be toward the end of this year, but my next one, called, “Next One” … *laughs* Everybody loves me saying that. It’s called, “Next One” and it’s going to be really cool and coming out probably in the next month, so I’m super excited about that.

TC: Okay, and that’s another single?

DH: Yes, I’ll release a couple singles and then the album will probably come out at the end of the year.

TC: Perfect, I’ll be watching for it. Do you ever see yourself leaving acting at all and focusing on the music altogether?

DH: I don’t. It’s always been something that’s with me. I always say I’d love to do something where I could mix the two, maybe do a new, “Nashville” or something. That’d be really fun. I don’t think I’m going to leave it. I just need to put it over here for a minute because I’ve dedicated my life to it so now it’s time for my music to take reign.

TC: Do you write your own music?

DH: Yeah so that “Front Page News” song that I just put out, was the first single I wrote. I wrote that with my two friends, Katie Garfield and Micah Wilshire. They’re really big down here in Nashville and they’re big writers, and it was a lot of fun. I’ve been writing back at home, but haven’t actually gotten into a studio and wrote before. It’s a little intimidating, but it’s a lot of fun and they made it really fun. It came out and it was great. I fell in love with the writing process so I’ve been writing nonstop and that’s exciting.

TC: That’s great! It’s your first time at CMA Fest, and you don’t live here yet, but do you want to live here?

TC: Easily. So are you touring at all?

DH: Yeah I have some dates we’re setting up right now. I know I have one in Ocean City, Maryland I’m super excited about. I’m opening for a couple artists come August and September.

TC: Are you playing anywhere here during CMA Fest yet?

DH: Not this week yet. I’m just doing the awards right now. After this I go do my hair and makeup for the awards and then I head back to North Carolina tomorrow. So I’ll catch a couple of my friends tomorrow performing and then I’ll go down. 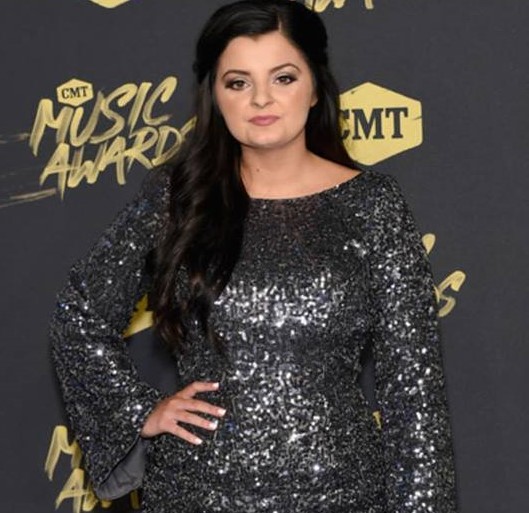 TC: So you are going to the awards then right? That’s a big deal today.

TC: Yeah, I’ve been I think one time and it was up in the nosebleeds..

DH: Any seat when you’re at a country music awards is good. You could be up in the nosebleeds or you could be outside, it’d be great.

TC: That’s true. Okay, so a couple questions that we always ask, and I was a little nervous about what I could ask…

TC: On your Instagram and other socials you look really young so I thought, “I don’t even know if she’s drinking age yet!”

DH: I would want to make it a really girly bar because I like really girly drinks and I’m not afraid to say it. Of course there could be beers and stuff like that, but I love the fruity cocktails and all that fun stuff.

TC: The drink and don’t taste the alcohol type of drink.

DH: I think it’d be fun. I like going to restaurants and bars that have a Cotton Candy drink or something like that, so I think that’d be really fun to have that type of bar in Nashville. I don’t know what the name would be. It’d be hard. Maybe something like Coco’s House or something since that’s my name. People call me Coco sometimes.

TC: That would definitely be different!

TC: What would the name of that be?

DH: Coco’s Cotton Candy Concoction. Something like that. *laughs* It’s a good thing I’m not in that industry. I’m not good at those names.

TC: That’s great. I think that’s all the questions I have. Thank you, it was great meeting you, and have fun at the awards tonight!

Nashville, Great to finally meet you!