COUNTRY IN THE SOUTH 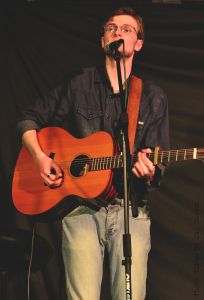 Hello again! Let me start this second edition of ‘Country In The South’ by saying that Saturday 7th May was a success – more than a success! In the previous, and the first, edition of ‘Country In The South,’ I introduced you to ‘An Evening Of Country.’ Well, on Saturday 7th May, the acoustic night had the pleasure of taking over The Winchester, one of the leading music venues in Bournemouth, for the first time.

The night began with myself, performing my own originals and takes on Dierk Bentley’s ‘Drunk On A Plane,’ and Charles Kelley’s ‘The Driver.’ Before I even started, I was amazed by all the new faces that were watching. But, with every song, the room seemed to fill with more and more people. By the time I had finished, it was to become the biggest show ‘An Evening Of Country’ had ever put on.

Following on from me, was the vastly talented, Amie Knight. Her set blew the audience away! Her performance ranged from modern hits, such as Carrie Underwood’s ‘Church Bells,’ to more classic numbers, like the famous ‘You Say Nothing At All.’ As a solo act, it can be hard to fill the stage, let alone the room, but Amie Knight, with her great showmanship and powerful voice, made it look easy! By the end of her set, you just knew it was going to be a brilliant night! 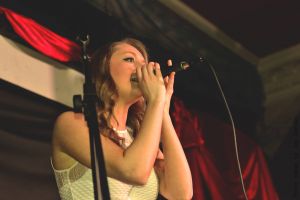 With the introduction of the third act, the night moved away from the solo artists and arrived at the incredible, and entertaining, duo, that is Soulcreek! Singer and guitarist, Jack Lande, and Ben Parker, accomplished lead guitarist, wowed the crowd with their own, unique take on covers of ‘Walking In Memphis,’ and Florida Georgia Line’s latest hit, ‘H.O.L.Y.’ And, as their set drew close to an end, they had a surprise for the audience. They invited Jack’s younger brother, Ollins, to join them on stage, playing Cajon and accompanying his brother on vocals. This certainly kept the crowd’s hands clapping and feet stomping. And, when they finished with an outstanding rendition of Zac Brown Band’s ‘Chicken Fried,’ there was only one option: an encore. 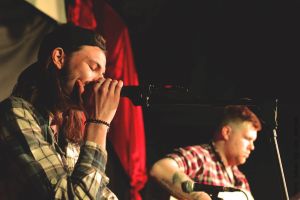 When Soulcreek finished, leaving the audience enthused and buzzing, they made way for the headliners of the evening: the stunning husband and wife team of Stanford Road. Having played ‘An Evening Of Country’ many a time before, gracing audiences with their beautiful song-writing and mesmerising harmonies, they had never done so in the company of their full band. Saturday 7th May, that all changed. Joined by their bassist, percussionist, and their fiddle player, they brought a new dimension to their music and the night. Starting with their powerful, lively original, ‘Independence Highway,’ they went on to play an incredible set and, when the audience wanted more at the end, they gave them more, closing the night with nothing more suitable: Johnny Cash’s ‘Ring Of Fire.’ 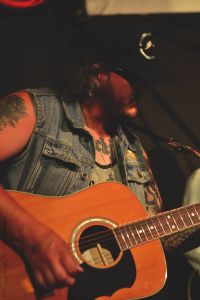 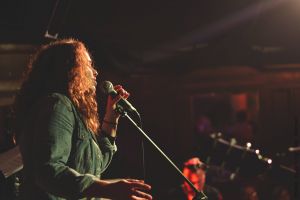 The night was a blast and the venue loved it – so much so, it will be happening again on Saturday 6th August!

For more information on the acts, find them all on social media:

To find out more about ‘An Evening Of Country,’ find it at: www.facebook.com/aneveningofcounty or contact 07790606966.