“Highly anticipated” is a phrase that I feel is over-used these days when it comes to new music, but with a gap of over three and a half years since her last studio album, the Grammy nominated “Big Day In A Small Town”, I feel justified in using it to describe Brandy Clark’s upcoming release. Yes, Brandy has definitely tested the patience of her loyal following but believe me, that patience will be more than rewarded on 6th March when the Nashville based artist puts her latest album “Your Life Is A Record“ (Warner Records) out into the world, and I feel privileged to have had early access to this collection of eleven songs, all of which she co-penned. She had already told me in our interview for Think Country last October (HERE) that it’s a much more personal body of work than she has put out before, and to my mind it definitely has moments where she fully exposes a vulnerability in both her writing and delivery that has only been hinted at in the past.

Working once again with producer/multi instrumentalist Jay Joyce, he has described it as a “ break up album” and indeed Brandy has mentioned in a couple of recent articles that she has come out of a long-term relationship since their last collaboration. And while there are definitely some extremely pensive heart breakers in the mix (whether by design or osmosis) which is to be expected on a country album anyway, don’t worry as Brandy’s trademark humour, storytelling and observational writing is well represented too.

Not wanting to make the same record twice, Jay and Brandy took a totally different approach this time, initially recording each track acoustically using just four musicians (themselves alongside Giles Reaves and Jedd Hughes) before adding a few electric instruments where deemed necessary. In addition, The Memphis Strings and Horns which were intended to feature on just two songs sounded such a perfect fit that they ended up being used to a greater or lesser degree on all the tracks (with stunning arrangements by Lester Snell) and goodness, I absolutely adore their contributions which add a different dimension to anything we have heard from Brandy in the past. On the ballads in particular the melancholic cello and sweeping violin accompaniment is achingly beautiful, and I also love the punctuation the horn section provides, sometimes subtle (that flute!!) and at other times more dramatic……. while still an album rooted in the country music which is at Brandy’s heart, hints of jazz and blues come through as a result.

Looking at the writing credits I noticed the names of many of Brandy’s favourite co-writers, in particular her good friend Jessie Jo Dillon as well as the likes of Shane McAnally, Scott Stepakoff and Luke Laird, but there are some first time collaborations on there too including Chase McGill, Barry Dean and Jonathan Singleton . As well as writing specifically for this album Brandy has also delved into her back catalogue and found two songs that were previously recorded by other artists but are perfect fits for this project, and there’s also a duet in the mix …..both firsts for her when it comes to studio albums as far as I’m aware. So, there’s familiarity as well as unchartered territory represented here in many respects, which fans may have already gauged from the few songs made available pre-release and being performed at recent concerts, and all of this made me even more curious as to what to expect as I slipped the CD into my player.

It’s an album I have now listened to countless times, I was originally planning to pick out a few of my favourite tracks for mentions here – I very rarely write a “ track by track” album review –  but given this is to be posted pre-release I thought some of you may be interested in a bit more detail about what to expect next Friday by way of a few lines and thoughts about each song. Oh and another reason for doing this is that my favourites change with each listen! 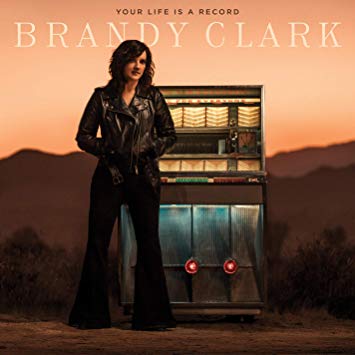 This stunning ballad doesn’t so much “kick off” the album but eases you in gently,  with Brandy’s emotional vocals and the soaring string section washing over you. The clever concept in the song’s opening lines provide the album’s title……. “If your life is a record, people and places are the songs” . Reflecting on a past relationship that has resulted in the couple becoming each others sad songs on their respective records, the fact that Brandy adds  “at least we had a song”  shows that there’s no regret that their paths crossed. The second verse in particular turns me into a blubbering mess, the track ripped my heart out on first listen, and continues to do so every time I hear it.2. “Long Walk” ( Brandy Clark/Jessie Jo Dillon/Jesse Frasure) 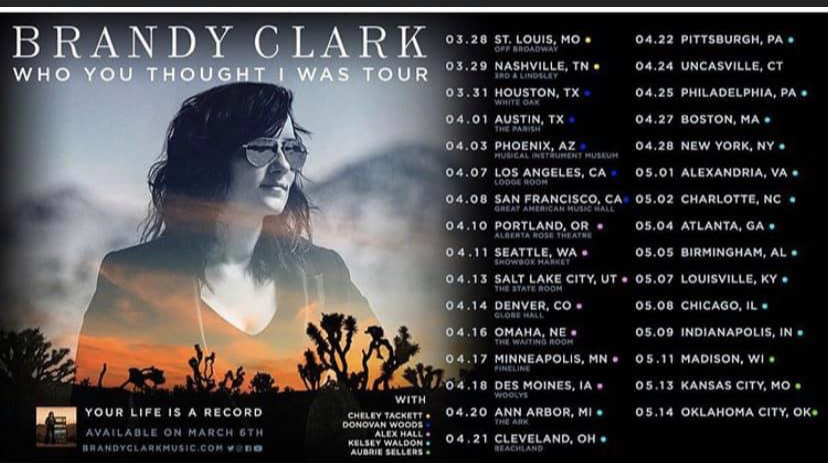