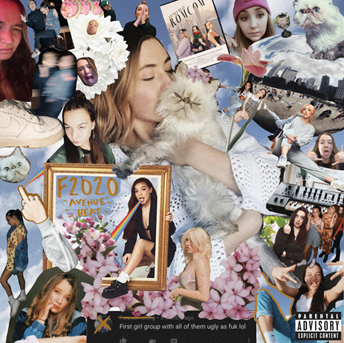 Skewering the pandemic, social isolation, dead pets, bad romance and a failed single, the group surreptitiously released a minute and half version of “F2020” to TikTok, however, underestimating the virality of the track. 12 hours and 4.5 million plays later, “F2020”, a track they so brazenly presented to the world, was now being celebrated as the anthem of the year.

Just as importantly as the low impact track rolls and their angelic harmonies rise, the video behind them calls out the social injustices plaguing their conscience. Images of Justice for George Floyd, Breonna Taylor, Ahmaud Arbery, Elijah McClain and Tony McDade, the postponed Olympics, President Trump, killer hornets, Kobe Bryant, the Australian wildfires, hazmat suits and their extended middle finger offer a time capsule of how hard the year has been.

Exactly what you’d expect from underneath the baggy clothes and wicked side-eye, Avenue Beat distill the angst of their generation. Whether it’s their gently candid “i don’t really like your boyfriend” to hype their friend to the passive aggressive ways of toxic masculinity or “thank you anxiety,” written shortly after moving away from home, the way social awkwardness makes life patently awful, this is the current Generation Next swims in.

Recognizing the narrowing of the portal, the increased speed of life, the impossible expectations and the shrinking realm of opportunities, The Quincy, Illinois natives, who grew up ingesting social media platforms and theatre groups continue doing what they do best: laugh and tell the truth. Being honest, real and up front, they’re placing the blame squarely where it belongs: a year gone massively, horribly wrong. 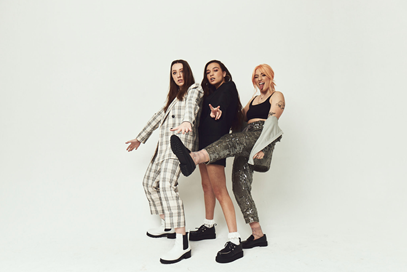 They may not have any answers, but they believe in collective consciousness. Having written the song, that succinctly says it all, they just want you to sing along…

In Conversation With Brett Eldredge – The Sunday Drive Inte...

TC in Conversation with Leah Turner