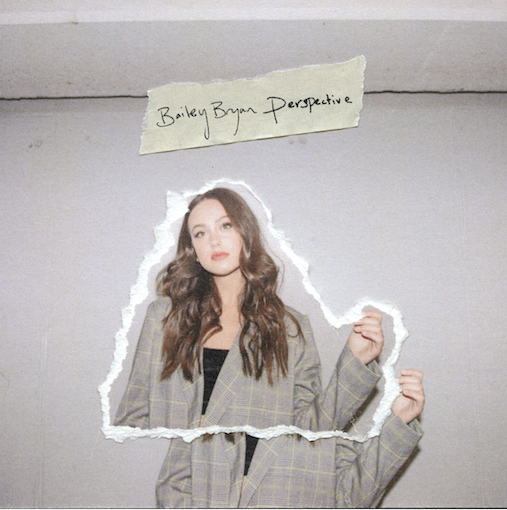 Nashville based singer-songwriter Bailey Bryan has released her charming and confident track ‘Perspective’, the second offering from her forthcoming EP out later this year via 300 Entertainment / Warner Music Nashville. Which you can listen to HERE

Alongside the new single, Bryan has announced her return to the UK in May, as she joins LANCO for a string of dates, kicking off on May 1st at London’s O2 Academy Islington.

Following the release of the highly-emotive ‘Songbird’, the new cut throws a spotlight on Bryan’s myriad influences, which range from hip hop to grunge and of course country, and avoids the super saccharine clichés that litter other heartsick ditties—something Bryan said was important to her.

“I’d rather sound like the biggest weirdo in the world than put out something sappy…it’s just not me,” Bryan explains. “And the reason I like this one so much is because it really captures the core of what I think real love should be: something that reflects back on you and makes you see yourself in a different, more positive light. It came from a place in me that I didn’t even know existed. It’s my version of a love song and the first love song I’ve ever written.”

While a unique relationship inspired the first kernels of the song, Bryan says she recorded it with another group in mind. Explaining the sentiment behind the lyric video for the song, Bryan shared “There’s just some really thoughtful, sweet people that have become fans of my music,” she adds. “When I started thinking of it from that perspective I was like, ‘Man, I want to dedicate this song to those people.’”

Bailey Bryan fell in love with storytelling and songwriting at an early age, penning every track on her impactful debut EP, So Far with critics including Rolling Stone and Entertainment Weekly touting her as an “Artist You Need To Know.” The Billboard ”Chartbreaker” has already turned heads with her “rich songwriting” (New York Times) and infectious sound. The Washington State native has played for live audiences across the USA on dates with Kane Brown, Dan + Shay and major festivals including CMA Music Fest and Stagecoach, as well as C2C this side of the pond.

Crawford & Power – A Lot Can Happen in Six Months

Getting Real with Lauren Duski