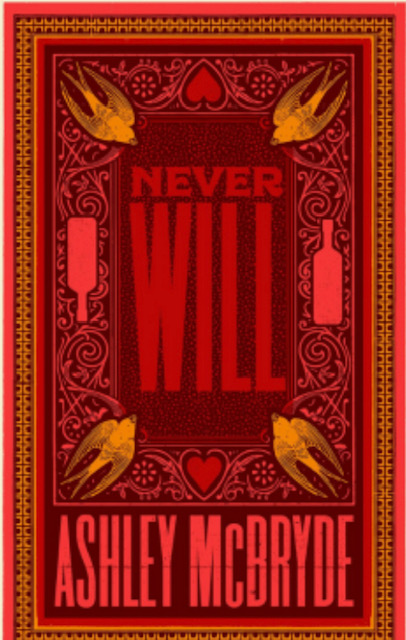 Is it a coincidence that the title tracks to both major label releases from Ashley McBryde are ” middle finger” songs to those doubting her chances of making a successful career as a singer/songwriter? From what I know of the determined Arkansas native I think not. And if her critics were eating their words after the success of ” Girl Going Nowhere” I predict they’ll be choking on them with its successor, ” Never Will” released on April 3rd via Warner Music Nashville and which I was privileged to be privy to a few weeks early …..it’s further proof if any is needed that Ashley McBryde is in this for the long run.

In fact, I could hear their choking begin several months before this album’s official release date thanks to the critical reception to the tracks made available beforehand, not to mention her fans’ reactions to them and several others on this collection when they were played live ( remember live shows?) . Of course this includes that stunning trilogy ( songs and brilliant videos!) with which all  reading this are no doubt familiar, which kicked off with the album’s lead single ” One Night Standards”, continue with ” Martha Divine” and concluded with ” Hang In There Girl ” , all three co-written by Ashley with their lyrics showcasing her humorous take on life while also providing food for thought as she loves to do . And I swear that voice is getting even stronger these days if that’s possible!
Once again Ashley has joined forces with Jay Joyce, at the helm as producer but who also plays a myriad of instruments alongside the wonderfully talented members of Ashley’s regular band ” Deadhorse”, several of whom are also credited as co-writers this time round,  joining familiar names with whom  Ashley has collaborated with in the past including Nicolette Hayford, Jeremy Bussey , Blue Foley and the late Randall Clay. Exciting first time additions to the writing credits include Shane McAnally and Brandy Clark. Interesting, too, for a writer as prolific as Ashley that two outside cuts made it onto the album this time.
While a studio album will never totally capture the on stage electricity of a live show, especially when it comes to an artist and her band who have such a great connection as Ashley does with hers, Jay Joyce and executive producer John Peets near as damn nail it in my opinion.
As mentioned earlier, a lot of the eleven tracks weren’t totally new to my ears, nor will be to most peoples ( I understand the marketing ploys behind this while still missing the days when a new album release was exactly that! ) so I’m not writing a track by track review but will instead pick out just a few to focus on which were either completely or relatively new to me when I slipped the CD into my player for the first time. They also help reflect the variety this album offers.
Stone ( Ashley McBryde/ Nicolette Hayford )
Ever since I’d first heard that these two amazing writers had got together and written about something they tragically both have in common, namely the untimely loss of a brother who were both ex military, I was intrigued to hear this track more than any other. All the best country music I’ve come across contains at least an element of truth and comes from the heart, and no more so than this song. In fact even before listening to it I read its lyrics, not once but several times, and goodness they are powerful! And who’d have thought the word ” stone” ( also the surname of Nicolette’s brother) could be used in so many different contexts? The most poignant lines for me were the realisation, all too late, that the siblings shared so many traits ( having been cut from the same stone) and the heart breaking lines towards the end …..” Yeah there’s a lot of things that should be written in one/But your name ain’t one of them”.
It’s one the most delicate songs on the album when it comes to Ashley’s vocal delivery, which together with the subtle instrumentation ( the military drum beat is a genius touch) draws the listener in to this ballad’s lyrics. Incredible.
Sparrow ( Ashley McBryde/Nicolette Hayford/Brandy Clark/Connie Harrington/Jake Mitchell/Aaron Raitiere)
Sometimes less is more, but this long list of co-writers proves that more is more at times too! Made available pre-album release, I was already captivated by this beautiful song which tackles the ironies and downside behind success in the music business,  but I’m sure they are equally relevant to anyone who’s work takes them away from their loved ones for extended periods. Loneliness, sleepless nights, the longing for ” the wind to take you home” …while at the same time not wanting to ” trade nothin’ for the way it feels to fly “.  Ashley’s strong soaring vocals ( no pun intended!) in the choruses are in perfect contrast to the verses, there’s a particularly emotional delivery from her throughout on this track and I love its strong harmonies as well. Instrumentally it begins with a simple acoustic guitar accompaniment during the first verse before drums, electric guitar ( what a great solo, one of several on the album ) and keyboards kick in. A really thought provoking song.

Definitely the most trad country track on the album both lyrically, arrangement-wise  ( I particularly love Chris Harris’ mandolin picking ) and in Ashley’s vocal delivery which has an extra strong ” twang”. And who doesn’t love as story song with a twist at the very end?  This song paints such a great picture of the cabin where elicit love-making took place between two people from totally different backgrounds, their story relayed by the fruit of their liaison. I’d make for a great video I reckon! This could have come straight off a Reba album from yesteryear for all the reasons I’ve just mentioned! Love it!
Shut Up Sheila ( Nicolette Hayford/Charles Chisholm)
One of the two aforementioned outside cuts, I love this song’s bluesy vibe as Ashley vents her anger at the holier than thou woman who is preaching about how to mourn the passing of a close family member. ” We just go about letting go in our own way”…..” if we want to throw the ashes off the goddam roof, then we’re going to”. You can hear her getting more irate as the song progress, its fabulous guitar solo screaming at Sheila just as Ashley would like to do herself I’m sure. A song who’s message can be applied to many walks of life…..we are all different, we all have our own coping mechanisms, don’t ram your ideas down the throats of others. I love the disclaimer in the album linear notes too……” To Anyone Names Sheila: Miss McBryde, her band, co-writers and association harbor no ill will towards people named Sheila”. Classic!!
Styrofoam ( Randall Clay)
The other of the album’s outside cuts, this one a solo write by Ashley’s late close friend and frequent co-writer, this song ends the album in a really fun, uplifting way! Oh and its also very educational! The only word I can find to describe it in it’s entirety is ” unique”. I love its hilarious lyrics about how this manmade substance has helped revolutionise modern life ( I laughed out loud at the lines about it helping to keep ” that crappy ashtray that your kid made in class to send to grandpappy” safe in the mail!) which are sometimes spoken, sometimes sung. The funky guitar accompaniment ( could be thanks to a whammy pedal but I’m no guitar expert!) is a perfect choice, and as in “Sparrow ” the group harmonies are brilliant! A real catchy toe tapper.
I’ve heard Ashley say that she’s not sure if this album is a country one with a few rock tracks, or vice versa. For me it’s the country that leaps out, but whatever listeners may hear in it there’s no doubt in my mind that it’s another incredible release, great music is great music however you chose to categorise it in my opinion and ” Never Will”  is great with a capital G. 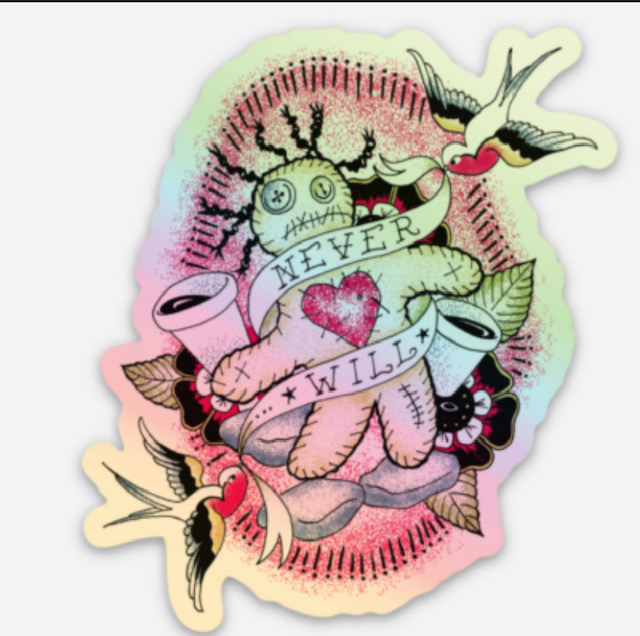 Dan Smalley Interview – If I’m Being Honest, He’...