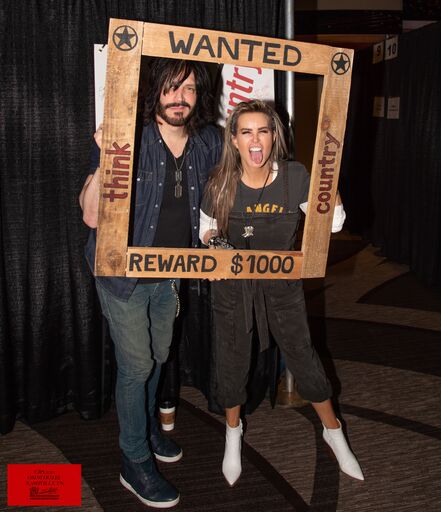 They really are a dynamic duo.  They are Gordon Brown and Reagan Richards of Williams Honor and you haven’t seen serious raw talent until you’ve seen them live.  Yes, they sound great on a recording, but Williams Honor bring it whether they’ve had all the help of studio magicians or whether they’re out there in a club doing it on their own.  They’re brilliant.

Think Country has been following them for quite a while now and we were glad to sit down with them again this year at CRS 2020 to catch up for a few minutes.

Think Country:  Williams Honor! So glad to see you guys!  What’s new? I know you have a new single out, tell me about that.  It’s called “Step!”

Williams Honor (Gordon Brown):  So, “Step!” is the first track from the next record.  We’re entering our second round and it’s so exciting. When acts put out their first album and they work it real hard to start to establish who they are, what they do, why they’re artists, and Reagan and I, because we’ve had prior careers, we were really excited to get back into the band business,  get out on the road and show people it’s an extension of what we’ve always done. Now, we’re at part two. We’re just about to finish the album. We’re gonna go back to Jersey, we’ve got one more month to tidy up some things and in the meantime we just wanted to show everybody what’s coming. This song is a great representation of that.  It’s for our fan base, the Williams Honor Army.

WH (GB):  It’s exciting.  It shows what the record is gonna be about.

TC:  If the whole record is going to be like that song or a little bit of that type of flavor, I like it already.

TC:  I know you had your release party at Winners here in Nashville.  How did that go?

WH (RR):  You know, it’s funny because I say this all the time, we’re almost overstimulated.  There’s too much to do, there’s so much we can do. Forget even going out, there’s so much people can do to be overstimulated.  They can use their phones, they don’t even have to go out the door, especially in Nashville where at every turn there’s talent. So, to have that room filled with so much love and support was absolutely unbelievable.  It always blows us away.

WH (GB):  You know, we spend time in Jersey and Nashville, so when we come here and start to set the single up, and we have all of our friends and family here in Nashville, it’s like we have two homes. 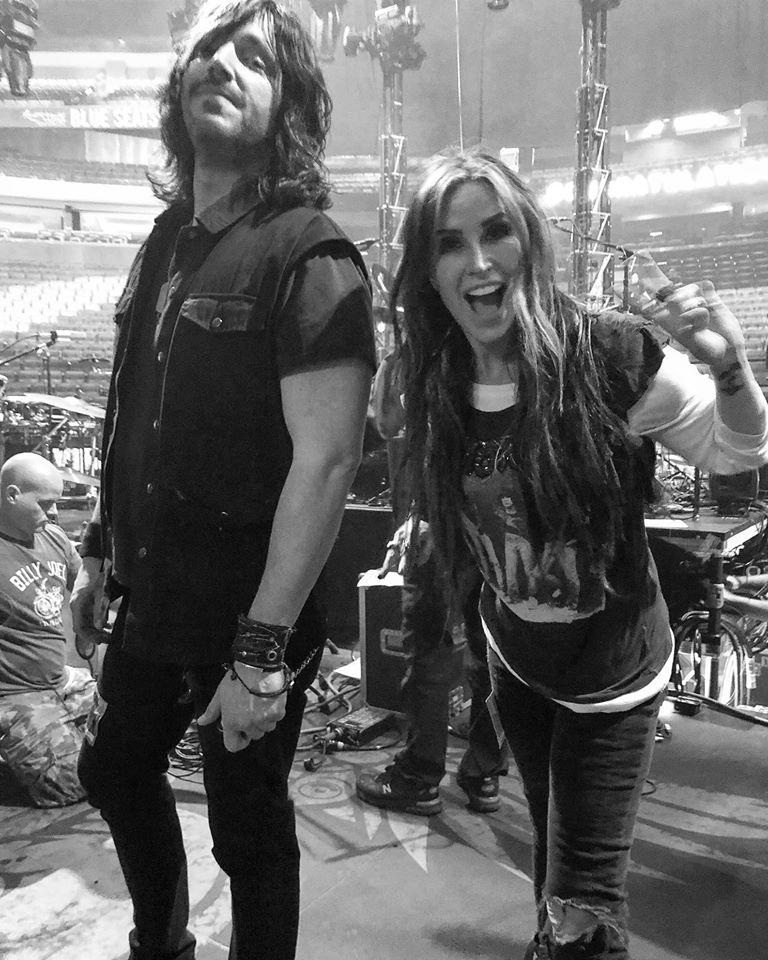 WH (GB):  It’s beginning to build.  Over the past 15 years, Reagan and I have both spent our time half in Nashville and half in New Jersey, so when you’re out with other artists and touring, it’s easy to hub out of here or hub out of Jersey.  They’re both music cities. We come from one of the great regions in America that post some of the biggest record sales in any region.

WH (RR):  Also, people like yourself, like Think Country and publications and country radio, that is something when you talk about getting a fan base, that’s because of you guys spreading the word.  I mean, you guys are so incredible. Whenever we have something going on you’re sharing it and you’re getting your followers to be turned on to it, so it really is a domino effect, how one thing affects the other.  It’s how people start hearing about something. It’s not anymore where it’s the machine that builds the artist, it’s us, it’s you, it’s the person that comes to a show and tells someone else. It’s all of those things, so it really is a great time to be an artist because there are so many mouths to keep it going. 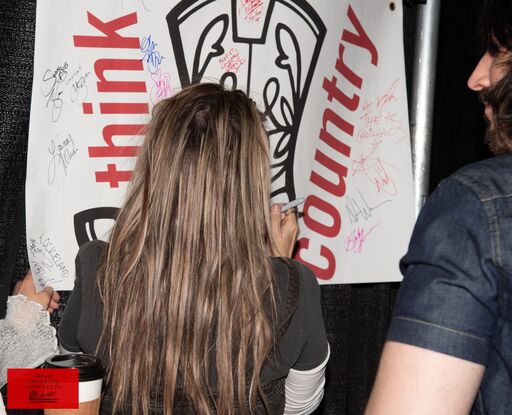 TC:  True.  So many artists are building their own fan bases from the ground up in just the way you said.

WH (RR):  Right. Miranda (Lambert) was just saying yesterday (in a presentation at CRS) that there might be a track on an album that she never thinks will see the light of day, and the label might say they don’t think it’s good for the record and they might fight and go back and forth.  Like she said yesterday, nowadays with social media, Instagram, Tik Tok, Facebook and everything, now if the label doesn’t want to put it out, you can put it out on there and maybe even more people will get to hear it. You never know.

TC:  The single that was never meant to be a single, right?

WH (RR):   Exactly. Like she said, “Tin Man” (Miranda Lambert), is a song where people I know that maybe aren’t country music followers, they know “Tin Man”.  She said it wasn’t even a top 10 or a top 15. You’d never know it because everybody was covering that song.

WH (GB):  That’s what used to happen with rock artists back in the day.  Led Zeppelin put out “Stairway to Heaven” and nobody even took that song as much at all for two years and then it made them the greatest rock band in history.

TC:  When is the full album going to come out?

WH (RR):  The record is pretty much finished and the only thing that’s held us up, which is a good problem to have, is we just kept writing songs for it.  We’re always writing and all of a sudden we would say, “You know, this would be perfect for the record,” and finally we decided we had to stop because we’ll never finish this.  It was kind of a battle we’d have, he’d be like, “Please, can this go on the next album?” and I would be like, “Please, please can it go on this album?”

TC:  Kind of like “Just one more drink and I’ll go home,” we all know how that usually ends.

WH (RR):  Yeah, at the moment, in case we write one more after we leave here. (Laughing)

TC:  You’re gonna wind up with a double album.

WH (GB):  There are so many cool things.  Songs that you write are kind of like marking the time for you as an artist.  If you put out a CD, there’s a certain amount of actual space for your wave lines, right?  So, now you can do that and put out extra tracks on your socials. Like, you can do so much cool stuff to mark the time of your artistry, that’s all a record really is.

TC:  Things are so different now than ever before.  Back in the day, you put out an album and that was it.  Now artists can surprise you with digital songs. All kinds of stuff.

WH (GB):  Yeah, so much you can do.  You can go back and remix things that can come out next year, there’s tracks that have different arrangements, featured artists that come out two years from now, it’s insane.  It never has to stop.

WH (RR):  At the end of the day, you just want to be heard, you know, and however that happens, whether it’s on the official album or it’s a social media post or an additional track that’s thrown in somewhere else it doesn’t matter.  As long as it’s inspiring people and moving people to say, “You know what? I’m not gonna sit on my couch tonight, I’m gonna go out and see this band. I love this song that I heard on Instagram.”

TC:  That’s it.  Live music. So, where will you guys be going to promote this music?  Anywhere new and different?

WH (GB):  Well, we’re taking it to radio because that’s the most important thing.

WH (GB):  For us, radio leads the way and hopefully in the summer we’ll be everywhere.

WH (RR):  Again, I want to say thank you.  You guys have been so good to us and we really appreciate that.

TC:  We appreciate you so much too.  You’re one of our favorites because you treat us so well and we love your music and believe in you.

(At this point I had Williams Honor pick a card from our “Chat Pack” game, read the question on the card out loud and answer it)

TC:  Since we’re about ready to wrap this up, one last thing.  I’m going to ask you guys to pick a card from this “Chat Pack” and answer the question on the card.  Really easy.

WH (RR):  “What is one piece of advice you wish you could pass along to everyone else?” Oh, wow, there’s so many things.  (Pointing at our supply of mints on the table) Always have mints.

WH (RR):  (Laughing)  Yes! You know why, though, it’s because when you’re communicating with people you can say the most incredible thing, but if you’re stinkin’ that’s all they can think of.

(Gordon picked his card next)

WH (GB):  “If you could un-invent any past invention, which one would it be?  Please consider all the ramifications of eliminating this invention.”  I would get rid of planes.

WH (GB):  Not aviation, but planes because of the way they’re built now.  I think they could be built better. I would rebuild them. I would rebuild something else that wouldn’t be like planes are now.  Planes get old, they don’t work the way they were intended to when they were first built. I would get rid of planes like they are now and create something new to take their place.

TC:  Always fun to see you guys.  Thanks so much for stopping by and hanging out again. 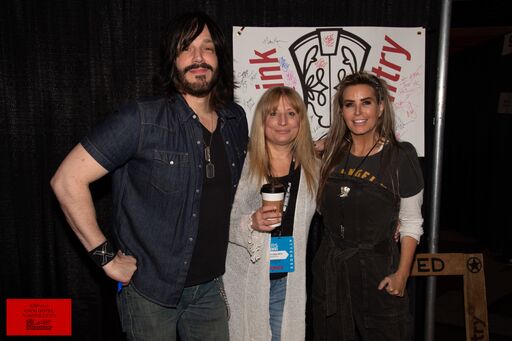