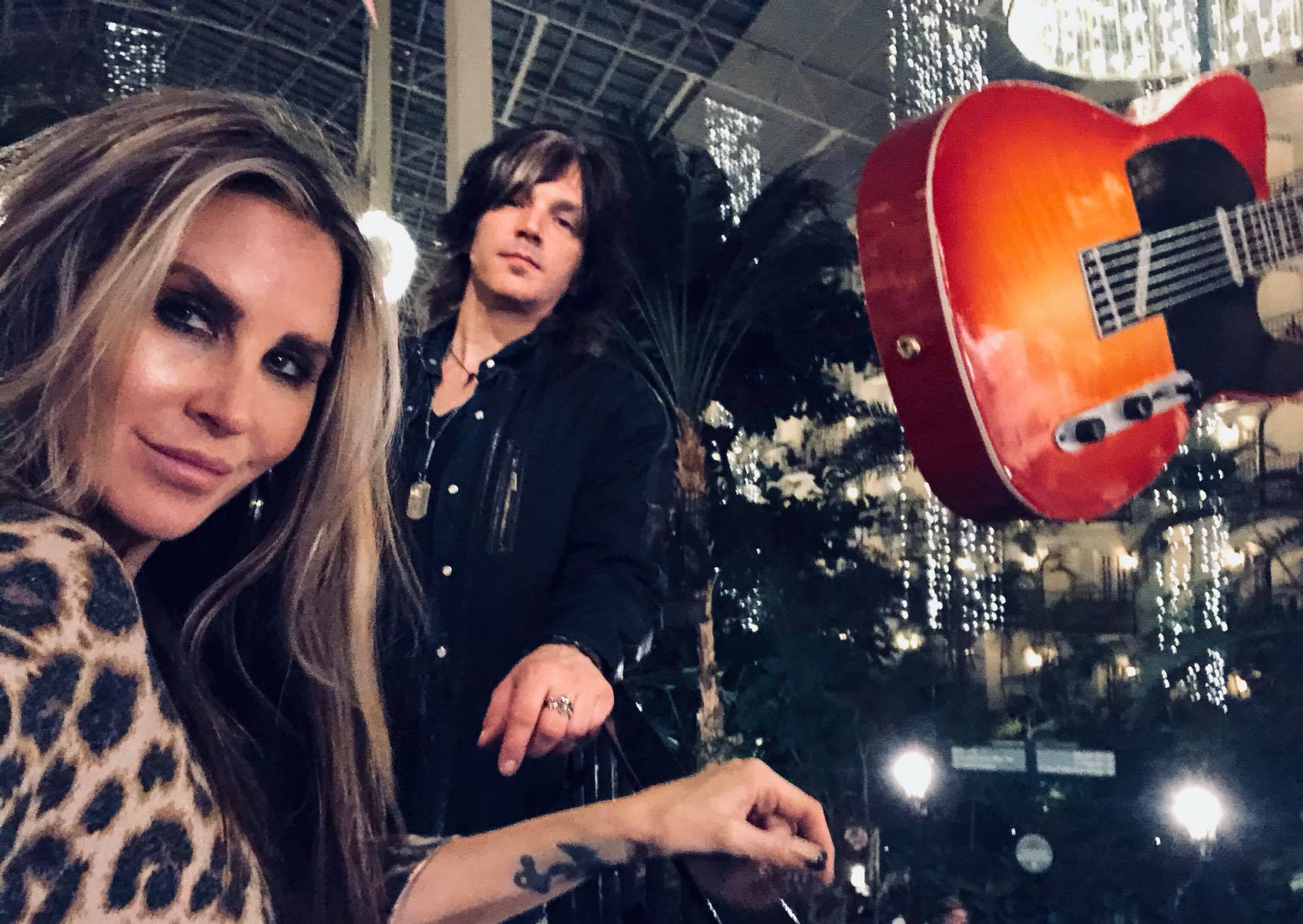 It’s always our pleasure to sit down and talk with Gordon Brown and Reagan Richards of Williams Honor and this year certainly was no different.  In fact, I think these two not only get better musically every year, they become more fun as well.  It’s always unfortunate that the time allotted to speak with them is so short.  We managed to squeeze in the important things, and this past year was filled with high points for Williams Honor.

I thought about trying to write this interview in my own words, but upon playing back the recording, I decided there was simply no way I could do better than how it played out verbatim as we chatted with Gordon and Reagan, so it’s coming to you as it went down on that February day at CRS.  By the way, if you ever have the opportunity to see Williams Honor live, please do not pass it up.  Look them up on socials, find them wherever you can.  They are the most genuine of human beings as well as the most talented of artists.  We can never say enough positive things about them, and without further delay, here we go:

Think Country:  So, how are you?

Williams Honor (Gordon Brown):  So, we have had quite a year.  We started working on our record last year, and in the interim, all of a sudden, we find ourselves playing Madison Square Garden.

WH (GB):  It was very interesting, because you know, the most unexpected things happen when you are building momentum with your band, and trying to come up with your catalog.  You’re just trying to go forward and go to radio, and all of a sudden, this amazing and miraculous event happens in your lives.  You know, people in Nashville grow up and think, “I can’t wait to play The Opry”, and we grew up in New Jersey, and Madison Square Garden is an hour, an hour and a half away, so it’s the exact same thing.

WH (GB):  Right!  To play Madison Square Garden is one thing, but to play it with one of your musical heroes from the neighborhood, wow.

TC:  How did that come about?

WH (GB):  Well, they were doing all kinds of stuff with their opening acts throughout the year, and we were the first act to be able to do it with them as they got out of the Hall of Fame, so it was like, “I can’t believe that we get this opportunity”, you know, and the best part was, we got to do it on stage with guys that have been in our careers for the last 15 to 20 years.  So, to do that as Williams Honor is one thing, but if we get to turn around and…

WH (RR):  We played with our full band and it was just so great to see it happen with the guys that we play with and who have really been there for Williams Honor, and have been going through it with us.

WH (GB):  It was a real Jersey invasion of New York City.

TC:  Let’s talk about the music.  Have you got new music on the way?

WH (RR):  Yeah.  We’ve got new music coming up, and you know, we’ve had so much fun with the first record and country radio is so good to us with “Send It to Me” and then the top 30 with “No Umbrella”.  Then when you’re on the road for as long as we were, going to radio, you do a lot of writing and all of a sudden you have all of these songs and it almost gets overwhelming.  You have all of these things that you wrote, and all of a sudden we said we have to get this down to about 11 or 12, and now were at 14, and now we’re at 25, and I actually said to him at one point a few months ago, I said, “Can we just do a double album?”  He said, “No, we’re just doing one album.”

WH (RR):  In this time that we’ve been on the road, we’ve seen so much, and they say to write what you know.  We’ve witnessed friends go through some sad times and family members too, so the working title of this is The Breakup Album, so all the songs have some semblance of a breakup.  A lot of times when people hear that, they think it’s a very sad album.  Sometimes when you hear about breakup records they’re exactly like that, this one in particular, there are a couple of tear-in-your-beer songs, but there are a lot of really empowering songs, because with a breakup, there often comes a new chapter and new revelations and things like that.  Also, new appreciation for things.  There’s a song on our record called, “Learn to Walk”, and it’s really an appreciation, having gone through a breakup, of a daughter and her mother.  So, it’s all types of facets of what comes out of a breakup.

TC:  It must be hard to decide what songs to put on an album when you have to narrow it down to about 12 songs.

WH (GB):  Oh yeah.  Well, what we did for this record, once we started seeing a grouping of material that was making sense to us, I mean, we knew with this record that we wanted to make a statement, because of where we come from, because of kind of getting our foot in the door with the format of country radio.  We felt like we wanted to throw a real good punch this time.  So, this, as Reagan is saying, is almost like a statement this time.  The whole album is a statement, it’s different angles, of losing, winning, empowerment, believing in yourself and picking yourself back up off the ground.

WH (GB):  Almost, of course, things could change and things keep changing.  Right now, the first track is a song called, “My Favorite Hello”, and track 14 at the moment, is a song called, “Goodbye You”, so you can imagine everything in the middle.

TC:  What happens with streaming?  This isn’t an album you would want to put on shuffle is it?  What do you plan to do about that?

WH (GB):  Well, we are going to put this out on vinyl too, so we’re going to force people to buy the vinyl to listen all the way down the line, and they’re going to want to because we’re trying to pace the record in a way that makes sense, just like some of our favorite artists have done through the years.

WH (GB):  Totally.  That’s our thing.  That’s what Williams Honor is all about.  It’s the tradition of the format, the evolution of the format, and then, you know, us coming from New Jersey, to be kind of a reflection for everybody and go, “Hey, look what you can do again.”

TC:  When do you think this music will be out?

WH (RR):  We’re thinking the first single in May and the record in July, because we want to tease them a little with the single, let them sit with that, and then hit them with the full album.

TC:  Will you tour with the album then?

WH (GB):  We’ll start with the radio tour, and then hopefully someone will go, “Wow, I really like those guys, I want them to come tour stadiums with me this year.  In England.”

TC:  Do you have any festivals booked this year?

WH (RR):  We’re also doing the Rockland-Bergen Music Festival in Tappan, New York, June 23rd, opening as direct support for John Prine.  We’re really excited about that.  I can remember listening to John Prine and singing “Angel from Montgomery” and all of that, so yeah.  That’s really exciting.

WH (RR):  Right.  Like, we just knew you were going to be in the Rock and Roll Hall of Fame, but it didn’t work.  So, I was a little sad about that.

TC:  Maybe after you do the John Prine show, the following year he’ll have another chance and then he’ll get in.

WH (RR):  There you go.  Maybe that’s it.  We have to do the show first and that’ll be our selling point.  Let us open your show and you’ll get in right after.  For John Prine, we won’t rush him, we’ll open up the show and next year, he’s in.

TC:  Lovely seeing you and we look forward to the new music.

WH (RR):  Thank you, and we just want to say we always love seeing you guys.  You are so supportive to us.  You guys are incredible.

Williams Honor can be found:

C2C back for an Eighth Year!