William Michael Morgan is seriously one of the nicest guys you will ever meet in country music, he wowed the stage at his UK Debut at Buckle and Boots. After his set I managed to grab him for a quick five minute chat before he headed to the airport to go home to get the lowdown on how he was feeling after putting on such an awesome show! 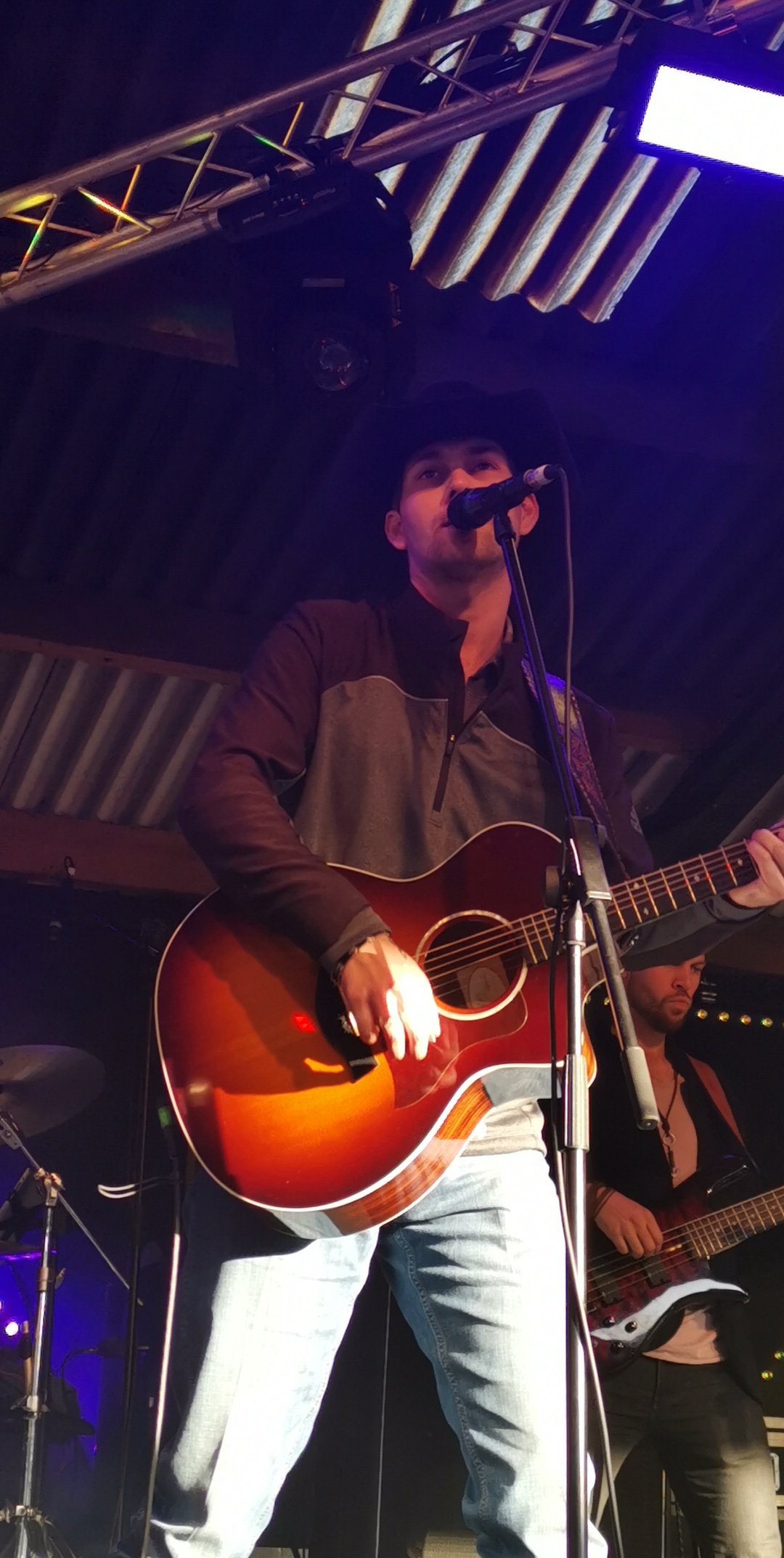 So you literally just came off stage how are you feeling now you done your first UK gig?

I absolutely love it, my whole weekend has been fabulous. Everybody is just so welcoming here, showing so much love! People just walking up to me and saying Hey and asking to take pictures, everyone was singing my songs tonight you know, it was awesome!

I imagine you have quite a massive adrenaline rush now coming off the stage?

Yeah they wanted me to come back up and sing all night and I was like Let’s Do It, I’ll get back up there!

Yeah I saw the audience wouldn’t let you leave the stage! I think the main question everyone wants to know is are you going to come back?

Will you come back and do a full UK tour?

Of course me and a couple of the guys like Gary Quinn are thinking of hooking up and doing some stuff together!

Well we met when he came over to the States last year and invited me to play The Bluebird, we went for lunch beforehand and the plan was to write together and we have wrote what I think is a really good song but yeah he’s an awesome guy.

One question I want to ask what took you so long?

We just had to get the timing right!

Is it your first time ever in the UK?

How do you feel this compares to US audiences you play all the time?

The US is pretty big so it’s kind of a huge difference, everywhere you go different lifestyles everywhere but everybody here seems to love country music and that’s the best to me!

You’ve been hanging around all weekend have you discovered anyone else you like?

I have been hanging out with American Young a lot so that’s been pretty cool! Oh and Lewis Brice and Gary too. I have met a bunch of awesome people too.

I have to say you are one of the nicest guys I have met just wandering around taking time to talk to people, you were even at one point trying to eat your breakfast and people were coming over to chat and you didn’t mind at all! It was so nice to see!

You know there was a time I could throw 20 bills around and no-one would want to chat to me so I take advantage now if people come over to say Hey to me I take the time to chat kind of like to say thank you for wanting to talk to me!

Last but not least, have you got anything you want to say to your UK fans?

Thank you! And I hope to see you sooner than later, hopefully pretty soon too!

William it’s been an absolute pleasure to get to know you this weekend and chat but I will let you run off to catch your flight back home! Thanks for chatting to us at Think Country and safe flight home!

Jess Thristan shares new single as she tells us about “The ...