Who Was The One?” The Woman In Country Music Who Changed Our Lives. 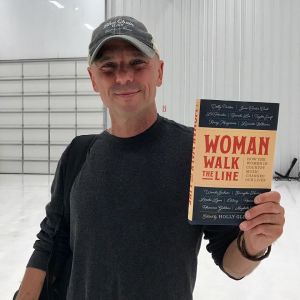 At the City Winery in Nashville, journalist, professor and sometimes songwriter Holly Gleason was looking at the future of country music. There sat onstage the Next Women of Country Class of 2018, an annual pre-CMA gathering put together by CMT as part of the Next Women In Country initiative, now in its fifth year.

Gleason might have put each to the test with a simple question which she had already asked Next Women alumnus Aubrie Sellers. “Who was the one?” 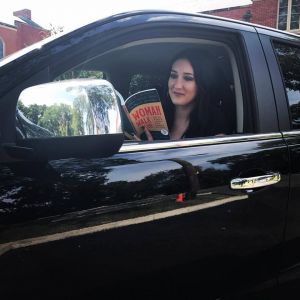 The question’s subtext was this: who was that country singer who touched you or changed you or moved you to do something different with your life?

It was something she kept asking a slew of artists, writers and singers and resulted in nearly thirty essays forming the basis of the new book Woman Walk The Line: How The Women In Country Music Changed Our Lives. The book is a profoundly personal and moving anthology of essays that are personal testament to the inspiration of life changing moments.

For a sixteen-year-old Taylor Swift on the verge of fame, it was the instructive experience of seeing a video of Brenda Lee and hearing “the gold” and reflecting on what she had seen. Swift saw someone who had taken over the world when she was a child only to go back to her country roots “proving she could write classics and break down barriers no matter what genre.”

For Wendy Pearl, a Miami Herald reporter later to become a Nashville music publicist, perhaps it all started the afternoon when she walked into a dive bar and was drawn into conversation. “You see that jukebox over there?” a Vietnam War veteran asked her. “Play anything by Patty Loveless.” A few quarters spent later, Pearl reminisces about an epiphany. “I was hearing my life played out in neon and grit, sawdust and sass.”

And for Aubrey Sellers, the daughter of singer-songwriters Lee Ann Womack and Jason Sellers, hearing Raising Sand, Alison Krauss’ collaboration with Robert Plant, made her realize she too could do music her own way and reinvent herself.

Perhaps the title of the book, taken from the song by Emmylou Harris, extolls the rules and double standards women have always had to play by. Anthology editor Gleason’s introduction recounts the recent time a radio programmer compared women in country music to being tomatoes in a salad.

The incident brought to a head the dearth of women on country radio. But if for every action there is an equal and opposite reaction, it may have been the tipping point for a sea change in focusing attention on the compelling artists all around us. It was as if radio was a bystander to a country music renaissance of sorts with Kacey Musgraves, Margo Price, Brandy Clark, Angaleena Presley, Ashley Monroe, Amanda Shires, Sunney Sweeney, Lydia Loveless, Natalie Hemby, Lilly Hiatt and Sarah Shook among a list of the most compelling artists of this decade.

The best music and art always fits the context of its time. Woman Walk The Line was released against a backdrop of almost daily revelations of sexual harassment in the arts, media and politics. Katie Armiger said she was blacklisted after she’d been sexually harassed when she was a fifteen-year-old. Ashley Judd came out publicly that early in her career, movie mogul Harvey Weinstein tried to coerce her into his hotel bed during a meeting. It led to others coming out with similar stories of their own. Taylor Swift had her day in court, successfully winning her lawsuit against a radio programmer who groped her. The award of $1 seemed like a symbolic victory for every aspiring female artist past and present. When Time Magazine announced its Person of The Year, it featured Judd and Swift among a group of women dubbed “The Silence Breakers,” in recognition of all of the voices that launched a movement.

When Margo Price released her debut album Midwest Farmer’s Daughter, “This Town Gets Around” was a stunning rejoinder to Music Row. Price recounted the tale of when she was twenty and a prospective manager and producer tried to spike her drink. All these years later, Price talks about how lucky she wasn’t raped.

On her second album All American Made, Price picks up the ages-old torch for inequality in “Pay Gap.” Price is not the first to sing about the struggles faced by women since the dawn of time. The longtime Louisville Courier rock critic Ronni Lundy writes a powerful essay in the book about country music pioneer Hazel Dickens. Dickens’ songs acknowledged the lives of coal miners and their families and provided a voice for them. The essay considers the economic inequalities faced by many women and the compromising choices they make just to survive.

Holly Gleason remembers walking into a record store in her hometown of Akron, Ohio and seeing the image of Tanya Tucker luring at her from a life size poster. Intrigued she scrounged up the $5.99 to but the record and made her way to the counter. Upon coming home her mother made a value judgement. ”She looks like a whore.” But in the grooves were the “primal soul” sounds that spoke to the young girl. Later as an adult and an aspiring journalist, Gleason reminisces driving around in Miami with her car windows down hearing Tucker’s comeback album. If Tanya could do it, she thought to herself, so could she. “Somehow I knew without knowing that I’d be okay.”

Long before Nike’s “just do it “was a marketing slogan, Maybelle Carter was booking shows for the Carter Family and driving the trio in a station wagon to shows, a precursor to the modern-day van that is the traveling home of many a country singer.

If Carter, the de facto band leader of country music’s first family didn’t ask permission, she set the stage for generations to come, even managing their legacy long after the original trio broke-up. Carter’s persona intrigued a young Caryn Rose who would one day become a journalist and author. In the book’s opening essay, Rose writes how she was always a bookworm and librarians took favor upon her, helping connect the dots of roots music’s origins and the strong woman at its center.

Perhaps the lesson of doing it your way was transferred down the generations and imparted on Sellers who didn’t want to go into the family music business. For a while she took acting lessons but succumbed to a career path that seemed inevitable. Alison Krauss had something to do with it.

“No matter how much I twisted following in the footsteps of my family, there was always a record inside waiting to be made,” Sellers writes in her homage to Alison Kraus and her collaboration with Robert Plant. “Because of bold records like Alison’s I was able to trust my instincts. I didn’t need permission. Hell, if there’s no club to belong to, make your own.”

The book weaves through a Variety of vantage points and generations. SiriusXM Outlaw Country personality Meredith Ochs dissects Bobbie Gentry’s “Ode To Billie Joe” like a detective story, reconstructing the song and mysterious events surrounding the song’s characters and narrator like a piece of literature.

Holly George Warren writes eloquently about Wanda Jackson, the legendary singer who Ernest Tubb once walked off the stage of the Grand Ole Opry for revealing too much of her shoulders. Jackson, Warren said upon her confirmation into the Rock and Roll Hall of Fame, “wasn’t afraid to step outside the prim confines of a woman’s place in pop.”

And In her moving eulogy Rosanne Cash recounts how June Carter Cash helped shape her. “When I was a young girl at a difficult time, confused and depressed, with no idea of how my life would unfold, she held a picture for me of my adult life: a vision of joy and power and elegance that I could grow into. She did not give birth to me but she gave birth to my future.”

Since its release, male and female artists alike have been seen photographed reading and holding Woman Walk The Line in a sort of solidarity. They include Steve Earle, Lee Ann Womack, Lee Ann Womack and Kenny Chesney, the singer whose “Better As a Memory” was partially written by Gleason under the pseudonym Lady Goodman.

Come early December, Gleason will go back to Ohio where she grew up, appearing at bookstore in Cleveland. Woman Walk The Line belongs on holiday lists for this or any year. It’s the gift that keeps on giving with its bountiful inspiration.

“Sometimes I wonder where this passion of mine comes from,” muses Emily Yahr, who writes about country music today as a reporter for the Washington Post. Yahr goes back in time to try and find out, revisiting an essay she wrote nearly twenty years ago in the eighth grade. It’s subject? Shania Twain. While her social studies teacher may have been less than enthusiastic about the subject, the essay was a great investment. It started to inform Yahr’s belief in the power of connecting to songs through stories. “It’s a connection that now drives my life and my career,” she concludes.

Can a song save you? Songwriter Alice Randall says yes, a Lil Hardin song can and writes about the trailblazer’s invisible influence. When Randall, a professor at Vanderbilt University had songwriter Mickey Guyton visit her class, she writes of how an excited student was Facetiming with her sister, a huge fan of Guyton.

“Mickey means more than many people realize to brown girls across the nation,” Randall writes expounding upon the artistry of Rhiannon Giddens and Beyoncé’s performance at CMA. “All these amazing black women doing country their way.”

Going back to that dive bar in Miami, maybe a life changed is only one jukebox play away.

“That’s the thing about Patty Loveless,” writes Pearl in a summation that could apply to any of the artists profiled. “She gives so much and she doesn’t realize it. By inspiring through music, she lets you believe in yourself–even when you’re not sure you can.” 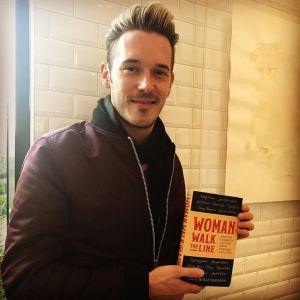