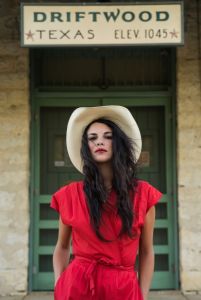 Award-winning Canadian singer-songwriter Whitney
Rose has announced the release of new EP South
Texas Suite on January 27th 2017, plus a UK tour
including headlining London’s Green Note on May 27th.

The six song EP follows Rose’s 2015 critically acclaimed record Heartbreaker of the Year, produced by Raul Malo of the Mavericks; which was awarded Country Recording Of The Year in 2016 at the East Coast Music Awards in Canada. The breakout album presented Rose’s vintage country- pop influences, converting critics with its beguiling blend of then and now. South Texas Suite, however, sees Rose go it alone.

A recent move from her native Canada to Texas for a two month residency at Austin’s famed Americana bastion, the Continental Club, Rose describes as ‘lighting a fire in her’ and she felt compelled to stay. Quickly becoming smitten with Texas and fascinated by the two-step dance culture, Rose found herself writing non-stop leading to the creation of the self-produced EP. South Texas Suite became a good old fashioned love letter to the Lone Star State; a touch nostalgic, deeply romantic and defiantly personal.

South Texas Suite is a meticulous study of sound and place; the work of an artist who is both an insider and an outsider, an observer and a maker, a listener and a storyteller.

The year also saw Rose tour extensively throughout North America, make her European debut, plus tour with Sam Outlaw; and a UK tour awaits for spring of 2017 (full tour dates below).