What Country Means To Me by Chris Stevens (Chris Country) 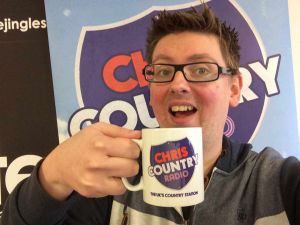 It was ten years ago that I stumbled across country music. I’d always worked in radio, at commercial & BBC stations across the UK, but I’d recently accepted a job in Dallas, Texas. Tuning around the radio dial, country radio was a bit of a novelty to me but it seemed like a pretty fun set of tunes, and I found myself listening more and more!

As you can imagine, Texas loves its country music, and when friends would visit we’d go to country bars and clubs. Before I knew it, we were all getting into Carrie Underwood, Brad Paisley and Alan Jackson, and my iPod was starting to fill up with country music.

The first song I ever downloaded was Alan Jackson’s “It’s Five O’Clock Somewhere”, and the first gig I saw was George Strait at the MGM Grand in Las Vegas – not a bad way to start! He was supported by Josh Turner – a pretty cool combination.

Having worked in mainstream radio most of my life, country music was giving me something that wasn’t appearing as much in our pop scene – powerful songs, written by talented writers and composers, performed by excellent musicians, and sung from the heart. So much of our chart music electronic and “produced”, it felt like country was filling the gap for me. Don’t get me wrong – I still love listening to Calvin Harris or Ed Sheeran, but Miranda Lambert’s more like to get chosen in my car.

I started Chris Country in the attic – just an online stream of country music for my friends and I to enjoy, and it grew from there. I knew things were getting serious when we were offered interviews with Kacey Musgraves, Eric Church and Rascal Flatts – not bad for an internet station! Then we took investment and launched on DAB in London… who knows where things will go from here.

But going back to what country means to me… it means songs full of emotion and honesty. Whether that’s a broken relationship, a wry look at life, or the best weekend ever, country music tells it how it is.

I don’t wear a Stetson or boots, and I don’t drive a pick-up truck… but I love listening to country music. It’s become a major part of my life, and I’m so delighted that via Chris Country Radio I get to share my love with other people.