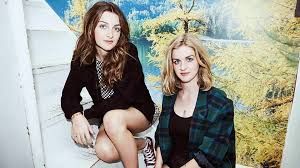 The name Engine Rooms, is a little deceiving, you go to the venue kind of imagining you are going to a car mechanics or train museum, especially as it is on an industrial estate! In fact, it is normally the venue for a roller disco! It has however recently been transformed so that it is able to host live music. We have been here before, we were here March last year – to see Ward Thomas! The trouble with this venue is being on an industrial estate, parking is a real issue! We nearly got caught out last year, so this year we allowed more time in order to find somewhere to park. It isn’t one of my favourite venues, but there are other venues a lot worse!

The support act this evening was Sarah Darling. I felt a little short changed as I had read that Una Healy, formerly from the Saturdays had also been supporting on other dates at other locations as well as Sarah.

Prompt at 7.30 Sarah came on stage & started, which was a bit of a shame as we had been held up due to traffic, so we were still in the queue outside waiting to get in. I seem to be on a trail of bad luck at the moment & keep arriving late due to circumstances beyond my control! We had allowed plenty of time to get to the venue and park, but an accident on the M27 played havoc with those plans!

Sarah was on for about half an hour. She has a very sweet sounding voice and sang mostly ballards, including songs from her various albums and even 1 track which is on her new CD which hasn’t actually been released yet, however she did have copies available that evening. 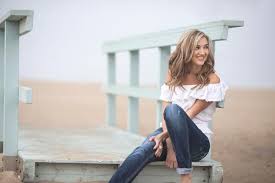 During her performance Sarah told us she was American by birth and lived in Nashville, however she likes the UK so much, she married a Brit and took him home with her! She dedicated 1 song to 2 girls she had spotted down the front who had apparently tweeted her requesting it. She asked if we knew what little umbrella drinks were, when she wrote the song Little Umbrellas, she thought that is what cocktails were actually called!! This track is fun and is more up beat.

The crowd seemed to appreciate Sarah and she left the stage to a resounding round of applause.

During the break I took the opportunity to have a look around me. The place was packed. More tickets had been released a couple of weeks ago & my friend, who also came with me last year pointed out the stage was further back than it had been previously, an advantage to having a mobile stage, you can move it forward or backward to make sure the venue doesn’t look emptyor to sell more tickets! The age range of the audience was really varied, with a real mixture of both young and old. The music during the break was terribly, loud and no idea what on earth they were playing, but it wasn’t something I would particularly want to listen to again!

After about half an hour, the lights dimmed, the crowd started to cheer, the band made their way on to the stage, then the stage light flashed up and Catherine and Lizzy ran on!

They started with Good On You. I have to say at this point my partner and I saw the girls perform this song December last year at Jagz in Ascot, it was a fairly new song then and is obviously very personal to Catherine as she choked up whilst singing it and Lizzy had to take over. Obviously she has had a lot more practise at singing it now as her voice didn’t even crack this time! They then went straight into Where the Sky Is. It was apparent even only two songs in the girls are a lot more polished than the previous times I have seen them (this was my 5th time of seeing them, including when they were on the satellite stage at Country 2 Country at the O2, last year).

Lizzy said ‘Hello Southampton, I want to see your hands’ and started us clapping for Boomerang, the upbeat tempo continued for Dirt & Gold. For the next track, Material, Lizzie played keys.

The Good & the Right was dedicated to the late Sir Terry Wogan, as he was the first DJ to play one of their tracks on Radio 2, this got a roar of approval from the audience. Staying with the radio theme Catherine said their next song Guilty Flowers, was the coolest song they had ever written according to Radio 1! I haven’t listened to Radio 1 in years, but I can imagine Scott Mills saying something like this! They didn’t actually tell us who said it though!

The tempo was then slowed right again for Loose Me. The background noise was quite bad during this track, it had been picking up volume gradually during the slow numbers, but several members of the crowd had had enough & people started shushing, once a couple of people started, more joined in & the noise reduced right down almost immediately! Well done to those who did say shush!

The title track of their latest album Cartwheels was next. This song has been in their set list for a while, I am not sure why it never made it on to the 1st album (From Where We Stand). It is apparently be their next single and they had recorded the video for it the day before, something they were quite excited about.

While they were introducing the track the girls were light hearted and giggly, which they have always been previous times I have seen them. When It Is Not Me was next. Anyone who knows Ward Thomas will recognise most of these tracks were from the latest album, however Push For The Stride was next up. Catherine said she wanted us to all sing ‘Lizzy sing For the Stride, incase they don’t know it.’ Put on the spot like that Lizzy couldn’t sing it which was funny, she then complained to Catherine ‘I can’t believe you put me on the spot like that!’ I am not sure the crowd did need to be instructed how to sing it though, because when it came to the ‘For the stride’ part, both girls stopped singing & the crowd continued faultlessly and full volume. I will say at this point I have been suffering with a sore throat and bad cough for nearly a week and had promised myself I would stand quietly, yeah right, like THAT was going to happen!! I was full volume with the rest of them! The girls did seem genuinely thrilled at how loud, enthusiastic and no doubt in time we were!

Catherine then told us we were the biggest audience of the whole tour, as you can imagine this got an absolute roar of approval, but as the girls are from Hampshire, it is perhaps not a surprise that their biggest audience is one close to home. They then had a group photo taken with us all enthusiastically waving our hands in the air!

Proof followed, this again was a slow track and again there was background chatter, the ‘shushers’ were straight on it though & the noise stopped very abruptly!

Lose Me was next up (curiously I have always thought this was Use Me!)

After introducing the members of the band and thanking the sound and lighting guys Carry You Home was next, Lizzy started this off on her own before the band and Catherine joined in. Lizzy and Catherine then left the stage whilst the band played on for a short while, then they too left. The crowd continued cheering, even more so when the band came back on, followed by Lizzy and Catherine. Who I am Not and Town Called Ugley finished the evening.

As I said earlier, the girls performance is a lot more polished, but that seems to be at the expense of the girls having fun and a giggle, their personalities are very much subdued compared to previous time I have seen them. There wasn’t much talk from them between numbers and most of the tracks were from the latest album. I personally do not feel as if Cartwheels lives up to From Where We Stand, I feel as if they have moved away from the ‘Nashville sound’ and I would really like to see them go back to it, however artists have to evolve and experiment, otherwise every album would sound the same and it would just be dull.

I was disappointed that the concert ended so early – 9.45, I don’t remember it finishing that early last year (& I would remember something like that!) We also had 2 support bands last year, whereas as I said, we only had the 1 this evening. Left kinda feeling like we had been short changed, but this is NOT a reflection on Ward Thomas, they have gone from strength to strength and are really helping to prove Country Music in the UK is alive well & breaking out into ‘mainstream’! Well done girls!