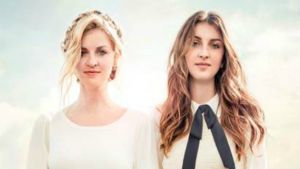 ‘Cartwheels’ features 14 self-penned songs that capture a range of emotions, from joy to heartbreak and everywhere in between. Inspired by a childhood listening to their parents’ Fleetwood Mac and Beatles records and more recently Taylor Swift and Kacey Musgraves, ‘Cartwheels’ is a stunning follow up to their debut album, 2014’s ‘From Where We Stand’.

Tickets go on sale this Friday 17th June at 9am

THE TROUBADOUR: INTRODUCING THE CAINS & MORE…