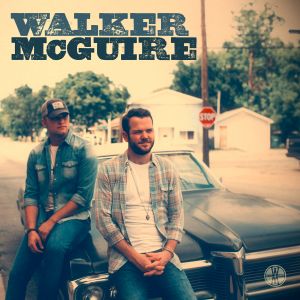 Guided by veteran producer Mickey Jack Cones (Dustin Lynch, Joe Nichols), the hotly-anticipated EP features the duo’s brand new single as well as breakthrough Top 40 debut “Til Tomorrow,” which has earned over 22 MILLION streams on Spotify. Co-written entirely by Walker McGuire, the EP also showcases the boisterous party-starter “Best Kinda Bad,” the introspective and lyrically ambitious “Mysteries of the World,” and a nostalgic tip of the hat to small town living with the wildly relatable “18 Forever.”

Named one of Rolling Stone Country’s “New Country Artists You Need To Know,” Walker McGuire is currently on the road introducing its new music to fans supporting Kane Brown in select cities. The rising act will continue to tour coast-to-coast into 2018 supporting labelmate Granger Smith’s headlining Don’t Tread On Me Tour. The duo will also appear at several major US festivals next year including a first-time performance at Stagecoach.