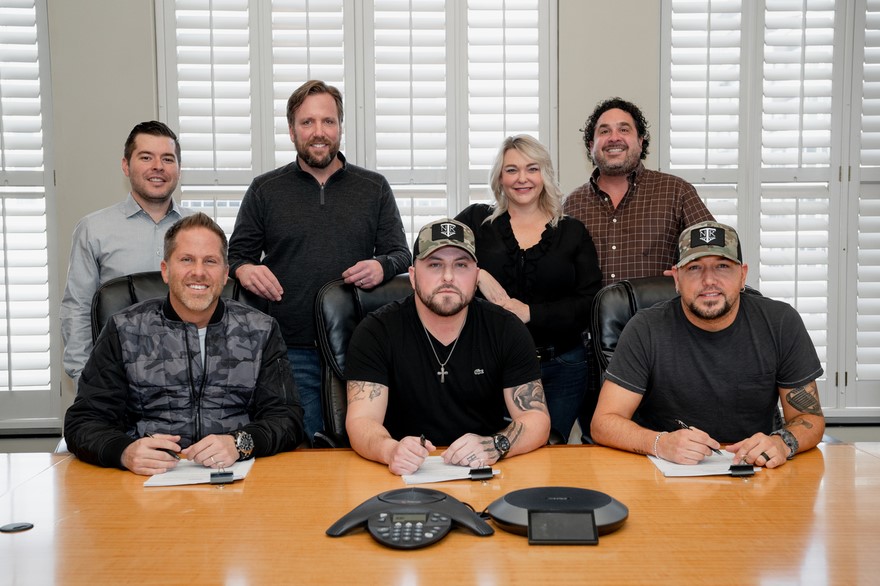 “I am very excited to be a part of this new chapter in my career with Broken Bow/Night Train Records,” said Farr. “I’m looking forward to working with one of my best friends in Jason Aldean and the entire Broken Bow team. Can’t wait to see what the future holds!”

“Jason is one of the very best song guys in this town and knows the importance of a brand and doing everything you can to reinforce it. Tyler has one of the most distinctive vocals in the format and a track record of success when he records the right songs that fit his brand,” said Jon Loba, EVP BBR Music Group. “Hearing Jason and Tyler’s vision about the music they wanted to create and the brand they wanted to reinforce, Jason’s first signing was easy to green-light. Tyler fills a unique lane and I’m so excited to see what they come up with.”

“It’s cool to pursue this new endeavor in my career,” said Aldean. “I can’t think of a better way to start than signing one of my best friends. I also really believe in him as an artist and am looking forward to everyone hearing what we’re working on.”

“The Missouri native has three No. 1 songs to his credit (“Redneck Crazy,” “Whiskey in My Water,” and “A Guy Walks Into a Bar”). With his debut album Redneck Crazy released in 2013, Tyler Farr landed at No. 2 on the Billboard Country Albums Chart and No. 5 on the Billboard Top 200. His dry wit and energetic live show soon earned him coveted opening slots touring with Jason Aldean, Florida Georgia Line, Brantley Gilbert, and Lee Brice. With the release of his highly-anticipated sophomore album Suffer in Peace in 2015, Farr once again landed in the Top 5 on both the Billboard Top 200 Albums and Billboard Country Albums Chart making Farr the only solo male country artist to have his first two studio albums debut in the Top 5 on the Billboard 200 Chart.

One of 2019’s Artists to Watch Caylee Hammack releases her ...