Tenille Townes – described by Entertainment Focus as the “standout artist” of last month’s Country Music Week in London (“with the amount of talent she possesses, it’s only a matter of time until she dominates the genre and becomes one of its brightest stars”) – has released two songs just in time for the festive season; her distinctive version of the classic ‘The Christmas Song (Chestnuts Roasting on an Open Fire)’ and a brand new track, ‘One In A Million’, written with CMA & GRAMMY-winning producer Daniel Tashian (Kacey Musgraves, Josh Turner, Lee Ann Womack). Listen to both songs here: https://smarturl.it/TTsongsforchristmas.

Her recent European trip, documented in a Facebook video for fans (watch here) included her much anticipated sold-out London headline show, an Under The Apple Tree session, a run of dates with Striking Matches and an appearance as part of the Country Hits Radio Hub at Bush Hall. Tenille was interviewed on multiple stations across the UK including BBC Radio Scotland, Cornwall, Merseyside and Oxford, as well as recording her second session with Bob Harris for BBC Radio 2, who praised the singer-songwriter’s “amazing versatility”, describing her as “poised to become the next big thing from Nashville”.

During the tour (where we we caught up with her and you can check out our interview HERE), Tenille was also announced as one of the main stage artists appearing at Country to Country (C2C) festival in March 2020, set to perform at the O2 Arena in London, 3Arena in Dublin and the SSE Hydro Arena in Glasgow as part of the CMA’s Introducing Nashville lineup along with Eric Paslay & Abby Anderson. More info, dates & tickets here. 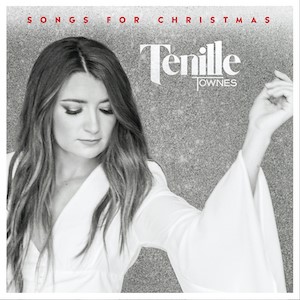