These are digital deluxe versions of his #1 album HERE ON EARTH.  The new single “God Moves the Pen” from the album is available now Both of these albums are available to preorder now. PRE-ORDER NOW

Watch the lyric video below.

HERE ON EARTH Ultimate Edition features six new tracks including his new single, “God Moves the Pen” the follow up to the recent smash single “Undivided” with Florida Georgia Line’s Tyler Hubbard. Here on Earth Ultimate Edition also features two additional bonus movie tracks. “Keep Your Eyes on Me” with Faith Hill from the 2017 feature film The Shack. “Keep Your Eyes on Me” was written by Tim McGraw, Faith Hill, Lori McKenna, and Shane McAnally. The other bonus movie track is “Gravity” from the 2018 Academy Award-winning documentary Free Solo and is written by Tim McGraw and Lori McKenna.

The HERE ON EARTH Ultimate Video Edition will include all the tracks from the Ultimate Edition Album plus six additional song videos including but not limited to “Here on Earth” “I Called Mama” and “Undivided” HERE ON EARTH Ultimate Video Edition, brings the songs together to create a picture of human emotions. The video edition allows the listeners to connect to the songs through the universal language of music. 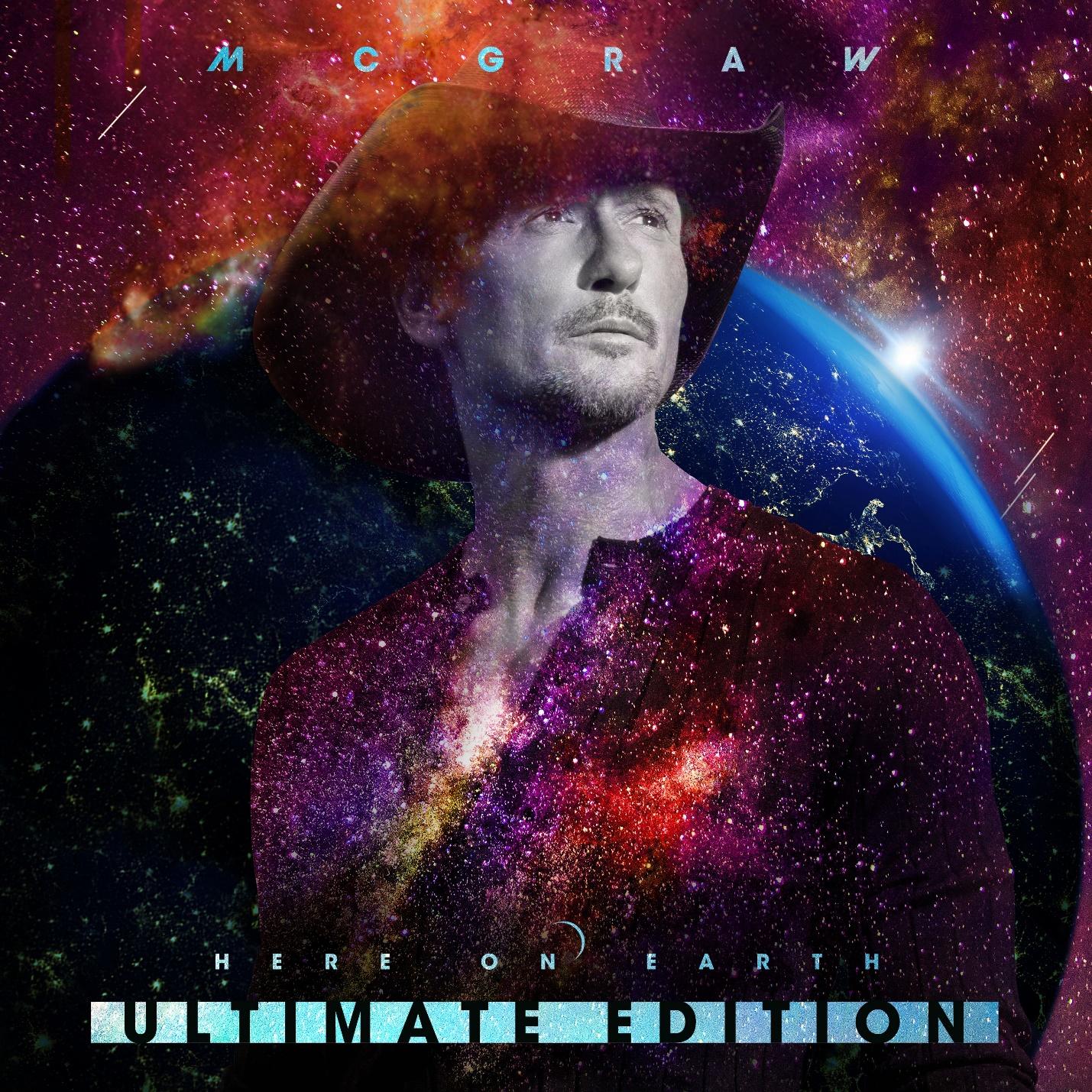 Tim McGraw has sold over 80 million records worldwide. He has amassed 44 #1 radio singles and 19 #1 albums along with countless awards. McGraw had the largest out crowd ever at his Nashville performance during the 2019 NFL Draft in downtown Nashville. The original album version of HERE ON EARTH debuted at #1 on the Billboard Country album chart when it was released in August 2020. It ties McGraw with George Strait with the most #1 albums. A special edition vinyl of “Undivided” will be available in June for Record Store Day and will also include a B-Side of “I Called Mama” originally released in May of 2020.  In addition, “Undivided” was featured in “Celebrating America” for President Joe Biden’s inauguration in January.