Georgia’s Mike Lowry and his guitar-led country music has yet to feature here at Think Country, but with a new (fourth) album on the way and its lead single out this coming Wednesday, 10th June, what better time to remedy that!

Born and raised near Atlanta, Mike was involved in various aspects of show business from a young age ( as he told me about in more detail in out interview below) but it was music that became his chosen career, and he fast gained a reputation as a virtuoso guitar player with his exciting, accomplished style. Honing his craft and gaining experience by playing local club and bars, he soon became a regular fixture at several of the city’s venues and in turn this paid off by earning Mike opening slots for the likes of John Mayer, James Brown and Buddy Guy. When it comes to his own music, his songs mostly draw on his own experiences for inspiration, the afore-mentioned new single “ Living Alone With Your Memory” being a great example. Oh, and by the way it also features American Aquarium keys player Rhett Huffman.

But enough from me, let’s hear from Mike himself who gave fantastic answers to my questions and I hope you enjoy the read as much as I did.

Hello Lesley! I’m talking with you for my home studio just outside Atlanta, GA USA.

I came from somewhat of a ‘show biz’ family. My mom was a dancer in touring productions of some popular musicals and off-broadway shows. My dad was on the production side of things— working on the stage sets and technical aspects such as sound and lighting for the shows. My parents met while on tour for a production of rock opera “Tommy” by The Who. So I was somewhat set up for having an interest in performing. During my childhood, my mom started working as booking agent for a variety of talent, but focused mostly on celebrity look-alikes. So, we had a lot of interesting people in our life— like Elvis and Willie Nelson impersonators— meeting with my mom to talk about their upcoming shows. With all this going on, it was fun childhood.

I always had interest in music and really enjoyed singing along with the radio. What lead to me becoming a musician was my dad giving me a guitar as a Christmas present when I was 11. It wasn’t what I was expecting and at the time wasn’t my favorite present from that Christmas. The guitar sat in a corner for several months but I eventually gave it a try and the music bug bit and took hold quickly. As soon as I heard a sound come out of that guitar that sounded half-way decent I was hooked. Playing music quickly became the only thing I was interested in doing. Singing and songwriting quickly followed but I really spent most of my time trying to make the guitar sing.

I was really single minded about playing music because it was the thing I enjoyed doing most. Not just as a career but as the way I spent my time it was more of an all-consuming calling. I was simply following my interest—  and my parents really encouraged me.  I started getting pretty good and gaining some attention with my playing during high school and as college approached I was already gigging 2 or 3 nights a week. I never developed a ‘plan B’ because I was too busy playing. 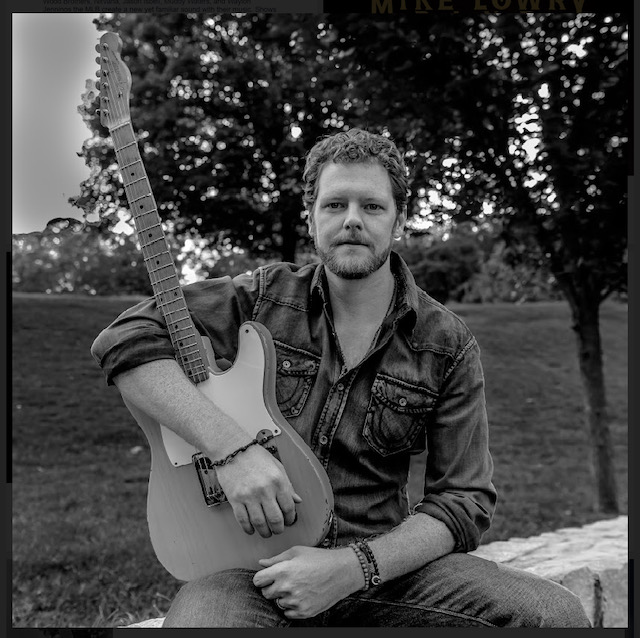 Thanks, you have a good ear. I enjoy a lot of different genres and it seems everything I listen to eventually has some effect on the music I play or write. My early influences were the outlaw country guys— Waylon Jennings, Willie Nelson, and Johnny Cash. In fact my son’s middle name is Cash!  Also, the Allman Brothers Band and a lot of the southern rock bands from around my area. It seems like if you’re from Georgia they give you an Allman Brothers album as soon as you’re born. You can learn a thousand guitar licks and a lot about feel and emotion from the Allman’s album Live at the Fillmore. Eric Clapton is another big guitar influence. Tom Petty has had a great writing influence. Currently guys like Jason Isbell and Chris Stapleton are really doing some great things. I could spend all day talking about music I enjoy.

It varies and the longer I’ve been writing the more comfortable I’ve gotten with trying different processes. But the process that’s produced the most songs is starting with a lyric idea that will usually have a melody that comes with it. I’ve found that if that initial lyric inspiration has enough interesting stuff happening I can work to get the music sounding good.

“Hell Of A Life” was mostly autobiographical which is primarily how I write. With this new album I’m still drawing from my life a lot but I’ve also been working in some fiction or stories that come from people I know. I’m approaching this album with the idea that the emotions have to be authentic. How I accomplish expressing those emotions can use stories directly from my life, an altered version of my story, or someone else’s experience.

“Living Alone with Your Memory” is about the aftermath of a breakup—  when you start looking for the cause. It’s brutal when you realize it was your fault. Even worse when you can pin point the moment that broke the relationship. You can beg forgiveness. You can try to move on, but it’s tough. When someone leaves you, it’s not just— poof! she’s gone, time to move on. All the memories you had together remain and remind you of all that you’ve lost. Something has to take the place of the person that left and at first it’s usually memories, regret, and what ifs.  I tried to capture those feelings in the song—  more so than the telling of a particular story.  A lot of people are isolated right now, and while I am happily living with my wife and son, I can’t help but think about how this must be a really lonely time for many people.  Whatever the reason for finding oneself alone, memories of the past are likely taking up a lot of room in your mind, like it or not. 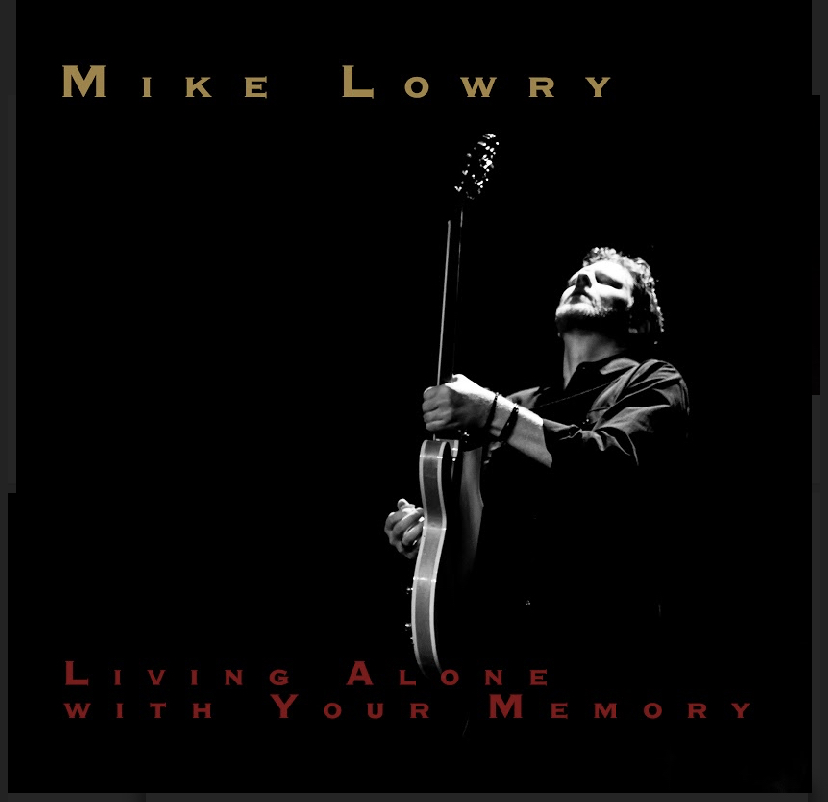 This new album was a really different recording experience from my Hell Of A Life as this one had a lot of recording done in my home studio. The last album was mostly done at a big studio in Nashville. Towards the end of that album I started doing the finishing touches like vocals and some guitars at my home studio and was getting really great results. For the recording of this album I added to my studio gear and planned on doing a l lot of the work from home. It gave me the chance to take a little more time experimenting with sounds and different ideas for the songs. I made different versions of songs just to hear what style could work best. “Living Alone with Your Memory” had some significant changes from the first version and I’m really happy with how it came out. I’m also excited for everyone to hear “Invisible Scars.” It’s a little bit of a departure from my usual style and I think it will be a fun one to play live.

I’m going to live stream more often. Please keep an eye on my site to see when you’ll have a chance to see some online performances.

I am! Expect a good time! We get loud and rowdy. I still feel most at home being a guitar player so the live show gives me a chance to stretch-out on guitar— extend the songs and see where it takes me. We also throw in some covers from our influences so you can expect an Allman Brothers or Tom Petty tune pop up, too.

I really love the summer festival season because it draws out so many people and there’s always a fun atmosphere. Unfortunately all our summer shows have been postponed because of the pandemic.

Top of my bucket list of places to play is the Ryman Auditorium in Nashville, which was the first location for the Grand Ole Opry . The history I can feel in that room is amazing. I’ve seen a bunch of shows there and it’s special and very intimate.

Thanks again, Mike, can’t wait to hear the rest of the new album and hope to catch you live sometime too!

TC in Conversation with Tim Dugger

Granger Smith Releases Collaboration of ‘That’s Why I...