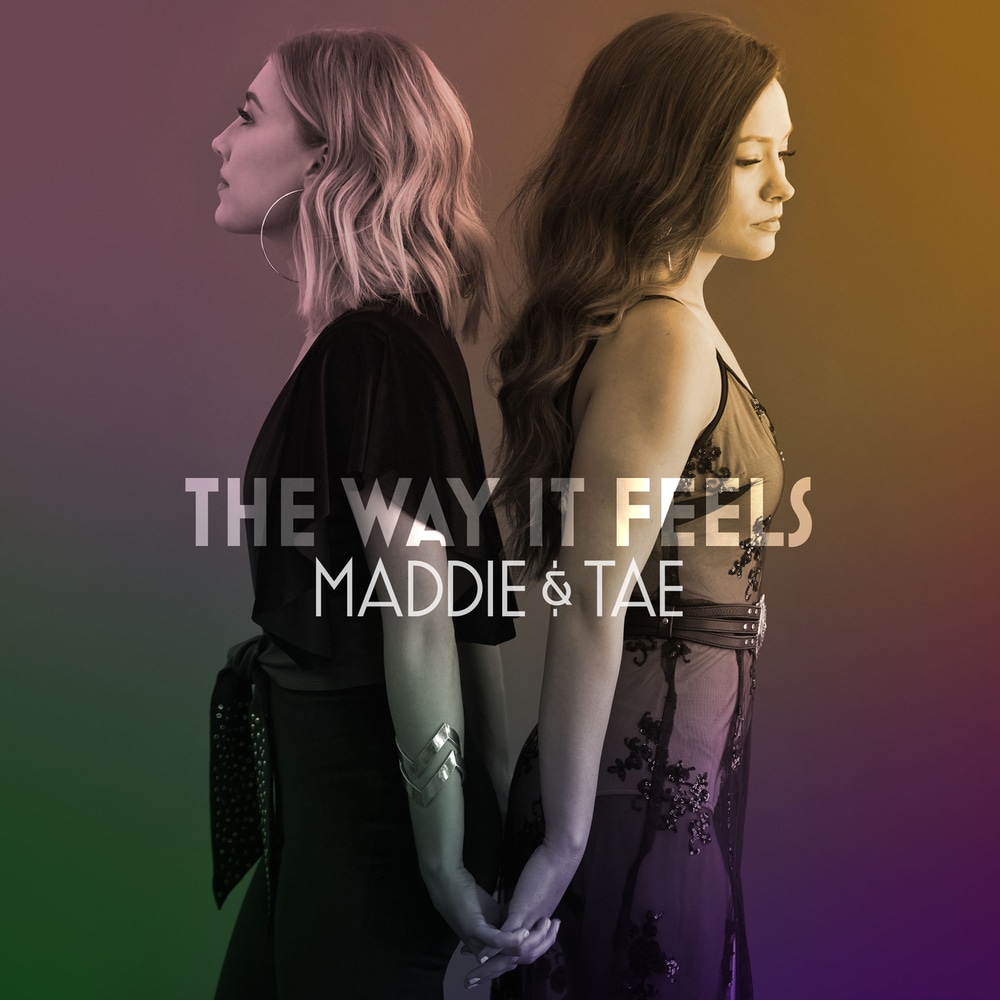 Only five songs on The Way It Feels are new, with the other 10 having been released on two EPs in 2019. While it’s becoming more and more common for an album to have a minority of its tracks “new” on release day, a whole two thirds being previously released is likely to disenfranchise the die-hards. Yet, I remain cheery at their decision to release SOMETHING in the five years after their 2015 debut. After all, it has allowed Maddie & Tae time to capitalise on the slow-burn success of their magnificent, super-relatable single ‘Die From A Broken Heart’, peaking at #22 this week after 37 weeks on the Hot Country Song and Airplay charts. The ballad (with its beautiful music video) is the epitome of their strength, a “dear diary” moment for the masses with impassioned imagery and sorrowful frustration that bleeds through the melody like the red wine stain in the dress. Similarly, ‘Water In His Wine Glass’ tackles alcoholism from a spectator’s point of view, in the form of a letter to God flecked with fallen tears. This is 100-proof stuff.

Know that the ballads aren’t the only place they shine: The Way It Feels forbids you to forget they made their name with the bombastic, tongue-in-cheek sensation that is ‘Girl In A Country Song’ back in 2014. As a successful debut single, it risked them being pigeonholed as an industry plant, a band destined for one-hit-wonder, advert placement purgatory, as its certified-platinum success arguably still did not catch on like it should have. Their promising dedication to wordier material as well as letting their hair down was the year’s worst-kept secret, taking brave but friendly shots at the vapid lyrics of their contemporaries before anyone even knew their names. So it’s well within the band’s character that ‘My Man’, with it’s Jackson 5-esque piano hook and the bassy, buzzy ‘New Dog Old Tricks’ showcase festivities had in the studio between the sessions that I’m sure they considered good therapy.

Going hand-in-hand with their commitment to their album as a product (15 tracks long and a myriad of off-record delays in the interest of quality) is the timeless production, not polished to within inches of its life like the bonnet of the Jaguar your father-in-law never lets you drive. It’s an album that would sound even better on vinyl, organic and full of warmth, and thus, could have been released any time in the last twenty years, or even the next ten. With pleasingly little fat to trim in its 49 minutes, it’s unequivocally poised to win listeners over – a fortuitous side effect of the fact it’ll win few awards on the innovation front. It’s as solid, palatable and lived-in as any collection of songs we’re likely to hear this year. Maddie and Tae should be proud of this record, and if it’s not the smash it deserves to be, the world might just look back and wonder why.

Lee Brice Releases New Single ” One Of Them Girls”