On June 23rd, The Cains will be headling a show at The Troubadour in London along with Candian artist Meaghan Blanchard and Essex based artists Lisa Wright and Amy Westney.

As Think Country work to bring this fantastic night of music to you we wanted to take a little time to introduce you to the artists performing! 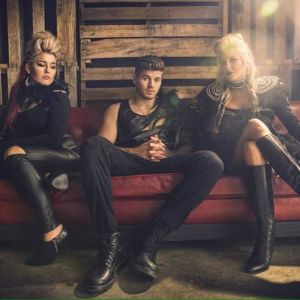 Shortly after learning how to talk, the Cain siblings were harmonizing with each other. The two sisters and brother from Hartselle, Ala. have shared a lot over the years, but their passion for music is what has brought them together as The Cains, a country band with unique harmonies and a variety of influences.

Taylor, Madison and Logan Cain are not only singers and songwriters, but also multifaceted entertainers and musicians who play guitar, piano, bass, harmonica and more. It all started when eldest sibling, Taylor, learned her first song on the piano at 5 years old and, a few years later, began teaching her younger siblings to sing harmony with her. A few years of practice and three college degrees later, the group has banded together as The Cains to write, record and release their own original music.

While their harmonies are reminiscent of earlier sibling groups such as The Everly Brothers and The Carpenters as well as more current acts such as Secret Sisters and The Band Perry, The Cains have created their own iconic style of harmony. Besides drawing from their own DNA, their original music features compelling, edgy lyrics that evoke emotion and is inspired by a vast combination of genres from country, soul and pop to Americana, folk and contemporary Christian. Their sound can be described as The Eagles and Fleetwood Mac meets Echosmith. Even with a variety of influences, The Cains know exactly what they want in their music – honesty.

It all started at World Harvest Outreach Church where the trio gave their first performance of “Mary Did You Know” at the annual Christmas play. From that moment on, performing together became the new norm for the trio. The siblings were home-schooled together until their teenage years when they each enrolled in Hartselle High School. They were all members of the Hartselle High Cheerleading Team and each graduated at the top of their class.

The three of them would later attend Troy University in Troy, Ala. and, for the first time in their entire lives, wouldn’t share a bedroom. After they all relocated for college (and moved back in together), Logan, Madison and Taylor became very involved at Troy and slowly began making music again.

In between Logan’s practices with the Troy University Cheerleading Team, Madison’s work with the Chi Omega women’s fraternity and the Make-A-Wish Foundation, and Taylor’s work with Troy University’s up-and-coming music industry program, the three of them would perform at various religious, volunteer and university-related functions.

In 2012, The Cains heard about a competition that was taking video submissions for a chance to open for Andrew Ripp and Dave Barnes at WorkPlay Theater in Birmingham, Ala.; however, they heard of the opportunity only one day before the contest was scheduled to end. The three of them made the executive decision to skip class and write their first original song, “Stay On Board;” and as luck would have it, they won. Only 30 minutes after The Cains were added to the bill, the show sold-out. The performance was a huge success and solidified their underlying desire to pursue a music career together.

“We’ve been performing and singing together our entire lives – literally since we were five, six and seven years old. It’s always been our passion, but after we won the competition to open for Andrew and Dave at WorkPlay, everything changed. Not only did we begin to believe that we really could make a career out of this, we saw that we had a legitimate fan base that believed in us! That night was the beginning of our journey,” commented Taylor Cain.

What started out as the designated musical guest for World Harvest Outreach Church’s annual fish fry turned into a sophisticated group of singer-songwriters who defied the odds and won a once-in-a-lifetime opportunity to open for some of their biggest musical influences while also showcasing their own original music.

In the fall of 2014 after each of them graduated with honors from Troy University, The Cains packed up their small-town Alabama life and began the all-too-familiar pilgrimage to Nashville’s Music City; however, nothing about this band was mundane. The group released their debut album, Stay On Board, in October of 2014 and their debut single “Be Yourself With Me” hit radio. The single would produce a debut Top 50 on the MusicRow Country Breakout chart and garner the group MusicRow Magazine‘s DisCovery Award – achievements almost unheard of for an independent act.

In March of 2015, hot off the heels of a successful radio debut and packed performances at Country Radio Seminar 2015, The Cains broke onto the U.K. Country music scene with their first international appearance at London’s Country to Country (C2C) festival, Europe’s largest and most well-attended Country music event of the year. During C2C 2015, The Cains performed for festival attendees at the O2’s Saloon Stage and Town Square Stage. In addition to their C2C performances, The Cains also had the opportunity to open for the U.K.’s Bill Kirchen Band at London’s Tingwick Village Hall.

The group returned to the U.K. this past fall as the opening act for Sasha McVeigh’s I Stand Alone tour. They spent two exciting weeks opening for McVeigh on select dates in various clubs that took them to London, Glasgow, Oxford, Manchester and more.

Sibling member, Logan Cain commented about their time in the U.K. this year, “From start to finish, the U.K. has done for us what we want to do for others⎯ feel loved. Each and every person we encountered went out of his or her way to make us feel welcome. We have an extremely busy 2016 planned and to have this opportunity as one of our first touring experiences will impact the course of our career forever.”

Earlier this year, The Cains partnered with Bravo TV’s hit reality series “Southern Charm” to write and record original tracks that recap recent happenings within the series. Bravo TV features The Cains’ original tunes along with lyric videos on their website, www.BravoTV.com.

They released their new EP, titled The Cains, in July 2015 and their most recent single, “Journey’s End,” spent over four months on Sirius XM’s The Highway and garnered the trio a Top 40 record at Country radio.

With new projects on the horizon and a successful U.S. Country Radio Seminar and U.K. Country to Country Festival and tour already under their belts, it is safe to say that 2015 has aligned to be the year of the Cains.

Of the new music, Madison Cain commented, “I can confidently say that this new EP is the most authentic project we have ever created. Everything from the songs to the production to the artwork and photography has our fingerprints all over it. We did not make any compromises and we can’t wait to get the music to our fans.” 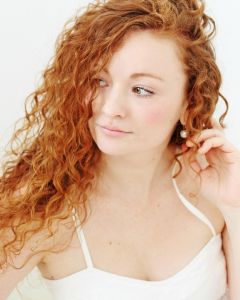 Singer-songwriter Meaghan Blanchard is an old soul.Meaghan Blanchard – Head Shot
Raised by a family of musicians in the rolling hills of Prince Edward Island, Canada, Meaghan came by music honestly. Throughout her childhood, she sat side-stage at local community halls while her grandparent’s band would play “that good old fashioned country music”. Meaghan’s grandmother was famous in their small town for crooning Patsy Cline’s “I Fall To Pieces” to local audiences. Although known in the rural countryside as “the little girl with the beautiful voice”, Meaghan was a very shy child, but at the age of eleven her confidence grew as she learned how to accompany herself on her mother’s guitar in the stairwell of their family home. She started putting pen to paper, and her words into song, possessing a rare ability to take on a narrative voice within her writing that was not that of a young girl of eleven years. She wove her family stories into song and adapted the tales of local legends into her writing; capturing the hardships of rural life in Eastern Canada along with the beauty of the landscape she was raised in; and people started to take notice.
Today, Meaghan is an acclaimed multiple award winning artist who took home her second East Coast Music Award for her third album “She’s Gonna Fly”; a project recorded down in Athens, Georgia USA with esteemed producer John Keane (Nancy Griffith, R.E.M.). She has performed for the Duke and Duchess of Cambridge, played 47 shows in 15 days at the 2010 Vancouver Olympics and has toured extensively across Canada, the US and the UK. In 2015, the “Meaghan Blanchard Song Writing Camp for Girls” was inaugurated in Charlottetown, PEI; a two day camp created and hosted by Meaghan with a focus on co-writing; providing support for young women from her home province who are interested in song writing and in careers within the music industry. Meaghan is also one third of the group The Eastern Belles (with Catherine MacLellan and Ashley Condon). http://www.easternbelles.com/
Meaghan Blanchard is a gifted guitarist with her own blend of light claw hammer/finger picking style; paired with a crystal pure voice and a unique ability to write and tell stories through charming character driven songs.
“Meaghan is truly an artist with a vision of how to use her wonderful voice and pair it up with songs that truly move you as a listener.”
(Maverick, UK ) 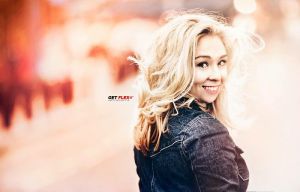 After a somewhat of a game-changer year in 2015, Lisa Wright, is the Essex girl truly cementing her name as the fast-rising breakthrough country act.

After touring the UK with Nashville artist, SaraBeth, and working the live music circuit, Lisa developed a loyal fan base and catching the attention of some of Music City’s top producers. In July, Lisa flew to Nashville to record her debut EP, Before I Die. Upon its release, Before I Die entered into the iTunes country charts at No.4 – making Lisa the only independent, UK artist in the Top 20. Since then, the tracks have featured heavily on country radio in both the US and UK – including BBC radio.

In December 2015, the Nashville Songwriters Association recognized Lisa as the ‘Artist to Watch’.

With new music set to be released in early 2016, you can bet Lisa Wright is the name to watch