Following a record year on the road in 2019 playing to over 400,000 fans on his headlining tour, multi-platinum entertainer Chris Young will take his arena/amphitheater “Town Ain’t Big Enough World Tour 2020” out beginning Thursday, May 28 in Detroit. Joined by multi-platinum performer Scotty McCreery as direct support along with Payton Smith, the first leg of the tour will travel to Atlanta, Charlotte, Chicago, Cleveland, Dallas, Detroit, Indianapolis, Phoenix, Salt Lake City, Seattle, St. Louis and more, with additional dates announcing in the coming weeks. In addition, Chris will highlight various Next From Nashville artists at his shows, offering the opportunity for up-and-coming acts to showcase their talents in front of a massive audience. Chris and The AMG Management will personally pick opening acts to play each week of the tour. 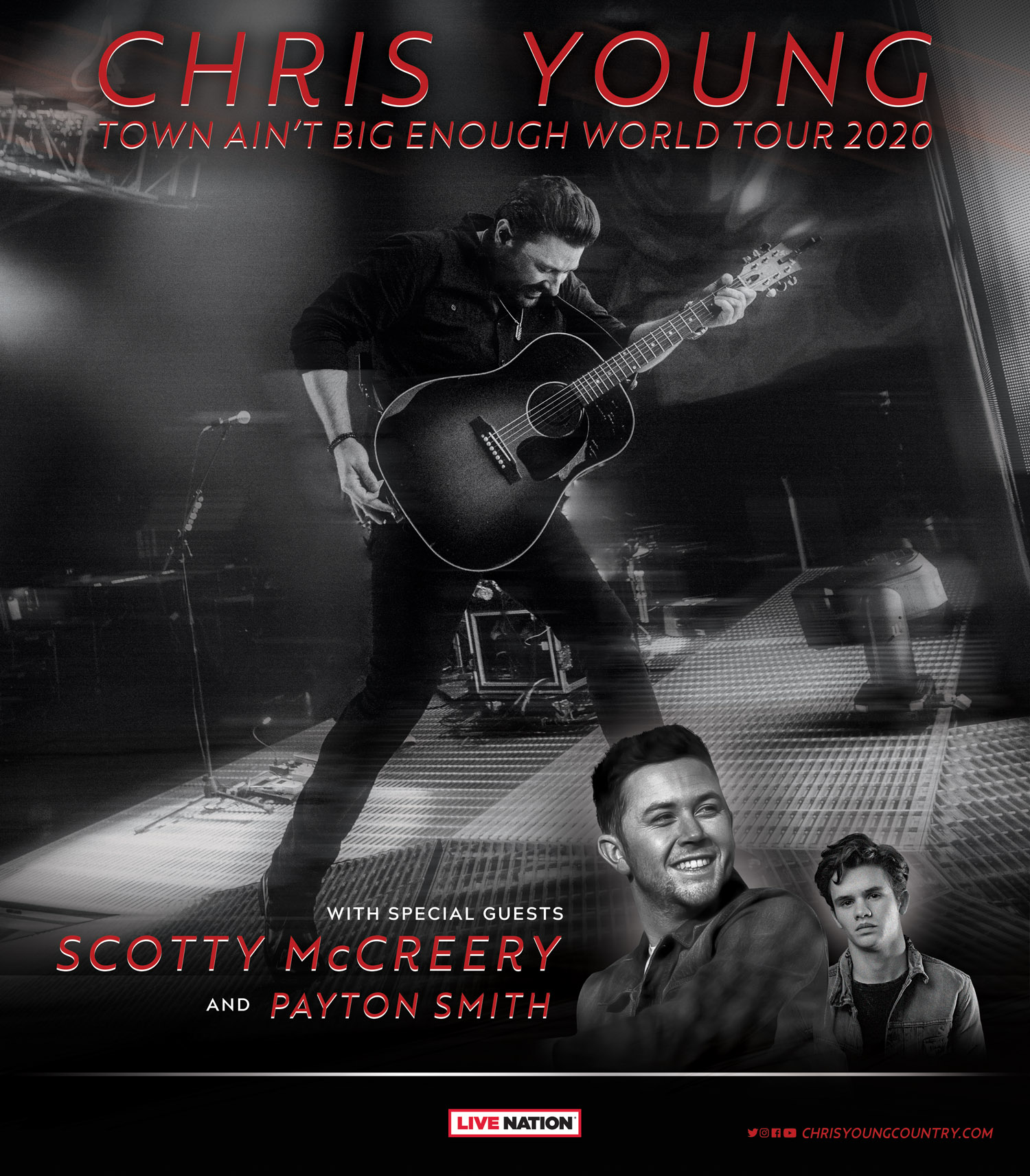 “Everyone has been asking about this year since the last tour ended, so I’m happy I finally get to tell everybody about these shows,” shared Chris. “The ‘Town Ain’t Big Enough’ tour is gonna be the biggest one yet!”

The ACM and Grammy nominated vocalist celebrated several milestones in 2019, including over 2 Billion streams and a career topping 21,500 fans at Philadelphia’s BB&T Pavilion. After wrapping his headlining tour in November, Chris closed the decade with appearances on Macy’s Thanksgiving Day Parade, CMA Country Christmas and CMT Crossroads with Gavin DeGraw. He kicked off 2020 with the launch of his weekly podcast, “The Quad with Chris Young.” The new year will also bring a new album, including current single “Drowning,” named to Rolling Stone’s Best Country and Americana Songs of 2019, plus “Raised On Country” and “Town Ain’t Big Enough,” featuring Lauren Alaina.

Multi-platinum RCA Records Nashville entertainer Chris Young has accumulated an impressive list of accomplishments, including membership in the iconic Grand Ole Opry, 2 Billion on-demand streams, 12 Million singles sold, 11 career No. 1 singles, 17 R.I.A.A. Gold/Platinum/Multi-Platinum certified projects, 2 Grammy nominations, 3 Country Music Association nominations and 4 Academy of Country Music nominations. As a prolific creator, Chris has given fans 7 studio albums in 14 years including Losing Sleep, his third project in less than two years. The title track is certified Platinum while “Hangin’ On” is his ninth No. 1 as a songwriter. Losing Sleep (2017) and I’m Comin’ Over (2015) debuted at No. 1 on Billboard’s Top Country Albums Chart with “I’m Comin’ Over” becoming Young’s first 2x Platinum single. 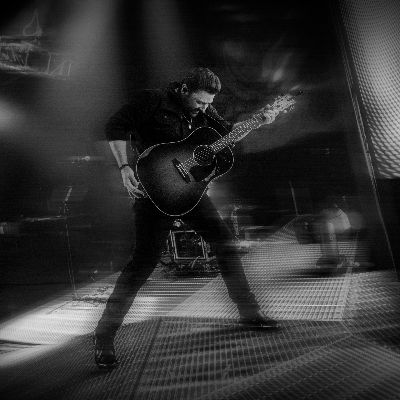 Named “one of his era’s finest traditionalists” by the Associated Press, Chris has quickly become an international ambassador for country music, performing to capacity crowds around the world including the sold-out C2C Festival in the UK. With a hit-packed set that highlights his eleven chart-toppers — including back-to-back No. 1s “Losing Sleep,” “Sober Saturday Night,” “Think Of You,” and “I’m Comin’ Over” — the Grammy and ACM nominated vocalist headlined the Raised On Country World Tour, playing to over 400,000 fans in 3 countries in 2019. His 2020 headlining tour will be announcing soon! He’ll take his “Town Ain’t Big Enough 2020 World Tour,” with special guests Scotty McCreery and Payton Smith, to Atlanta, Charlotte, Chicago, Cleveland, Dallas, Detroit, Indianapolis, Phoenix, Salt Lake City, Seattle, St. Louis and more, with additional dates announcing in the coming weeks. 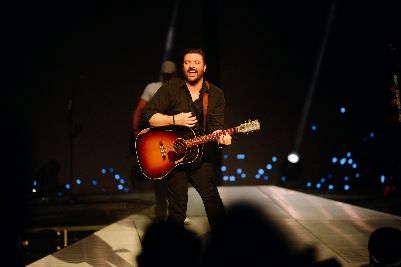