The Texas Gentlemen will release Floor It!!! on July 17th via New West Records. The 13-song set was produced by Matt Pence (Jason Isbell, John Moreland, Midlake) and recorded at the legendary Fame Studios in Muscle Shoals, AL, Niles City Sound in Ft. Worth, TX and Pence’s own EchoLab Studios in Denton, TX.

The band’s sound is steeped in ‘60s and ‘70s rock & pop with elements of funk, soul, country, R&B, southern rock and gospel (just about all of them played in churches early on). The album includes woozy, brass-fuelled Dixieland-style jazz, to slinky, chicken-scratch country funk to lushly orchestrated pop-soul balladry all within its first ten minutes. There’s a dreamy, spacey, and occasionally progressive element to what they do that seems to detach the music from belonging to any particular place and time. It’s a rich and righteous ride. Floor It!!! is the follow up to their acclaimed 2017 debut TX Jelly which Vice/Noisey described as “a fantastic collection of good-ass guitar music. Sometimes it sounds like The Beatles, sometimes Jefferson Airplane, sometimes Leon Russell. It’s both funky and psychedelic, softly acoustic singer-songwriter, and occasionally perverted.” Listen to album track “Ain’t Nothin’ New” HERE. 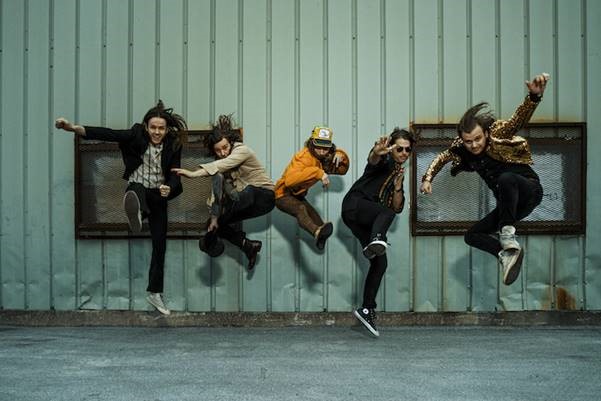 Rolling Stone Country premiered “Ain’t Nothin’ New.” and said, “Taking cues from Little Feat, early Elton John, and even a dash of prog rock, ‘Ain’t Nothin’ New’ opens with some chilly synthesizer swells before warming up quickly with some chromatic piano chords and splashes of brass. There’s a dazzling series of jazzy little runs between verses and a soaring, melodic slide guitar solo that leads into the final vamp.” Co-frontman Nik Lee said “This is undoubtedly the best I’ve ever felt about the music” while Daniel Creamer offered of “Ain’t Nothin’ New,” in particular, “I think it’s the perfect introduction to the sound on the new album.”

The Lone Star-bred Texas Gentlemen consist of co-frontmen Nik Lee & Daniel Creamer (who also handle guitar and keys), Ryan Ake on guitar, Scott Edgar Lee, Jr. on bass, and Aaron Haynes on drums (who has since been replaced by Paul Grass). The band take their cues from some of the most iconic acts of the past. The quicksilver brilliance of The Wrecking Crew, The Muscle Shoals Swampers (who backed everyone from Aretha to Wilson Pickett), Booker T. and The M.G.’s, Little Feat, and Bob Dylan’s one-time backers The Band are the most obvious examples.

Originally assembled as an all-purpose studio band for an eclectic array of singer-songwriters including Leon Bridges and Nikki Lane (among others), The Texas Gentlemen quickly found themselves backing everyone from George Strait and Kris Kristofferson to Terry Allen and Ray Wylie Hubbard in a live setting. The legendary Joe Ely once described them as “the best backing band I have ever played with. Seriously.”

“We all have pretty good grips on what we’re supposed to do, so a lot of Floor It!!! was tracked live in the studio, with as few overdubs as possible,” Nik Lee says. “We like to have it where everybody’s just vibing together in one room.” As for how he would describe the Gents? “I think it was said best by a guy on BBC radio,” he says. “We were on tour in Europe, and we’re driving to the airport and the DJ comes on and clears his throat and he goes, ‘Okay, up next we have a Texas boo-gie band called The Texas Gentlemen.’ So that’s what I like to say: we’re a Texas boogie band!”

Physical copies of the album will include the full-sized Floor It!!! board game which features double-sided game pieces of the band members (with both sober and inebriated sides). Floor It!!!, where players can “roll the dice and get good and blind.” Brought to you by Habsbro. Please see a Floor It!!! 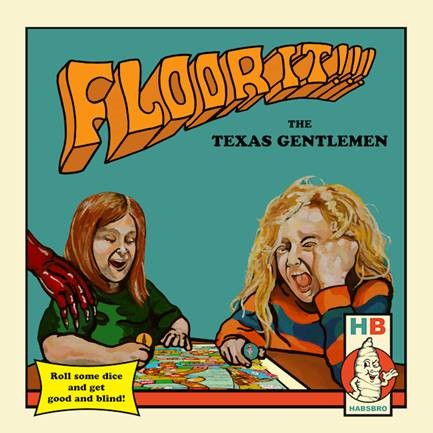 New Music out today from Tyler Farr as he releases his new Jason ...