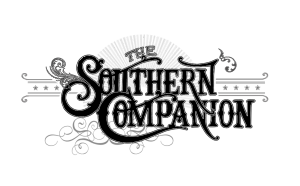 I was really looking forward to this gig.  I saw Darren Hodson, the frontman for the band, perform on his own last month when he was the guest artist for Jess & The Bandits when they played in Southampton.  I thought he was very good and thought with his Companions (who were missing that night) the band would be terrific

Unfortunately life kinda got in the way and on the night it wasn’t the full band as expected.  To start with Simon Johnson, who usually plays guitar & mandolin, had received a call from another artist requesting him, so he had dropped everything and answered the other call.  In fairness, if Tom Jones called me, I would probably react the same way!!  In addition, the bass player, Stuart Ross had a family emergency that he needed to deal with.  So Darren, Olly Richmond-Jones (drums) and Lee Maycock (keyboard) were joined by a friend Gianni Chiarello, who normally plays guitar, but instead this evening played bass

Speaking to Darren before they started he admitted to me he was really nervous.  He said that tonight was going to be very different, it was going to be stripped back and acoustic.  Having not seen the band before, that still sounded good to me.  He then admitted they had another slight problem, Lee has just moved house and as a result was in a muddle and in his rush to get to the pub on time he had forgotten his stool, he therefore had to hurry back to get it, not actually sure where indoors it was.  Fortunately his new place is just down the road from the pub and Lady Luck was on his side.  He managed to find it relatively quickly and was back in position just before 9.00.

By now there were quite a few people milling around, all the tables and chairs were occupied and there were people standing.

Before they started Darren said the first number was going to be more of a sound check number, with that they went into Leaving Kind from the 1000 Days of Rain CD.  When they finished he said, “Right, that was like us arriving at our desks in the office, turning the computer on, getting pens out & shuffling papers.  Now we start properly!”  It had sounded proper to me!

Rather off puttingly, there was a couple sat at a small table right in front of the mike stand, eating their dinner!  It was really rather odd considering there are tables in the back where they could have eaten, especially as when they had finished they got up & stood a bit further back for a while, but had left altogether before the break!!  It isn’t as if they were sat there first, the band were finalising setting up when they sat down!  Really rather odd!  I had to wonder … Date Night not gone according to plan??

After Waiting on a Corner (also from 1000 Days of Rain) was a cover of Neil Young’s Harvest Moon.  I am not a fan of Neil Young, having seen him at the Isle of Wight Festival in 2009.  I didn’t enjoy his set at all and sure was glad when he finished.  So now, whenever an act announces they are going to cover a Neil Young track, my heart sinks!  All was well though, it was a good cover.

Another cover – Repo Man by Ray LaMontagne followed and then Drive from 1000 Days of Rain.

This was followed by Crash, again from 1000 Days of Rain.  There is a video for this track, which is quite funny, mainly features the band at some live performances, several motor and motorbike racing crashes and quite a lot of Darren’s daughter and Simon’s son in Little Tikes cars racing around & bumping into each other!   Check it out here –

Another couple of numbers and the band stopped for a break.

The next track, Heaven Knows is a slow track and unfortunately the back ground noise was really quite bad, but that is something you do need to be prepared for in a pub.

Darren then sang Whiskey and You on his own.  I have heard him perform this before and I think he does the mighty Chris Stapleton real justice.  As far as covers goes, this is one of my favourites.  The band were back in for another Chris Stapleton number, Tennessee Whiskey.  Lee had a strong keyboard section in this track.

By now it was becoming obvious that Darren (who was playing guitar as well as singing as usual) was struggling with his left hand as he was flexing it and trying to stretch it between numbers, a bit like a motorcyclist flexes their ankle as they are driving down the motorway.  Darren was really very worried about the next track – Wrong Side of the 70’s, he wasn’t sure that it was going to work and just as they started Darren turned towards the band & said “Best of luck fellas, see you at the end!”  This track is about being born in the wrong era and there is a line in it which although I have heard the track several times it suddenly struck me as incredibly poignant for this year – ‘All my heros are checking out’.  That is 2016’s theme tune isn’t it??

After Maryanne, a track from the 1st album, Short Stories Tall Tales, Olly took over the lead vocals for Take a Load off Fanny.

Darren said the next number was the last “before we pretend to leave and you cheer for more!’  Darren explained the next track was one that they had done for Bob Harris and one of his Under the Appletree sessions.  He explained you are asked to perform 2 original tracks and then a cover.  For their cover they chose Del Amitri’s Driving With The Brakes on.

The crowd were very polite at the end and cheered, whooped and generally hollered for more.  Darren laughed, put his hand on his heart and confessed that he was touched!

He then introduced the members of the band, calling Olly ‘his brother’.  Firecracker by Ryan Adams finished the set.  By now the noisy people had either shut up or left as the back ground noise wasn’t too bad at all.

Due to Tom Jones and family emergencies the band set up wasn’t quite as I had hoped, but it was still extremely good and I enjoyed the whole set.  Having not actually seen the band before, if Darren hadn’t said anything about members being missing I am not sure I would have noticed.

Talking to Darren again afterwards he said that he had been horribly nervous throughout as he really wasn’t sure how or if it was going to work.  I commented on his hand, which he was still flexing, I asked if he had played harder over compensating for there only being one guitar instead of two.  He laughed and said possibly, “that or I was gripping my guitar so tightly in fear and nervousness!”

Darren has a strong powerful voice and his enthusiasm comes across strongly.  The crowd seemed to be very appreciative.  In our party of five, there were 2 members who were attending their 1st Country music gig, 1 being my step-daughter.  She loved it and made me laugh when she said she wasn’t expecting such high quality, more especially as it was in a pub, not actually a ‘proper’ gig.  The Southern Companion have, deservedly, at least one more fan!!

If you haven’t checked The Southern Companion out yet, I urge you to do so.  1000 Days of Rain is available in all the usual places, it has become one of my firm favourites for this year.  In addition, if you want the live performance the boys have a busy summer and are performing several dates and venues, including the Buckle & Boots festival at the end of this month and FSA Fest end of July.  Check out their web site for further details.