The debut single from a new female country group is always exciting and interesting for me, but when the group’s members are among the genre’s most respected contemporary artists and writers there’s added anticipation. 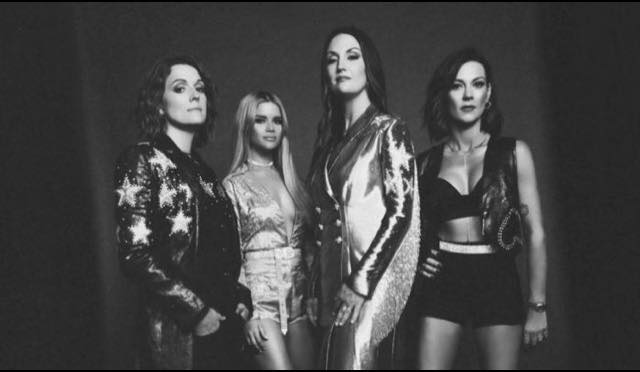 Amanda Shires, Natalie Hemby, Maren Morris and Brandi Carlile have come together to form the core of this supergroup ( or “ movement” as they describe it ) to challenge country radio and the Nashville establishment to play , support and include more women. Having been fortunate enough to witness their first public performance in Nashville in April at Loretta Lynn’s birthday tribute concert, the rapturous welcome they received from a packed Bridgestone Arena helped demonstrate how much support they have.
Maren teased the release of this single on social media last Friday together with a photo of the group dressed as firefighters ( all becomes clear in the song’s video! ) and I’m sure I wasn’t the only person waiting for the clock to tick over at midnight to finally give it a listen! And what an all-round fun track it is! Co-written by Hemby and Rodney Clawson it’s a massive celebration of womanhood and the ever increasing pressures and expectations faced by females in the modern world. There’s some serious truths in the lyrics but a lot of humour too and it is generally a very lighthearted write marvelling at how women manage to juggle so many plates…… as they sing it the catch chorus  “ runnin’ the world while we’re cleanin’ up the kitchen “!.
This mid-tempo track is the first taste of what to expect from The Highwomen’s self-titled album, due for release on 6th September on Low Country Sound/Elektra Records, and Dave Cobb’s trademark no frills production ensures that the song itself takes centre stage. I can actually visualise one big party going on in the studio while this was being recorded….I almost expected a cheer at the end, I’d secretly like to think there was but it was edited out!. Taking it in turns to sing the first few opening lines the ladies come together for the remainder of the song with wonderful harmonies throughout as you’d expect, while the great guitar led accompaniment (  Jason Isbell if I’m correct? ) is augmented by a strong drum and tambourine beat making this a real toe-tapper/clap along number. Yep it’s infectious alright and a throwback to the classic country sound of the strong, inspirational female artists the band all look up to.
The fun continues throughout the track’s official accompanying video, released the same day as the song itself albeit several hours later ( again, i was on countdown!) which sees the group, joined by a truckload of female country artists including Cam, Cassadee  Pope, Wynona Judd and Tanya Tucker, burning more than just their bras in an display of solidarity and contemporary women’s lib !
Yes, The Highwomen have officially arrived in superb style, and everything  i’m hearing about the upcoming album ( including cowrites from Miranda Lambert and Lori McKenna and a rewrite of the original Highwayman classic by Carlile and Jimmy Webb ) already has me itching for its release.
It’s available to pre-order/download here https://lnk.to/TheHighwomen……..The Highwomen store has some great merch bundles by the way which all include a donation to “ She Is The Music”, a nonprofit organisation aimed at increasing the number of women working in all aspects of the music industry.
As well as an album ( produced by Dave Cobb and due for release on 6th September ) there’s a documentary on the way.

Miranda Lambert – “It All Comes Out In The Wash”...