One of the most popular acts on this side of the Atlantic: Chase Rice has built on his previous trips to the UK including Country Music Week in 2018 and his set at last year’s C2C Country 2 Country which was a roaring crowd pleaser that everyone was talking about has now returned for his eagerly anticipated 2020 The Pint of Anything Tour where we caught shows in Glasgow (where you will find the photos in this piece from) and at the iconic Shepherd’s Bush Empire in London. 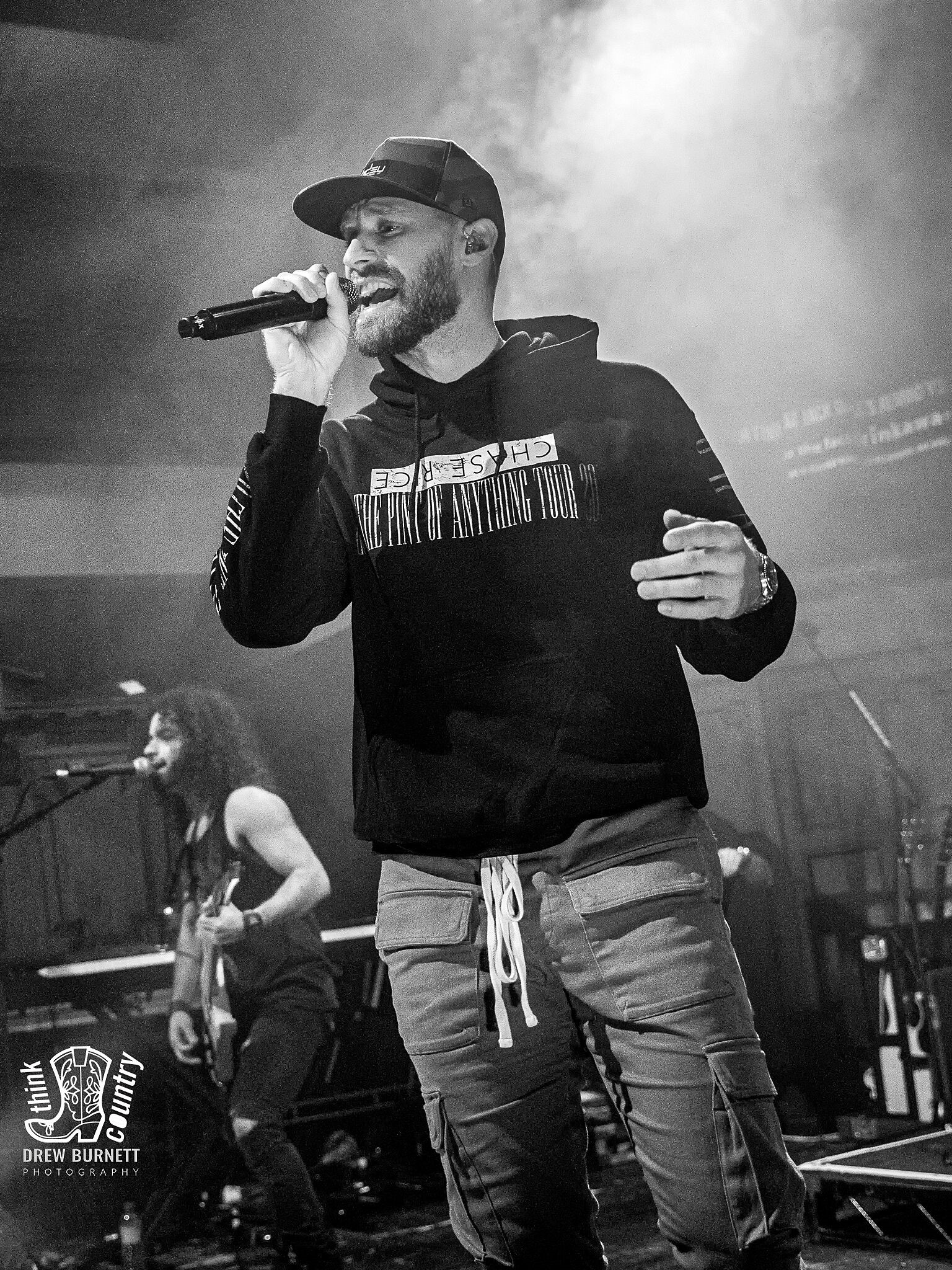 Rice was joined by rising star and member of the most recent CMT Next Women of Country classmember Madison Kozak who is opening for Rice on the tour, who also proved an instant success with the UK audience and I am sure will be back given her incredible reception. Chase Rice just turns up proves relatable, with an uncanny ability to connect with his audience and just brings it! Then he brings it even more with a crowd fully engaged in his performance which the London crowd absolutely gave it everything that they had!

This girl has some balls! Playing a support slot on your own with a loop? Yeah you did! Whitney covers as an intro absolutely slay into anything especially when you deliver like that, holding notes like that really sold yourself proud. The Country Roads/Wagon Wheel medley WORKS! Would love her to come back and would be really interested to see her with a full band!

Following on from the joyous Madison Kozak, the exuberant Chase Rice burst onto stage with Lions which erupted the audience into a frenzy to seek out everything that this infamous UK crowd can deliver! There is just something about Chase Rice, is it hearing Stormzy in his intro or just getting loud? However it grabs you and he brings you to to where we need to be on a Saturday night in London!

This town got loud, London always knows how to bring it but tonight we were almost possessed! Following a series of acoustic shows an a C2C performance last year, Chase Rice threw that away and really didn’t leave anything behind. It’s almost like he says “This is what I have really got, so let’s go!” Jack Daniel’s really showed up through the early part of the set, he came and did what he always does but London was well and truly on that same boat!.

Chase made the deal of making the night appear special version through recording the crowd to reiterate how magical these crowds over here are, just believe it and want to live everything you hear about playing here! It’s better than that, I’m biased but Nashville ain’t got shit on us! That is the ultimate #SorryNotSorry but when he brought Madison Kozak back on stage, it how just showed how ‘Unforgettable’ playing in the UK can be.

The set progressed through the sway along beats that fans has learnt to love Rice for u songs like ‘Gonna Wanna Tonight’ through the sing a long ‘Three Chords & the Truth’ which the crowd not only connected with but identified with. The idea of ‘Three Chords & the Truth’ is so powerful and such a great song idea that we need to pay more attention to, it’s real! It’s honest! It’s relatable globally! Like any show you buy tickets for, you anticipate the hits! Chase performed one, it was called Eyes on You! The wonderful Mr Chris DeStefano had waved his magic wand over it and it was a radio #1 which people craved and he did he brought the crowd to it’s knees! We also got to hear a number of tracks off the forthcoming new record which enticed fans will be wanting more and cannot keep singing along to!

From this point Chase sat on the stage alone performing acoustic to really highlight his own prowess on ‘Carolina Can’ and through his entire storytelling before the party really started with the Florida Georgia Line megahit that he co-wrote! It’s called ‘Cruise’ and you may have heard of it?

I am huge fan of covers medley’s and feel they at times are a dying art but Chase’s medley is a treat to be seen! Dropping Blink 182 into Sweet Home Alabama to Sweet Caroline for a good old school crowd singalong! 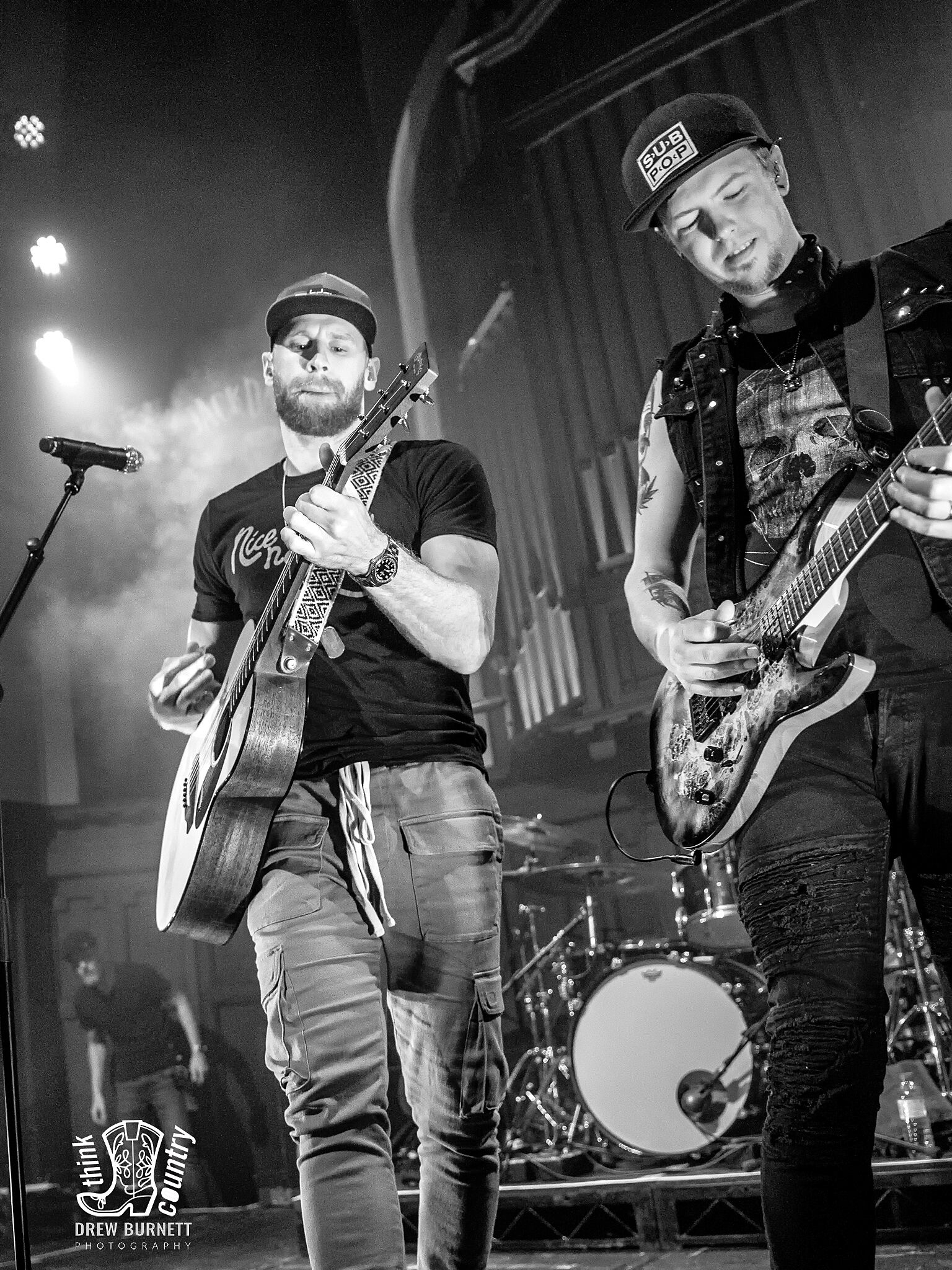 This anticipated UK run where the majority of the dates had sold out well in advance concludes in Bristol at Thekla (January 19th) before heading into mainland Europe for shows in Germany (Cologne, Munich, Berlin and Hamburg) before concluding the tour in The Netherlands for a show at TivoliVredenburg in Utrecht on January 27th. 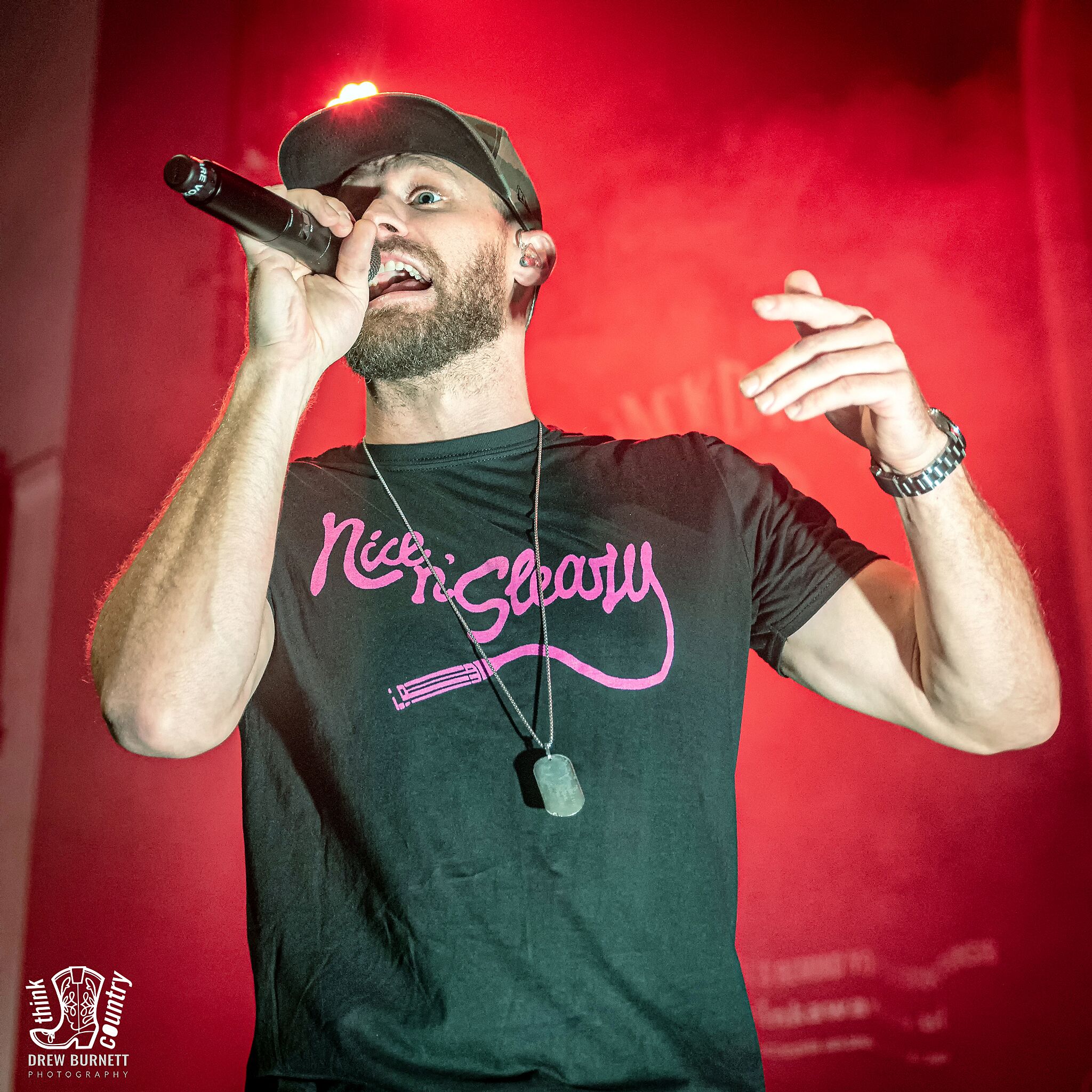 On returning to the United States, Rice will join Brantley Gilbert on his Fire’t Up Tour from April plus I expect we will shortly be hearing more about his upcoming 7 song project: The Album Part 1 which we cannot wait to hear and am sure given the reaction and his ever growing fanbase in Europe that trips across the pond will continue to be a priority.