It’s that time for another write up from The Country Mile Towers. Another absolutely crazy month for the world of course, I am just so pleased we have music to take our mind from other things. It’s certainly helped me to be able to deal with *stuff*! The first part of this months column will be a chance to me to tell you about a great radio project, one of the positives of being in lockdown. And then a brief mention for a gathering of passionate Country fans online, followed by a round up of some of my favourite recent releases.
LOCKDOWN COUNTRY RADIO

One of the positive things to come from some people being sat at home, is that they come up with fantastic ideas and then actually execute them as well! Many of you will know and listen to Willie Evans, the host of Regal Country [ West Lothian’s No. 1 Online Community Radio Station – Regal Radio ], every Sunday morning. He also has a daily Breakfast Show there too, so while recording all of the above from home, he obviously decided there was still a few spare minutes in his day and planned setting up a temporary online radio station. 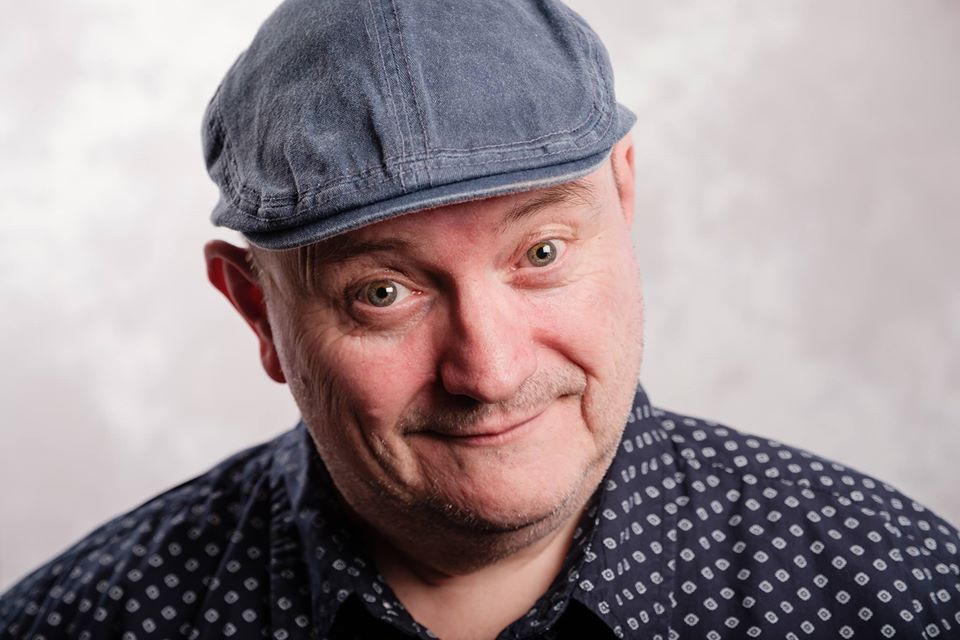 Thing is, Willie wanted to do things a little differently. Aside from a couple of existing syndicated Country shows [ namely me and Ali Donowho ], he wanted to invite people who had never done a show of their own before too. A couple of others had a little experience but in the main, the majority were radio novices but also massive Country music fans. The styles would cover pretty much everything, from the mainstream to the traditional and everything in-between, some old, some new. A proper mix. Over the course of a few weeks, people got their thinking caps on and came up with playlists. Some were able to record from home themselves, others needed a bit of remote technical help to get things edited. It was also going to be a ‘pop up station’, so basically across seven days of broadcasting, each show would be heard daily and at different times, so all hosts would be on prime time at some point. Launching early on the 28th May, the whole week went superbly. Not only did the newbies experience the sheer joy of being heard on the radio but many hundreds also tuned in and loved what they heard.
I’ll not pick out individual names here as I genuinely enjoyed everything I heard, even artists I would usually turn off. That was down to the way the playlists were put together and how each host shared their love for what they chose. Thing is….as the week went along, Willie knew this was something special. The mind went into overdrive and he knew this couldn’t be it! So long story short, LCR will be carrying on. Right now, go to Lockdown Country Radio – playing great country music 24-7! and the auto system will entertain you, alongside a chance to hear existing shows. But now also, a cherry picked selection of additional hosts have been added, so lots of new shows are being planned too. Still mainly newbies but I for one can’t wait to hear what they have to share with us. Keep an eye on the website for updates. Its been fantastic to be a small part of this adventure and I am sure everyone involved would love even more people to give them a listen when they can.
SCOTTISH COUNTRY MAFIA 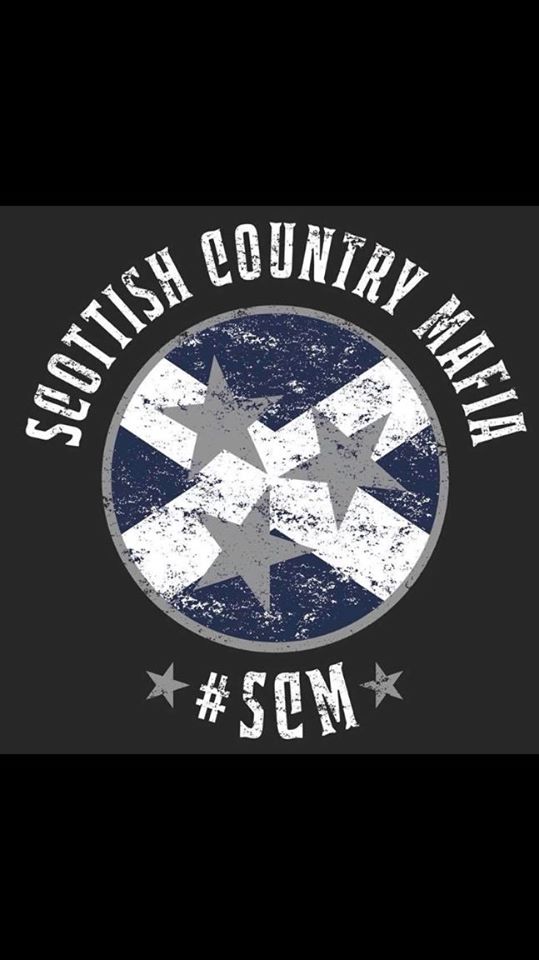 A quick mention now for this enthusiastic Facebook gathering before I get to the music round up. Formed in 2016 by a dozen music fans, they now have several thousand followers on their social media pages. The original aim of the group was to raise money for charity but then also just to meet other people with shared interests and exchange Country news and music. It is a massive mix of personalities! Some more vociferous than others for sure but all with the best interests of Country at heart. What has been great in recent weeks, has been their LIVE Lockdown sessions, with various artists playing exclusively on their page. There has also been Bingo sessions and quizzes, all to raise money, too. Just search ‘Scottish Country Mafia’ on Facebook and join in.
NEW RELEASE ROUND UP
Yet again, a ton of great new releases across this last period of time, both albums and also EPs and singles. Let me give you a flavour of some of those that really caught my ear.
MO PITNEY – AIN’T LOOKIN’ BACK 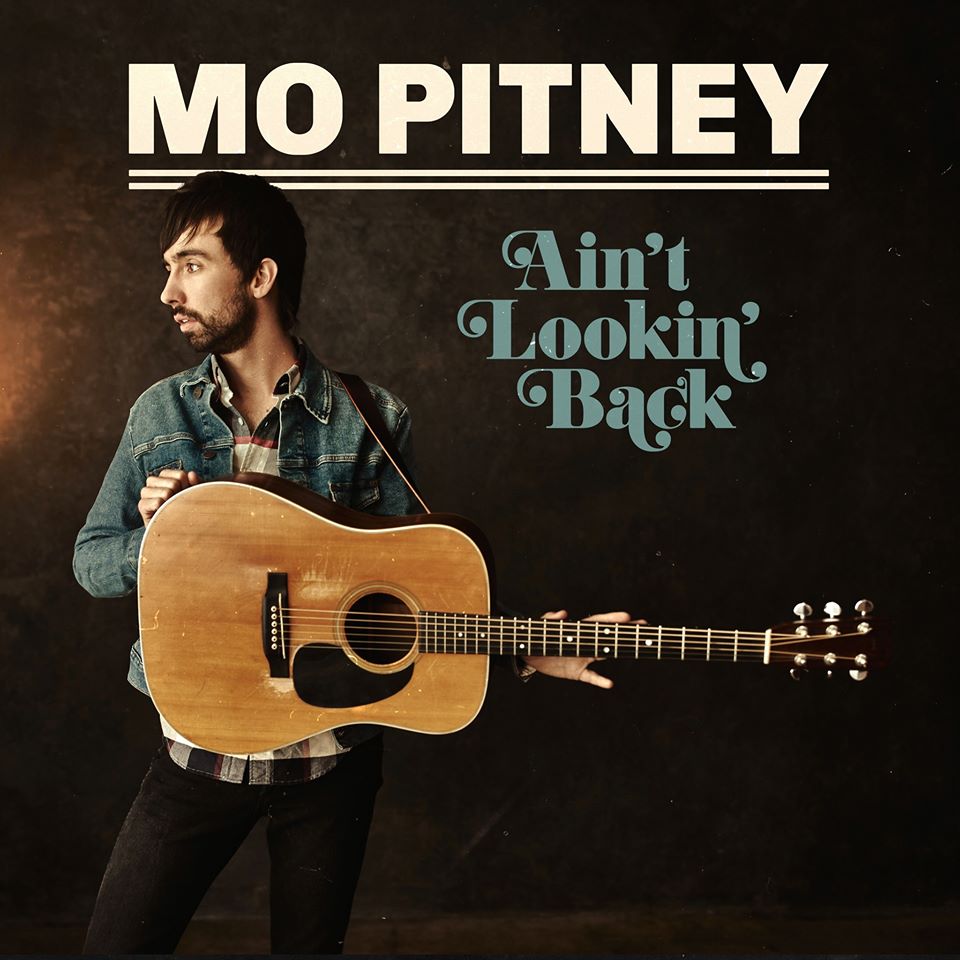 A bit of a cheat with this one to be honest, it’s not actually out until August [ the 14th to be precise ] but as a nice and kind PR chap sent me a streaming link today, it would be rude to not whizz through and see what’s what. Most of you will have come across four songs already, at least, the way many artists seem to release loads of tracks ahead of release these days! So you will have a rough idea on the sound he is going for. I guess for many long term fans, they may be a little concerned that the bigger Mo gets, the more polished he might get, a little more mainstream sounding. On the initial listen to the other songs on this thirteen song collection, I think there could be a few moments when this does creep in, albeit not full songs but with some of the little samples popped in. The songs themselves are really good and THAT VOICE is prominent right across the album. I don’t think he could go too far wrong with vocals this Country. It’s a really good mix of the more laid back songs and some more up tempo, lots of TUNES along the way. Special mention from me as a massive Bluegrass fan, ‘Old Home Place’ is Bluegrass at its core, even when the drums kick in. Lovely!
JEFF WARREN JOHNSTON – UNDISCOVERED COUNTRY 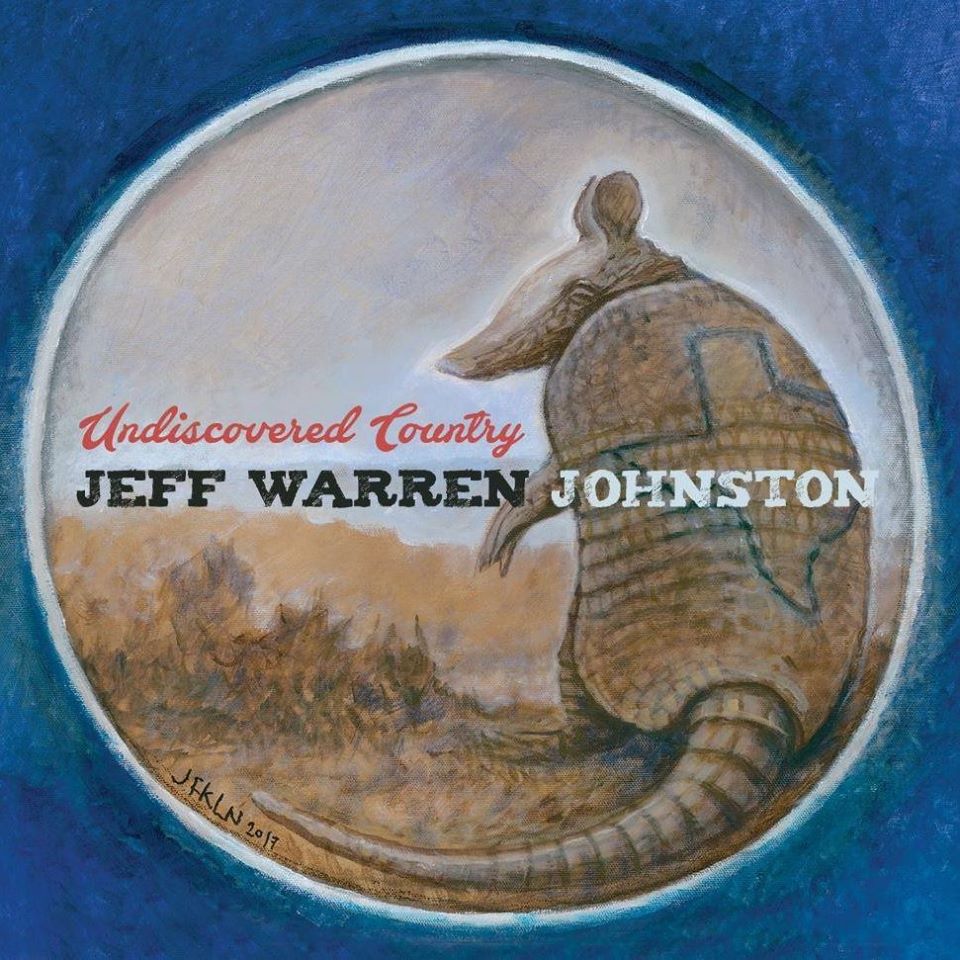 I got hold of the new album from Texan, Jeff, a couple of weeks ago, courtesy of the man himself. Really enjoyed the style on this one, as its not straight up Texas Country or Red Dirt, although it retains elements of both along the way. But Jeff also adds some extra original touches, such as a horn section on a couple of songs. He describes his style as Country Rock on his Facebook page but I think it goes further than that and there is much to enjoy here. Find out more at his website: https://jeffwarrenjohnston.com
MIKE AND THE MOONPIES – TOUCH OF YOU: THE LOST SONGS OF GARY STEWART 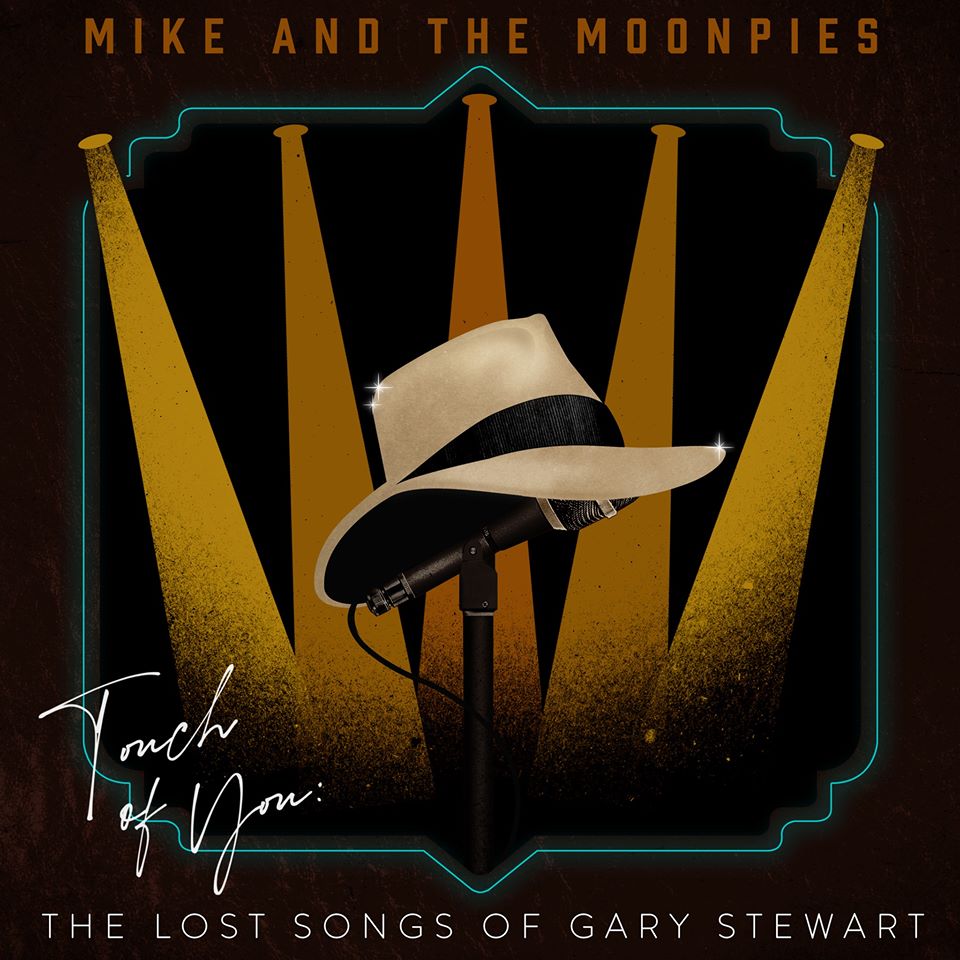 Another of the great things that have happened during lockdown! The Moonpies are one of the best Country bands on the planet of course and while they all found themselves at home, they hatched a plan. Gaining access to a a ‘lost’ vault of songs from the King of Honky Tonk, Gary Stewart, direct from his family I believe. As one of the main inspirations for the whole Moonpies sound, I imagine this was rather exciting for the band to say the least! The collection should be in most Top Ten lists comes the end of 2020 I’d suggest. They have kept the spirit of the original songs and added a Mike twist to them as well. The more you listen to this one, the more you will love it, if you have any taste at all!
JUSTIN JEANSONNE – HONKY TONK HEAVEN / SIDE A
This is a newly released EP that I wanted to mention here. A bit of a rarity here, with the opening track, ‘Sweet Company’ clocking in at over eight minutes! You don’t see that too often in Country music. It’s a gorgeous tune [ as a ball park reference, we are thinking the likes of Cody Jinks, TJ Hernandez etc ], laid back, pedal steel all over it. Halfway through, it pauses for a moment and you think that’s it, only for the back to start up again and give us nearly four minutes of loveliness. The other songs on offer are the more regulation kind of lengths but every one is strong and for just a few pounds, you really should grab this from your download site of choice as soon as you can. Go ‘like’ his page: https://www.facebook.com/justinjeansonneband/
BRYAN JAMES – POLITICS OR RELIGION
On a similar style, that badass Outlaw kind of thing, you should also get hold of this cracking collection. Based out of Killeen, Texas, Bryan has that perfect deeper drawl that is perfect for this style of Country. You get a full selection of monster tunes, you will be humming along, tapping those toes and then tuning in to the lyrics on those slower songs too. More details on this and previous work at his website: https://bryanjameswebsite.com
CAITLIN CANNON – THE TRASHCANNON ALBUM
For my last little album paragraph this month, we bring you a great choice if you fancy something original and fun. The TrashCannon Album [ yes, all one word according to the cover ] is in one way, a little all over the place but in the best possible way. From straight up Country tunes such as opener, ‘Going For The Bronze’ [ albeit with a twist on this one ], ‘Barbers & Bartenders’ and the delicate ‘Daddy-O-Mine’, to up tempo, almost ROCK sounding tunes like ‘Mama’s A Hairdresser’ and the near Punky attitude of ‘My Man’, which is built around hand claps and percussion. It’s just something different for when you want something different! Definitely a lady to get on board with, so you can say you knew her when she was on her way to the top. https://www.caitlincannonmusic.com/
SINGLES – A very brief round up, please look out for some STONKING singles around from the likes of KYLIE FREY, MATT CASTILLO, VONN KISS & THE DARK HORSES, PAUL BOGART, MICHAELA ANNE, THE BUCKLEYS, ARNA GEORGIA, HOUSE WHISKEY, LUCAS EBERT & DALLAS REMINGTON, among many, many others.
BLUEGRASS – If you fancy some of the grass that is legal, then recent choice cuts have been put out by DARYL MOSLEY, THE GREENLINERS, LIZZY LONG, TURKEYFOOT and not forgetting the UK’s very own ladies who have signed to a big label, MIDNIGHT SKYRACER [ a storming album ] and an upcoming record from Papa Truck, who are based in Wycombe.
I could also nudge you towards my show where hopefully you can find many more artists and tunes to enjoy! Thank you for reading, if you made it this far, please have five virtual points to carry forward to next time. In the meantime though, keep staying safe and positive!