Welcome back to The Country Mile Monthly, the third in the series. I hope everyone is keeping safe and well still and being sensible and alert! One thing is that many of you will have had more time to explore and listen to the wonderful world of Country music. I hope some have taken the chance to maybe try new names and styles of the genre too. Down below you can find a round up of some of my choice picks for this month. To begin with though, I want to highlight two much respected Country radio broadcasters for you to go an investigate. With recent pretenders to the crown covering UK artists, I thought it was only right that I reminded people about two of our more long term supporters of the Brit Country scene.
COUNTRY RADIO SPOTLIGHT
Many radio shows across the UK are always looking to highlight the UK artists on the Country scene, probably far more than even I am aware of. Most community and online stations these days have a Country show of some sort after all. But this month, I wanted to get in touch with two highly respected broadcasters and ask them a few questions about what they do.
CRAIG PARRY from the south of Wales has been producing the Moonshine Experience radio show since January 2015. It has grown along the way and can now be heard on several FM and online stations, including Dapper FM, Bro Radio [ don’t panic, this is NOT about Bro Country! ], CountryRadio.uk, Phoenix Country Radio, Mix Tape Radio International and Rhonda Radio. You can find out about days and times on his Facebook page – http://www.facebook.com/expmoonshine . As I came into the Country radio scene in 2016, I saw how far Craig went in his support of UK independent artists and that has carried on until today. He has featured several artists in session live in the studio [ in those days when we didn’t all have to record from home! ]. Craig also has had UK spotlight features in his shows and has always promoted all across social media. One of the most hard working broadcasters I have come across and he hasn’t slipped me any money to say that!
He is also one of the most passionate people you can meet and has sometimes come unstuck on Facebook getting involved in various debates! But that passion comes from the right place for sure. I did ask him what he thought of the UK scene and what artist can do to help radio shows. His reply was very long and so I have to edit it down a little but here is his shortened views.
Craig feels that the current scene is too fragmented with many artists doing their own thing. He says how much hard work goes into putting a radio show together every week and that it would be great if more artists could work alongside the shows and cross promote each other. On top of that, the numerous blogs, websites and social media pages that post about Country, could probably all do more to let people know about the independent radio shows. Generally speaking, for the whole scene to get together and help each other out. He also thinks [ and I agree ] the two main national Country stations could do a lot more to fully back UK artists, aside from just occasional plays. At the same time, artists should consider more music campaigns with the independent shows, who are far more likely to back them in the longer term.
Craig has a lot of thoughts on the wider Country scene as you can imagine if you know him! Sadly space constraints here mean I can’t share them all but he basically loves the more traditional Country sound but is open minded about new ideas, as long as it retains some elements of the core sound and doesn’t just turn into a Pop song. I’d like to thank Craig for his help since The Country Mile started. You can get in touch with him via his Facebook page or by emailing: moonshineexperience@yahoo.co.uk 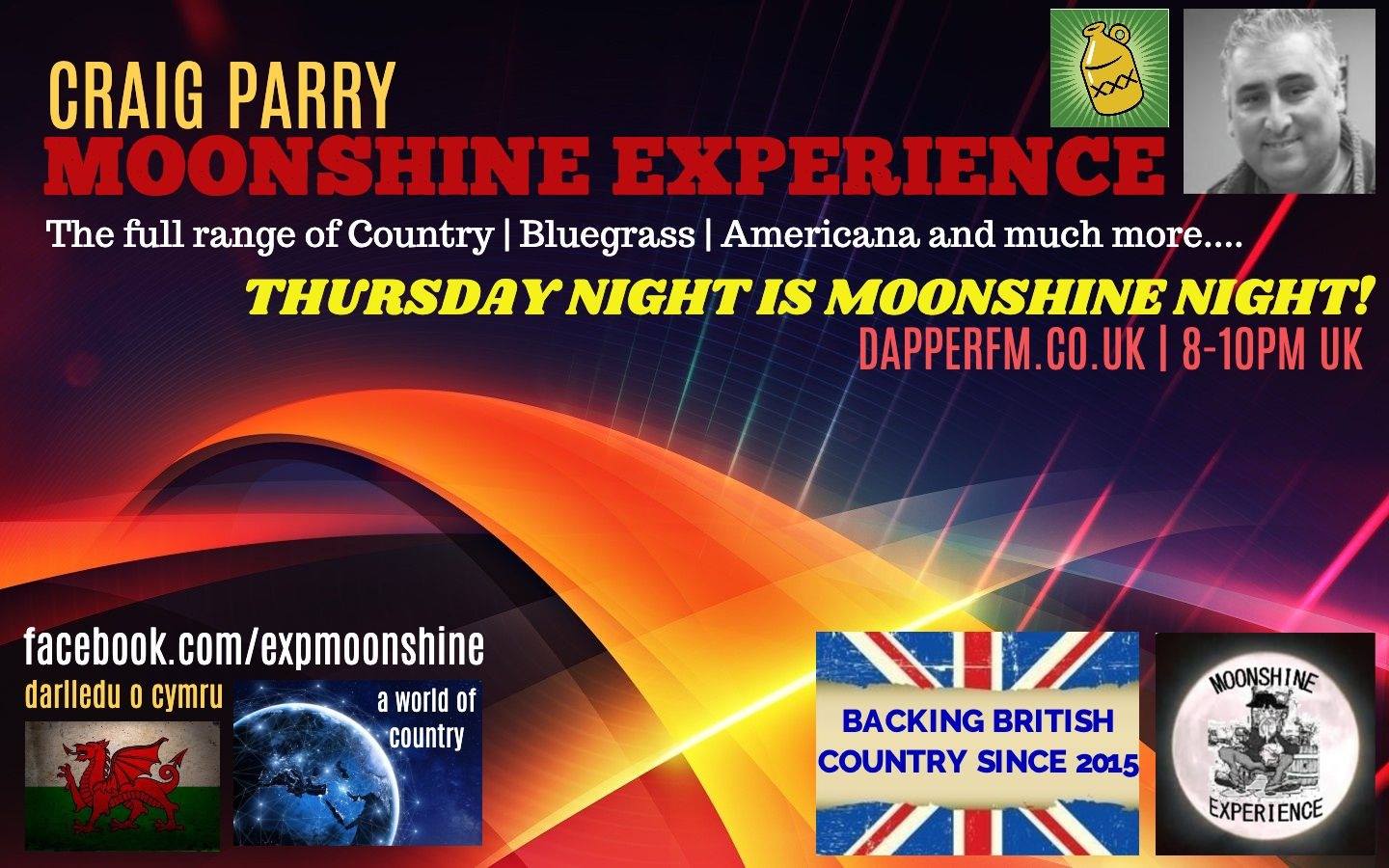 Image courtesy of zh-cn.facebook.com
ROGER PECK launched the British Country Music Show in February 2016 and is now past two hundred editions. He has one of those relaxing, laid back styles so you can just chill and enjoy the music. His show is also syndicated, currently on seven stations, including CMR Nashville, Sunshine Radio UK, Irish Country Radio, Rainbow Sounds and West Norfolk Radio. See websites for showtimes. Currently based in Aldershot [ but sadly a Southampton FC supporter! ], his passion for the UK scene is second to none. Putting together his weekly two hour show takes a lot of hard work and preparation as he often includes interviews with artists as well as the songs themselves.
He decided to put the BCMS together originally as a showcase for just the UK scene and it has grown from there. Not one for flashy promo posts or shouting from the rooftops, Roger has just quietly gone about his work and now has this widely respected programme. When I asked him about the current scene and his thoughts on how things could be better, his reply was much shorter than Craig’s, so I can include it in full! He told me, “There are very many up and coming artists on the scene but they need more opportunity to promote their music. British Country singles and album charts would provide a boost to lots of artists and more exposure on national radio would be welcome.”
You can get in touch with Roger via: rbpeck@aol.com 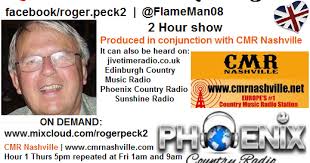 Image courtesy of countryroutenews.blogspot.com
Don’t forget the all embracing airplay inbox, where with one email, you can potentially reach a whole range of British based Country radio shows. Email your music, fully tagged, to: countryradioairplay@zoho.eu. To round this section up, I would just urge all UK artists out there, to always try and support your friendly independent radio shows. Between all of us, we can cover a large section of the country with the music and our listeners are often long time, die hard Country fans who would possibly become long time, die hard fans of what you do!
My music round up this month won’t be too long, not because there hasn’t been anything worth hearing recently but the main focus this month was for Craig and Roger.
Since my last monthly column, we have had a lot of high quality, proper Country music being released. WILL BANISTER has given us some of the strongest music of his career for sure, on new album ‘Everything Burns’. Track after track of Country Gold. Definitely has shades of Strait along the way and has to be an essential purchase for all Country lovers. 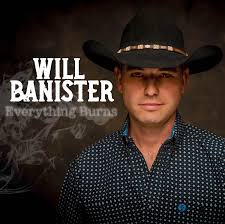 Photo courtesy of willbanister.com
Also, ‘Hold My Beer Vol. Two’ from RANDY ROGERS & WADE BOWEN, the follow up to…..er…Vol. One! While the first was very good anyway, they admit this second collection is more of a properly planned and thought out release. The likes of ‘Rhinestoned’ and ‘Speak To Me Jukebox’ will be among the best Country songs you will hear all year.
For whatever reason, CHANCEY WILLIAMS is an artist / band that I have never paid too much attention too but in various parts of the States, they are a major pull. From Wyoming, they mix Country with a little bit of Rock and Rodeo and the new album, ‘3rd Street’, is just a great fun listen throughout. One for any sunshine days we might have for sure. 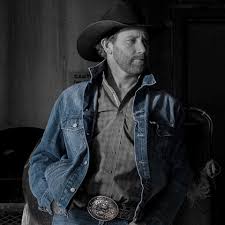 Photo courtesy of billingsgazette.com
T.J HERNANDEZ has a new album of authentic Country than you should all go and check out. With one of those voices that could be loosely described as being in the Jinks, Jamey Johnson ball park, ‘Destination Unknown’ combines the slowed down, passionate Outlaw style ballads alongside the more up tempo get you going tunes. The real deal and a 2020 highlight I would suggest.
I have also played some storming singles on my show recently by the likes of Clay Walker, Clay Hollis, Dallas Remington, Norway’s Arthur Stulien, Mark Chesnutt, Lori McKenna [ I love her music a lot! ], Mira Goto and a load more. Maybe you can check them out! http://www.hearthis.at/thecountrymile
Bluegrass continues to roll out a ton of talent. Special Consensus with their ‘Chicago Barn Dance’ is fantastic. From New South Wales, The New Graces have put out a lovely, more laid back album too. Steve Thomas & The Time Machine and Brady Stogdill have released high quality collections and lots of single releases from the likes of Strengeplukk, Carolina Blue and Colebrook Road among many others. 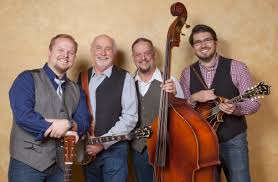 Photo courtesy of compassrecords.com
Anyway, thank you for reading if you made it this far! Keep trying all the wonderful new music that is coming out every week and I will see you here next month.

High Valley EP Grew Up On That