Ten Minutes With The Southern Companion 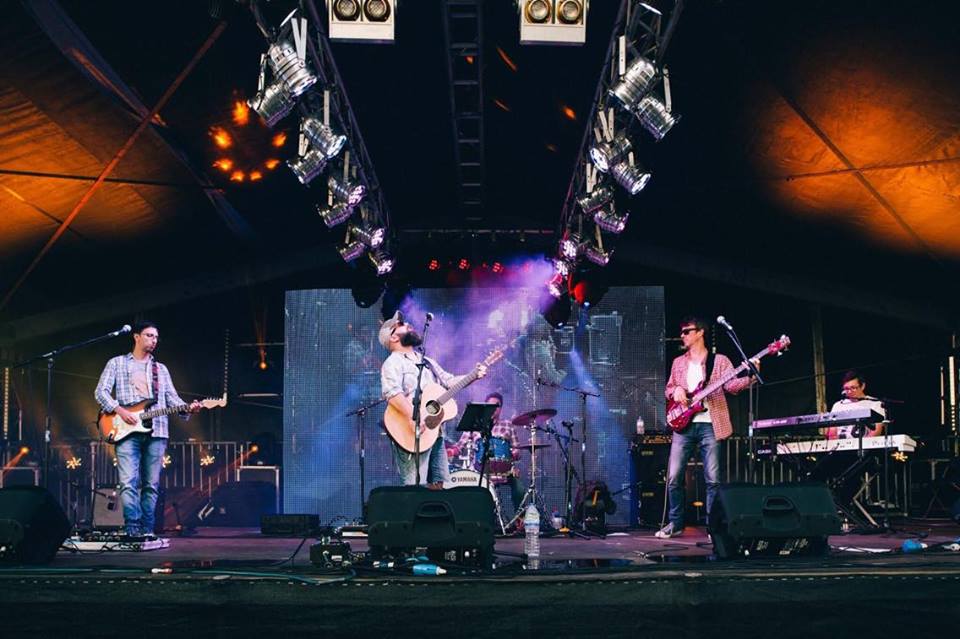 Tell us a bit about your Band

We’re a band from the South Coast of England, fronted by myself, Darren Hodson as Singer/Guitarist and principal song writer, we have Simon Johnson on Guitars, Lee Maycock on Keys, Oli Richmond-Jones on Drums and Stuart Ross on Bass. The Southern Companion started off as a kind of solo project in 2011, the 1st album “Short Stories & Tall Tales” was made up of a bunch of songs I’d written for various other bands I’d been in over the years and featured a range of different musicians I’d worked with before. The band line up on early shows was a pretty fluid kind of thing depending on who out of the wide pool of musicians & friends of mine were available, we can’t remember exactly when it was but sometime in 2013 the now established line up played our first show together and the chemistry was just great, from then on the dynamic changed to more permanent “band” and we started working on the next record which became “1000 Days Of Rain”

I’m a huge fan of a lot of music that you wouldn’t say is Country but has country colours, bands like The Allman Brothers, The Black Crowes, & Tom Petty, those obsessions go right back to being a kid. I’ve also always loved Del Amitri and think they are one of the UK’s most underrated bands. My wife introduced me years ago to songwriters like Jackson Browne and James Taylor and a that whole Laurel Canyon scene, I’m a long time fan of Ryan Adams and Jason Isbell, those guys are probably my biggest influence in the last 10 years or so.
My more recent favourites are, Sturgil Simpson, Kacey Musgraves and of course Chris Stapleton he’s fantastic. I just like great songs, I’ve never been into putting bands or artists in a box with a label on it but Country/Americana music is a great place to find great songwriters. 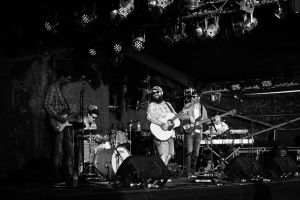 Blimey, I was 13 and it was for my mates mums 40th birthday, we’d all only been learning our instruments for a couple of months, I think we only knew 4 or 5 songs and no doubt it was a horrendous noise but it was a friendly crowd so I loved it.
I’ve pretty much been playing live shows ever since so I hope I’ve learned a little

In the UK I guess it’d be The Royal Albert Hall, it’s big enough and historically important enough to be at the top of anyone’s wish list but small enough to still feel fairly intimate. I’m not a fan of massive arena & stadium gigs really, in the US I’d love to play the Ryman for all the same reasons and also if you could go back in time I’d loved to have played the Troubadour in the early 70’s.

Jason Isbell, I’ve been a huge fan of his even back to when he was in the Drive By Truckers, I love his songs, think he’s the best songwriter of a generation and one we’ll talk about for a long time.

Solo, I love to play “Whiskey & You” by Chris Stapleton and also “Cover Me Up” by Jason Isbell, they’re both a real tightrope, you need to nail it else you’ll fall off and it’s a long way down if you start playing either one. 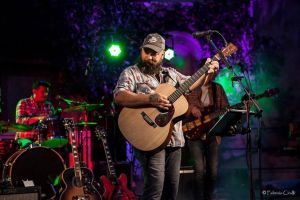 With the band I guess I still love “Driving with the Brakes on” by Del Amitri, It’s such a great song and I don’t think I’ll ever get tired of playing it. After recording it for Bob Harris’s Under The Apple Tree sessions we were really humbled to have our version of the song included on a charity album of Del Amitri cover songs. This was a fan based project that the band themselves supported. The album has raised over £10k for Spina Bifida Scotland. The album is called “Pasted Beyond Recognition” and includes covers from Ricky Ross (Deacon Blue), Travis and many other great artists.

Just a good old fashioned band, 5 guys loving what they do, it’s all about that moment, no night is ever the same, we all love great songs and love to have a good time.

I honestly believe that we’re in a transition period, I think the general public are more discerning than the industry gives them credit for. For years we’ve been spoon fed some pretty anemic and formulaic pop music dressed up in a Stetson and cowboy boots while great songwriting and real musicianship have been ignored by the mainstream media. I’ve thought for a while that if someone with a great voice, great songs and a no bullshit live show with a killer band gets a big enough platform to be seen & heard by enough people then it would turn the industry on it’s head, what happened with Chris Stapleton at the CMA’s in 2015 proved exactly that. It’s an exciting time, guys like Sturgil Simpson & Jason Isbell are having no.1 albums with little or no support from country radio. Don’t get me wrong there’ll always be a place for getting drunk and partying on a Friday night country music (and anyone who knows me knows I’m partial to a tipple) I just love the fact that the music I’ve always gravitated towards is finding it’s way into people’s lives and not only are they listening to it, they’re recognizing it as true art that has value and are willing to “buy” it.
I think one of the reasons the record business has suffered so much is they expect people to part with their hard earned money on something that has no real substance, give them access to something believable that resonates with them and it sells. Look at Adele for example, she’s a phenomenon, her album sales make every other pop artist look ridiculous, she’s an honest, old fashioned artist and people still want that. I’ll get off my soap box now! :o)#

Yes we’re currently in the studio recording our next album which I’m really excited about. You’ll see me (Darren) on Country Sessions coming up on Sky tv soon and I’ve also recorded a session for Phil Vassar’s Songs From The Cellar out in Nashville.

We’ve got great run of shows coming up including Timeout London/W21 show at The Jazz Café and CEI/ Your Life In A Song Presents in Birmingham. Then we head out on tour with Dexeter in April. Some festival appearances over the summer including Buckle & Boots and it’s shaping up to be a pretty good year.