One of the most interesting and talked about artists that took part in this years Country Music Week in London was Louisiana born artist Willie Jones who brings a really unique perspective on the “country” sound. With a much more urban flavour incorporating a lot of his influences from R&B and hip hop whilst still remaining focused on the heart of country music being about the story and connection through relativity but bringing a different output he quickly became a favourite during his performances in London and on other UK dates opening up for Michael Ray. We caught up with Willie before the show at Bush Hall in London on what we think will be the first of many visits from the American Idol alumni. 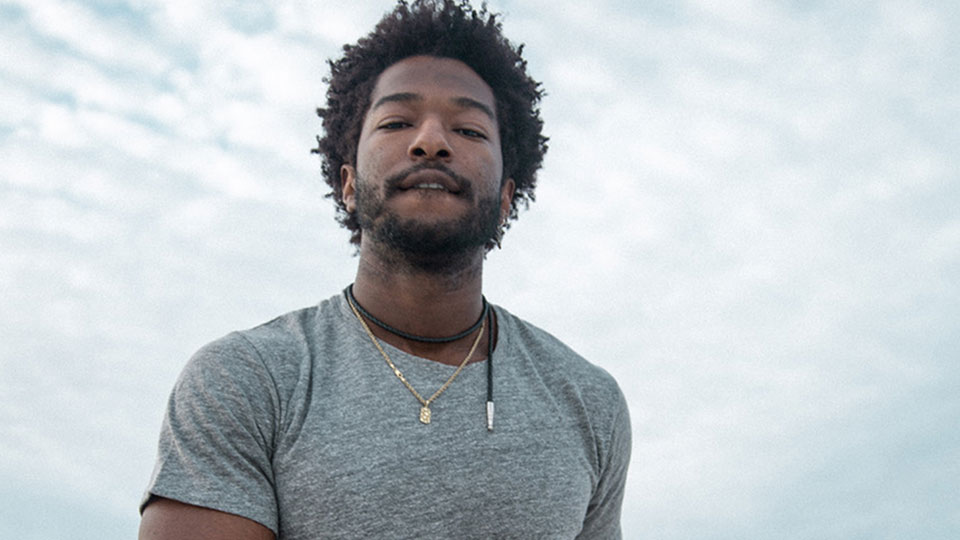 Willie Jones on previous visits to the UK:

I came out here like 3/4 years ago for this tour called MagCon and I think we were in one of the rooms at the o2. London’s cool, beside the rainy weather. Last time we went to a few different cities on a bus tour but this time is the first time I’ve been here kind of in the full industry of doing my music and playing shows with other reputable country artists.

Willie Jones on what people could expect from his European dates:

It’s me, my acoustic player then I’ll play a couple of songs just acoustic but I also have my DJ, so full tracks man! It’s a party! Everything I’m doing is original and I’m pulling out some new ones that aren’t released and I haven’t played here yet but I’ve seen a couple of shows and people here definitely give it a shot so I’m gonna take it!

Willie Jones on the appeal of testing the water in the UK:

I think it’s just to try something new, try something different and especially with country music growing with C2C and Country Music Week which is in its third year. I wanted to come experience this whole new kind of wave of something that in the next twenty years we can look back and say remember when it was first popping off with it and we were a part of it.

Willie Jones on his parking ticket in London:

It was crazy because I was on Instagram Live and I literally walked upstairs to like show off my room at the Airbnb, I looked outside and I was like WAIT!

So we’re working on the album, about to finish it up. I’ve got a couple more I probably wanna write, maybe swap out or fine tune but I came up with the name for it last week when I was driving, it just popped in my head. I had been putting a lot of thought to try and come up with a title but there was nothing that came naturally and when it just came to me, I was like that’s it! It’s kind of like gifts from God that just drop down and I act on. It’s just like with anything that you want to create, you’ll have the idea or a glimpse of it and you just act on it! So 2020 we’re looking at getting that out!

Willie Jones on Bachelorettes on Broadway:

I mean, I definitely wasn’t afraid to write it! It was the truth, I literally hopped of the bus and was like “What the fuck is this?” so that’s where it came from.

Willie Jones on making country music that may not be seen by everyone as “traditional”:

I don’t think it makes it easier but for me I just love the music that I make and I’m a fan of what I’m doing, you know I think it’s good and I love it but I mean I have to because if you don’t love what you’re doing, it will be hard to make anyone else love it. I think with the tides changing in country and to see it just opening up, it’s time for artists like me, Blanco Brown, Priscilla Renae and people with just a different swag to come through and share our stories. It’s great because I’m not trying to get caught up trying to please other people before pleasing myself. It sounds selfish but sometimes you have to be selfish as at the end of the day it’s your art so when I’m happy I feel I do a great job of making other people happy and they can feel the music.

Willie Jones on how country music became his calling:

I did a talent show and we had to sing a country song doing the show so I was trying to find the perfect country song to sing, I found one which was Josh Turner but wasn’t ‘Your Man’ this was before that (when Willie auditioned on American Idol in 2012 he performed ‘Your Man’ on the way to reaching the live shows) so I did ‘Why Don’t We Just Dance’ but in trying to find the perfect song I sifted through a bunch of different songs and liked what I heard. From then on I listened to country at home as well as listening to hip hop, rap and pop then I knew then. I was singing country in karaoke bars and then it had just become something that I just liked so it wasn’t even like a thought behind it. It wasn’t singing “country” I was just singing what I like so it just kind of morphed into me doing it full time.

Willie Jones on his musical influences outside of country:

Rap, hip hop, pop, I listened to a lot of top 40, gospel music, Christian music but Chris Brown and Usher are the 2 I always have listened to heavily and an artist named Ryan Leslie who’s like R&B but a lot of different stuff.