For some people, March feels more like it is 2 years ago rather than 2 months ago which was when we were hoping to see Big Machine Records and SMACKSongs rising star Noah Schnacky in London for this years Country 2 Country festival but then the world changed and that didn’t quite happen. Ahead of 2 brand new tracks coming tomorrow, we caught up with Noah who is currently spending his lockdown in Florida to talk about the new music along with how this uncertain period has not dragged for him and the ways he has made it ultimately productive. 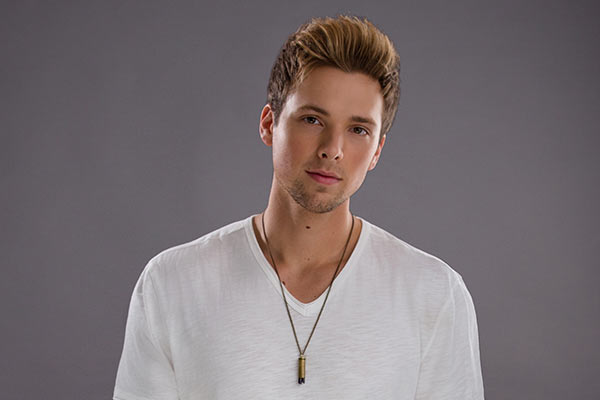 Naturally the first thing any conversation leans towards is the current global situation:

Nobody’s ever experienced anything like this, it’s been wild. Although it’s been absolutely horrible what’s happening, there’s been a silver lining to it and that’s the fact it’s really allowed me an opportunity to connect with fans in more authentic ways than I have before. It wasn’t until I stopped travelling the world that I started reaching it which has been a huge silver lining for me in this whole thing.

Which moves on to what he has been doing during this time of being unable to play shows and do things in person:

I’ve been doing these things called “Cyber Serenades” where I find someone’s profile online that believes in me and I’ll find out who they are, what they like, what they’re about and whatever inspires me I’ll write a song about it and dedicate it to them, post it on my social media and it’s just my way of reminding people that I’m watching and letting people know that I care. Besides writing those, I have my Zoom call writes in my room and I’m writing for myself a lot then on top of that I’ve been doing a lot of live streams. I have gone live for the last 51 nights in a row for 2 and a half hours! Don’t do the math on how many hours that is, it will break my heart! Honestly I couldn’t think of a better way to spend it as it’s turned my fans into friends, I’m forever grateful for that.

Along with what he feels he has learnt or gained so far from this time:

I have no doubt that this will have lasting impact, my goal was always to come out of this quarantine in a different position to how I started it. I really wanted to dive into social media like I never have before and it’s just been an absolute joy, it’s been so fun and I’m so grateful that this has turned out to be what it is because it’s totally changed my life in a positive way. I cannot wait for it to finish as I’m going stir crazy but I’m glad that we have utilised it the way that we did.

Then finally whether this has created any creative barriers or influenced his songwriting in any way:

It sounds crazy but I’m more creative when I’m left alone. When I’m given free time I love the opportunity, my mind starts to thrive in that especially when I’m cooped up as I’ve got nothing to do except be creative and dive deep into something which is what I’ve been doing. I’ve got all these song writing ideas that are some of the best ones I’ve come up with in a long time. It’s so fun for me and I really enjoy it plus I’m down here in Florida so it isn’t too bad a place to get quarantined, my family are my best friends so I’m doing quarantine with my best friends which is pretty sweet in itself too.

During the uncertain times we currently face and the state of quarantine that came about in the United States, Noah decided to head back from Nashville to stay with his family in Florida during lockdown which he felt was the right choice and best decision that has delivered positives during the time. Being born and raised in Minnesota, now living in Nashville, having a family in Florida where he had resided himself before moving to Tennessee where he was seeking to head back there as much as possible in normal circumstances brings a lot of different surroundings to shape him as a person, but how does he see the different places and where does he consider his home?

I will forever call Minnesota my home, those are my people up there. You can take me out of Minnesota but you can’t take Minnesota out of me! I will say this, Florida is where my family is at so my heart is definitely in Florida right now and Nashville is where my dreams is at! Nashville will always bring me to life, it’s one of the rarities of my life, I love the feeling!

In the present, it is a perfect time to share new music and bring new stories into the world so Schnacky is sharing a pair of brand new tracks this Friday (May 15th) where both “Comeback” and “Where’d You Go” deliver the first introduction to what he has been working on and almost exposing a different perspective compared to his previously released material.

These 2 tracks are leading up to an EP and the goal has always been to be as authentic as humanly possible to the audience. These songs touch a totally different part of my life. We talked about so many things before from: the storytelling of “Hello Beautiful” to the hopefulness of “Maybe We Will” to the dreams that I have to be for somebody of “I’ll Be The One” then these songs in particular touch on vulnerability, they touch on second guessing. One part of me is really excited about putting these out and the other is nerve-wracked as they are so authentic of what I’m truly going through. Honestly it’s truly wild to think about but they are both based off real events you know.

He is hoping to have his forthcoming EP out in the next couple of months with plenty more on the horizon to follow and continue to look at releasing consistently in a timely manor so the 2 songs out this week bring a good flavour of what we have to look forward to. The lockdown hasn’t overly impacted this release strategy or caused him to overthink what is forthcoming, if anything it has built further anticipation and discovery of what he is to share.

I can definitely say I’m excited and it would be dumb to say that it hasn’t but I really think that this quarantine has done nothing but allow me to go deeper to give people an understanding of who I am behind the music. Then there’s that much more meaning when the songs come out and that’s the ultimate goal.

Noah put a real emphasis on being a storyteller and how songwriting is his primary craft and passion, so it may not come as a surprise that he is recognised as such and part of one of Nashville’s most prolific songwriting families SMACKSongs. In recent times when I have spoken to Walker Hayes and Kylie Morgan who are his colleagues at SMACK, they have lead me in the way of other new artists to discover so as they had been good so far, I extended this to Noah to tell me which other artists I need to be checking out. He first mentioned Payton Smith who is an artist that a lot of people are justifiably really excited about with his dynamic blend of country and rock then he also pointed me towards CB30 which he shared “Those guys are right at the beginning of their journey just like I am, but I really see a lot in them” who like Payton he also shared an excellent character reference for the Clementi brothers and you can check out their lyric video for latest release “Love That About Her” below.

I was originally set to speak to Noah back in March whilst he was set to play at Country 2 Country in London which unfortunately did not take place due to the onset of the coronavirus situation. However although the festival did not take place this year in London, Glasgow or Dublin it did still occur as planned on the European mainland in Amsterdam and Berlin the weekend prior which Noah did still get to play then no sooner did he arrive in the British Isles was forced to head home after it would not take place the second weekend. This trip was his second visit to Europe having played the festival the previous year where he has fond memories of the trips over the pond and the audience in-particular which he is very much looking forward to make amends and revisit his UK fans at the earliest possible opportunity when restrictions allow it and is safe to do so.

The people over there are 100% the best listeners in the world! For a storyteller like me there is no better audience. When we played Amsterdam, Oh my gosh! We didn’t just play a venue, we played a beautiful cathedral in the middle of the city with Tony Arata who is the guy that wrote “The Dance” for Garth Brooks and Charles Esten. The three of us with the incredible acoustics of this church and an audience just ready to listen to stories. I had the best time of my life, if I could do that for the rest of my life I would do it in a heartbeat! That is exactly what I’m talking about, that to me, nobody else can do that. That is specifically a characteristic and so clearly identified with over there.

NEWS: Chris Lane Gives An Inside Look At His Headline Tour With &...