Following on from a roaring reception at this year’s Millport Country Festival on the Isle of Cumbrae in Scotland, Lockeland firmly announced their arrival onto the country scene in the United Kingdom. Michael Boris, Kyndon Oakes and Mark Vikingstad arrived making their first trip over the pond as a band (first time ever for both Kyndon & Mark) in late August and very quickly established themselves as a new act that country music fans over here could get very excited about. On this maiden tour over to the UK which in addition to playing in Scotland included shows in York, London and opening up the main stage at this year’s The Long Festival in Leicestershire on the same bill as the likes of Kip Moore, Josh Turner, LANCO, Eric Paslay, Asleep at the Wheel and Morgan Evans. After their fantastic set in Lutterworth where their new army of UK fans continued to grow, we caught up with the guys to find out about their first experience here in the UK. 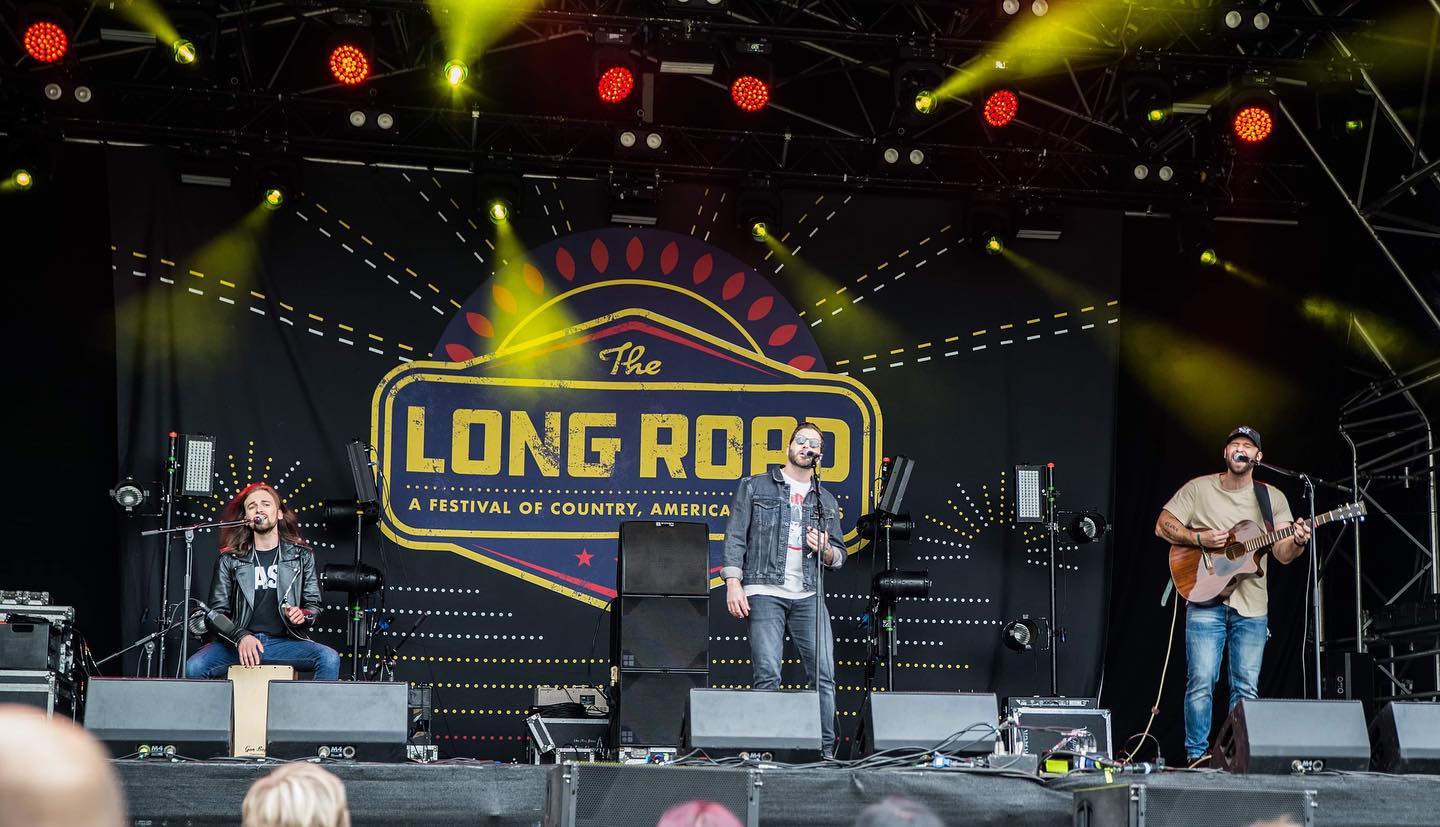 Lockeland on their first trip to the UK:

This is unlike any other experience we’ve ever seen in the most incredible way! All the fans and people over here are just so supportive, kind and loving. We truly feel so welcomed and couldn’t be more grateful for that, it’s just been going so well and we’ve been having a ball so it’s gonna be hard to leave on Tuesday but we definitely wanna come back!

Lockeland on playing Millport Country Music Festival as their first shows in the UK:

It was fantastic! So obviously we didn’t know what to expect and we were like – let’s play our songs and if they love us they love us. Our first show was in the Maverick tent  as an acoustic set, then we played that show and people started packing in and packing in. After we finished they were like “One More Tune, One More Tune!” That was the first time we’ve had an encore so we were like “What Are We Gonna Do?” 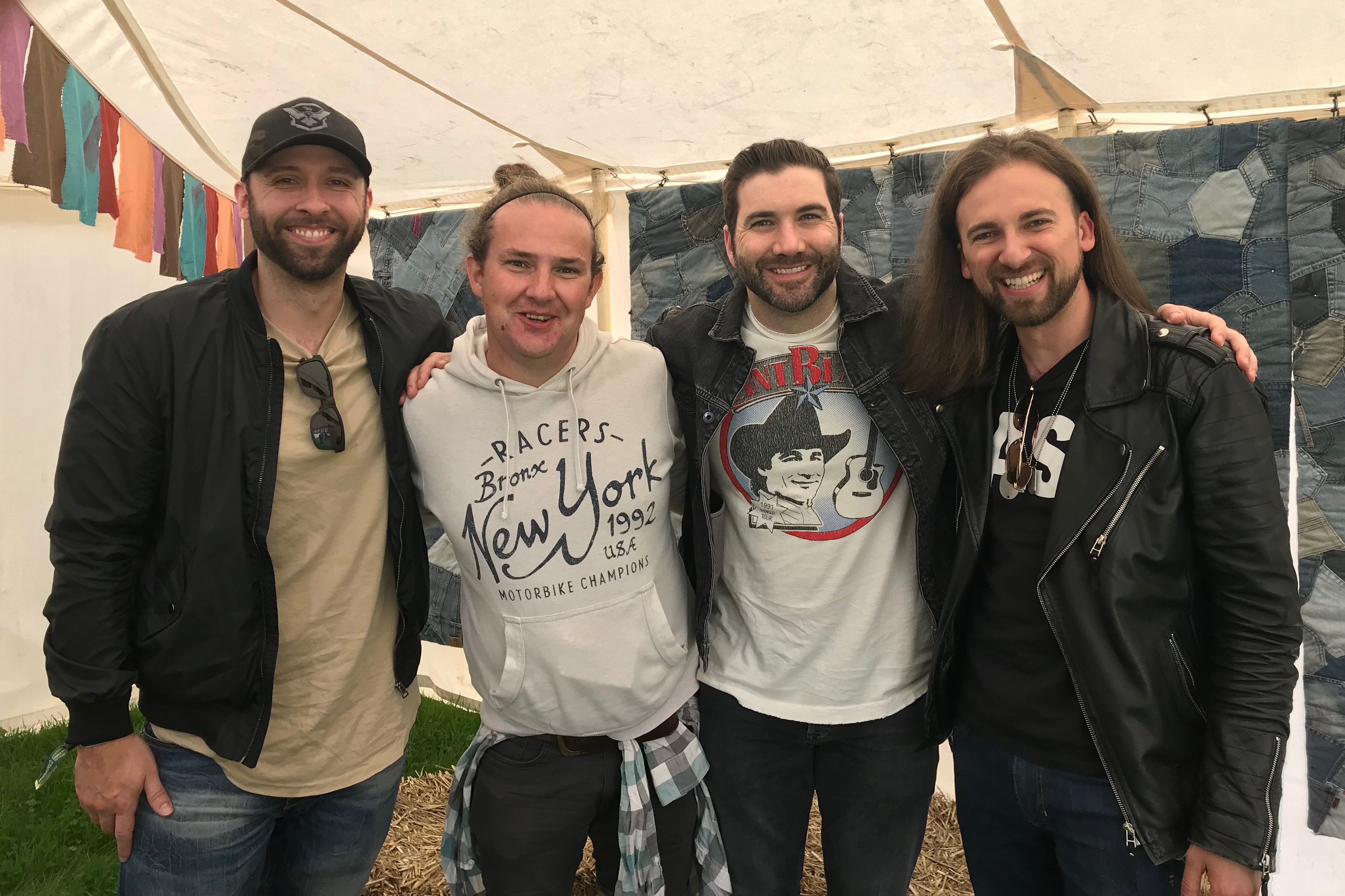 Lockeland on what the UK crowds are really like:

I think the attentiveness even for a new artist coming over and having them sing the songs back to you, there’s some dedication here! Songs we haven’t even released yet and it’s like OK, these people are singing them back to us?

It’s so true, the fans over here are so attentive and it’s amazing! The first time we did that show at Millport we saw that straight away and we’ve been seeing that at every show since! We were like “All these folks are extremely engaged in what’s happening right now!” They’re attentive, they’re watching, they’re appreciating and as artists we can’t ask for anything more!

Lockeland on the amazing Train medley they put in their live shows and how it came about:

We did the Gin Blossoms cover and decided at the time we wanted to work on another and I had just bought tickets to see them or something so was like “Let’s do some songs from Train” and the guys were like – sure! We tried to find which songs worked best together and there’s four songs in there: Drops of Jupiter, Meet Virginia, Hey Soul Sister & Marry Me. We created that, we played around with a video on YouTube and as it’s like a crowd favourite it’s easy to put it in the show when everyone loves it!

We have a lot of music in the works right now! There’s a lot of stuff that’s been recorded, I think we’ll probably have another single out digitally before the end of the year and maybe an EP at the beginning of next year, so we’ll see where it takes us!

Lockeland’s awesome sophomore single ‘Drive’ is available now which you can find out more about HERE (with the video shot in Redneck Riviera on Broadway in Nashville and Leiper’s Fork, TN below) and to keep up to date with what Lockeland are up to, check them out on Instagram  or Facebook and we hope that these guys will become repeat visitors to the UK after glowing reviews from both festivals that they played! (their show at The Troubadour in London was even more incredible and glad to have been able to head on down to a venue that I hadn’t been to for far too long for a great night)

Interview: Actor, model, and now singer – is there anything...