From playing baseball in college and playing drums in a worship band at church to now calling music city home where he is beginning to create an exciting, dynamic flavour of country music that combines a bold tenor voice with a unique talent for expressively constructing melodies, Joe Hanson really is a name that will quickly be on the tip of people’s tongues. Originally hailing from Naperville, Illinois he brings a sound and stories that are true to himself, real and highly relatable lyrically whilst making them infectious in a way that leaves a lasting impression as demonstrated with his single “Part of Me”. The song which is out now (available HERE) has a real contemporary melodic feel that incorporates a variety of exciting elements and sounds to underpin the dilemma of questioning the desire to move on from a past love where the relatability of the lyrics and catchy melody comes to fruition as a great introduction to both his sound and craft as a songwriter. During lockdown (or quarantine as seems to be the general term used Stateside) we spent some time getting to know more about Joe and learning more about this exciting young artist.

Joe Hanson on his musical influences and his introductions to country music:

Originally, I feel like my parents brainwashed me from a young age with old school Randy Travis and John Denver then onto Rascal Flatts and early Keith Urban stuff then on the other side there was always a lot of eighties and nineties rock, so I have that influence too growing up. Then as a teenager you get into pop and modern rock so it’s literally just a big melting pot of musical influences for me.

On his journey from Illinois to now calling Nashville home:

I’ll try and give you the condensed version because otherwise we would be here to next week! I started music after I quit baseball in high school, I come from a big family so I have my brother who was musical, so we ended up starting in our churches worship band. He was the lead singer, my older brother and I was the drummer at the time so that was where I kind of got my start in music. As time went on, I started to sing with my brother, a little bit as a duo writing and playing together. He wanted to pursue songwriting so that’s when I kind of picked up the torch and that’s when I really transitioned from Christian music and started to run with country music. I was probably seventeen at the time, I went to college for a year doing finance believe it or not! I took accounting class and realised pretty quickly that it was not my calling. At that time, my parents and I had planned a trip I guess to Nashville for a vacation. Just to find an open mike or whatever to see what was going on in town, so it was never the plan to pursue music or be an artist in Nashville. It just kind of all happened and I’m so thankful because it’s one of those things that you didn’t realise you loved doing it until you did it! It was 3 years ago since I moved to town but I remember since going down and playing an open mike, it pretty much caught fire for the town and we kept going down until it got way too expensive to keep getting hotel rooms so we ended up making the move and ever since then, God has just opened the right doors at the right time and put the right people in my path so it’s been very blessed for sure!

and what it is about country music that makes it the right fit for him:

What I love about country music is the fact that I’m not from a small town or from the south, so people always ask me how did you get in to country? It’s the stories, production is just the way that you package it and the delivery. I’ll write stuff that more old school country and I’ll write some that are more pop or R&B influence but at the end of the day it’s the actual stories.

This is demonstrated further by ways you can package the songs with a dance remix version of “Part of Me” from producer Austin Shawn which you can listen to the remix here and how he feels that as long as you retain the base of a song being real, you can tell it in exciting ways with how you express thing creatively:

People can definitely be influenced sonically particularly with influence from a big label so luckily, I’ve had that creative freedom. It’s just the best song wins and however that song speaks best whatever the production does to it so that’s how I see it in my book. There are really no rules when it comes to producing a song. My producer was the first person I met when I moved to Nashville, it’s funny how God opens doors and puts people in your path at the right time and everything’s just falling into place then now we are best friends so now production wise we throw stuff at the wall and see what sounds good. 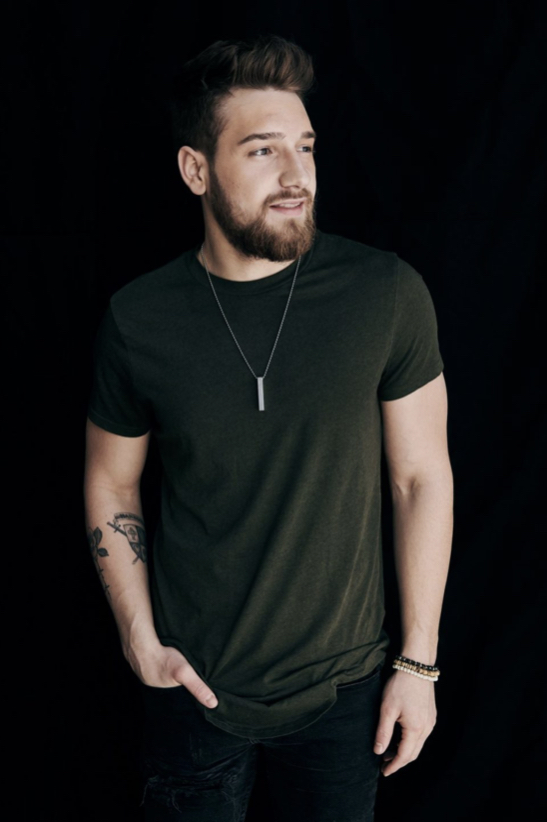 On the current situation that is affecting us all and how he has been dealing with the time during the pandemic:

I know what’s happening is a terrible thing but for me it’s been a huge blessing, just to have everything shut down, complete stillness, being able to really kind of reprioritise things and spending time with family.

and has the time allowed for creativity to flow and work on new music:

I’ve actually been writing more than I ever have to be honest and it’s all obviously been over Zoom. So like I said quarantine has been a huge blessing as far as my faith where I had this eye opening so this whole season has been a whole refocusing and resetting my eyes on where I want to take my message. I’ve had time to sit and think so been able to write a bunch of stuff, which personally I think is the best stuff I’ve ever written as far as what I’m passionate about. The writing has not stopped and even production, I can cut vocals on my phone and shoot them off to my producer.

What it is that defines his style and sound as an artist:

It’s definitely figuring out what I want to say. The thing about Nashville is there is a lot of artists going there to sing country music, but I don’t just want to be another dime a dozen artist, I really want to have something to say as far as a message. I’ve have time to figure out song ideas to bring to writes or what I’ll throw out, just through growing up and faith and relationships so it’s definitely matured a little bit which has been refined message wise and it’s stuff I’m really passionate about.

We are looking towards another single, the way the industry is geared you just need to keep getting out content. New song, new song, new song so we will probably end up putting out a song in July then the next radio single after that when “Part of Me” is on the radio slope. So definitely one or two more singles then shooting for an EP by fall, God-willing so hopefully be working on the music video for the next single soon too!

and finally what is his goal to achieve musically and how it is that he wants to connect with people:

If I can get in a room with a hundred people that are completely different and get them together in one song, just by simply the story that’s what I’m going to do. It’s all relatability, my message is bringing unity through storytelling and saying to people hey look, if you are going through a breakup or a good time or dealing with loss you are not the only one that’s walked in those shoes and that’s how you create unity. That’s kind of my mission statement.