We recently caught up Drew Parker a singer, songwriter, charismatic live performer, all around great guy and one of the fastest rising stars to hit music city in recent years. He traded Covington, around 35 miles east of Atlanta, GA 5 years ago in 2015 and that his star continues to rise as he brings his genuine, authentic style to both his live performances and as a songwriter that has already seen him earn substantial cuts by Luke Combs and Jake Owen which if you add in he has recently renewed his publishing deal with River House Artists shows that Nashville doesn’t always have to be viewed as a 10 year town! During the crazy reality of 2020 as a musician is obviously not as people are familiar with but for Parker, it did present a silver lining and the current year hasn’t been a complete disaster:

It’s trying to figure out how kinda to live life right now and honestly trying to figure out how to feel as much normal as possible. Me and my wife had a baby at the end of March, so it’s kind of been a good time to have a little bit of time off the road and that kind of thing because I’ve been able to spend time with the baby. I don’t remember being that small but you also don’t know how much this age plays into your life, so it’s also ways to try and figure out for her with there are other people in the world and that thing. We went out to eat the other night and she was looking around seeing what is all this? It’s trying to make life normal for her too! Originally, ten days after her due date I was going to be gone for sixteen days straight out on the road and that got canned so I hate we’re not playing but it’s been good. It could have been worse! 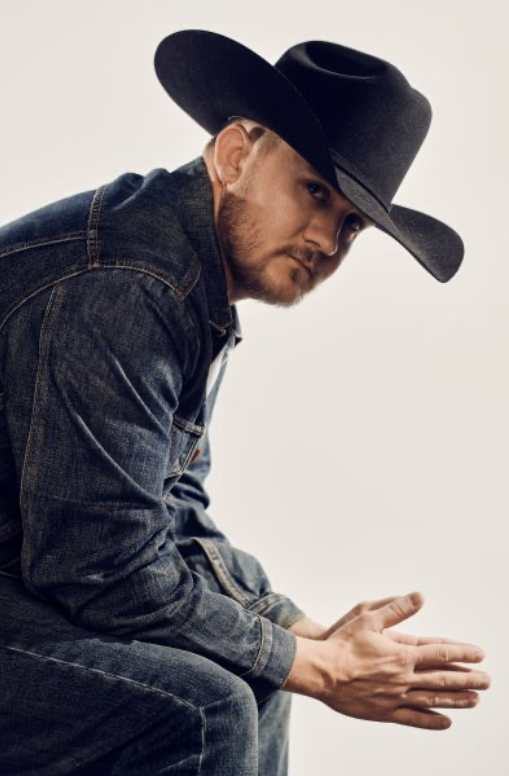 Despite the inability to tour and promote new music in traditional ways, Parker has continued to be creative and like many other artists found now an ideal time to share new music especially when fans have been crying out for it. New single “While You’re Gone” which was co-written with Jameson Rodgers is out now (which you can listen to HERE) has been a firm fan favourite out on the road that begins nice and slow as a ballad then builds up as the track progresses to portray an array of feelings through the song.

People love it out on the road, it’s very sombre and a ballad in the front half of the song but it’s got a lot of energy on the back end. It’s something I enjoy, I have a highly energetic show and it was one that I wanted to put out which fans were really into that was one of my favourites that I have written. I don’t really know what went into the decision as far as why it was this one? When I moved to town almost five years ago, I didn’t know much about songwriting. I moved to town as a singer, all I’d ever done was sung and never really written a song. For me “While You’re Gone” is one that really showcases my voice probably more than the others and that was super important to me, so I thought that would be a good one to put out.

Then following on from this single, what are the plans for new music through the rest of 2020 and how the current global situation has affected things:

So we were going to originally do a summer EP release, go and present that and then go at the end of this year to start working on new music. The plan had to change, you know as well as anyone that it’s hard to put out new music when you’re not on the road. My music is built around my live shows, that’s what I aim to do and put on a good live show but also at the same time I love to write songs. I’m a songwriter, so being able to tell a story in the middle of a pandemic like this, it felt like we needed to do something! We sat down and felt we should put this song out now. Plans definitely changed from what they were going to be but we’re still figuring out ways to do it and give the fans what they want. They’ve known these songs for a while, so it’s not about what I want, it’s trying to figure out how to give the fans what they want and the best way to do that.

A large portion of the year would like most artists have been spent out on tour, which for Parker would have meant being out on the road once again with his good buddy Luke Combs who he has not only toured with but been a co-writer with Luke on tracks that made both his debut and sophomore records, so how did this friendship first blossom?

There’s a guy in Georgia, he’s a promoter named Bradley Jordan. He owns Peachtree Entertainment who’s been known for getting artists on shows very early on and helping grow their career. I mean Cole Swindell and Luke Bryan, it goes all the way back to that! About six or maybe seven years ago, I got connected with him and I was still living back in Georgia, just trying to get going. He would put me on to open shows or whatever. Well one of the very first Luke Combs shows, at The Brewhouse in Rome, Georgia. He put me on to open that show, then me and Luke, we just hit it off! I think it was around eighty people, before Luke was huge. When Vine was a thing, he had a little bit of a following from there, but we just became friends. He was like, man you need to come up to Nashville and we’ll write songs, so I started driving back and forth writing songs with him, just built on that friendship and that relationship. A few years later, he was putting songs that we had written on records and became one of the biggest things in country music!

There’s nothing unoriginal about him in other than when we’re in a room writing songs, there’s nothing super intentional about him. He took me out on the road, right after I moved to town when he was touring the south east doing small clubs. He took me out to open the show, drive the sprinter, help sell merch and all that kind of stuff. Even from that point to touring with him and watching him play 2500 to five thousand to ten thousand, whatever city we were in, when we woke up in the morning and we would go out to get breakfast, dude he would go and walk around a major city in his pyjamas! He is just himself which to me is what has made him what he is and he’s stayed true to that and he’s just been great to me.

“1, 2 Many” is one of the tracks that Combs cut which the two had worked together on and not only ended up featuring Brooks & Dunn collaborating as guest vocalists, but doesn’t just include one of the iconic bands that defined country music through the nineties but really captures and reinvigorates the whole sound of quote unquote “nineties country” which even with the creative boundaries being pushed by some artists to expand the genre box is currently making a much welcomed resurgence. Having being involved with the creative process of the track and also accounting for his own musical style, we talked about what it is drawing people back to this sound and why people are once again being drawn towards creating music this way:

For me it’s just nostalgic! When I hear a nineties country song, I can immediately go to the place where I heard that song or a time in life. Any time I hear a song of the Travis Tritt “Down the Road I Go” record, I immediately go to Myrtle Beach, South Carolina where I’m driving the strip with my parents on the back seat. I’m that way with any nineties country that I hear or early two thousands, I think it’s just nostalgic and the reason I think a lot of that has come back around or at least in my writing as I tend to write towards that sort of stuff is that it was all I listened to growing up. It’s funny because when I was in middle school and high school, all my buddies were rapping the words to popular rap songs and I had no idea what it was. I never went to that direction or found that music, so all I listened to was country, bluegrass, gospel and that kind of stuff. You write what you know and as long as you’re not chasing anything, something that Luke did and I’ve done is to write songs that we would want to listen to riding down the road. For me that is a nineties country song!

Then finally in the current state of the world and inability to tour, how does this affect creativity as a songwriter and does any of the process change for creating new music?

I’ve been writing a lot. Somebody was asking me the other day; how do you stay inspired? Like you’re not able to be out on the road, play shows and do all these crazy things so how do you stay inspired? For me, it’s always back to that nostalgia. What would Drew Parker at twelve years old wanna be listening to on the radio? I just chase that, so it’s creating a story, coming up with a story because whether it’s a story that I directly relate to or something that I envision. There’s somebody in the world that will relate to the story and that’s more intriguing to me trying to find the story. Like you, Jamie in London who I’ve just met for the first time. I could have written a song three weeks ago before I met you that you would directly relate to and that intrigues me a lot. Just trying to write stuff that somebody can relate to!