With over a quarter of a billion streams of his music and being a JUNO Award winner in his native Canada, Donovan Woods and his six studio albums should be a name that people should be familiar with. With a style that fits beautifully between folk, country and roots music portraying tales to connect that we can all relate to. Splitting his time between Toronto (where he has been during the current state of lockdown since February) and a place in Nashville where in addition to his own extensive back catalogue, Woods has had songs cut by the likes of Tim McGraw, Charles Kelley and Billy Currington. We recently caught up with Donovan to hear about new music and the changes that have come about for making music in the year 2020.

It’s really such a strange time to be asking for somebody for there attention. I think that’s the really difficult part, so many people are in unsteady financial situations and also we are going through a movement on one of the biggest human rights issues of our lives so it is a strange time to ask for people’s attention and acknowledging that is a really big part of this record for sure.

The impact of the global pandemic and the Black Lives Matter movement are substantial and significant issues that naturally need to be reflected in new music currently being shared by artists and considered with releases. Woods had shared how he sees releasing music and the struggles we currently face through a post on Instagram prior to our conversation, where he said: “Soon I’ll be releasing new music, and I’ll promote it on my social media platforms, but I’m not interested in getting back to business as usual. This release will feel different, purposefully. So many artists are out of work, or in precarious situations. We’ll be diverting funds that would normally go to advertising and hiring independent creators. We’ll be using promo budgets to support Black-owned and indigenous-owned businesses, and partnering with independent record stores to make ordering vinyl easier and more meaningful. This new record is about the hopelessness of writing relationship songs when it feels like it’s the end of the world. Hopefully it’s just the end of the unjust world we’ve known. Reach out with any ideas you might have and I’ll see you soon.” Which he expanded further to me by adding:

I think just making sure that the context of the time is included in the art is a part of it. My songs are about relationships, it’s not protest music. At a time like this it’s hard to listen to anything but something that’s culturally relevant and speaking to the state of the world. So I think in the process of releasing this music, acknowledging that we’re in the middle of extraordinary times is important. It makes the release stronger and an easier ask to say do you want to pay attention to this for a moment when everyone’s so scattered.

The new record he talked about is set to be a full length album coming in November, whilst the first taste comes with new single “Clean Slate” which is available now and you can listen HERE. The track was co-written by Woods along with Jeremy Spillman and Tucker Beathard then produced by Todd Clark which delivers a slick blend of contemporary indie-rock feels to be intertwined with his honest folk and country style to tell the tale of hope and optimism in a new relationship. We talked about the changes to recording and sharing music in the current climate in relation to social distancing and the inability to play shows live as a means to promote new music.

It feels like every musician that I know, has a bit of a home set up, at least a bit of a minimal thing where they can do that, so it isn’t really that big of a shift. We had one day in the studio before the stay at home order came down in Canada and the very next day, we started emailing our parts we were recording in our own studio. It really didn’t feel like that crazy of a transition, it just felt like it is in 2020! Video calling is so accessible and easy, there’s so many ways to do it these days. 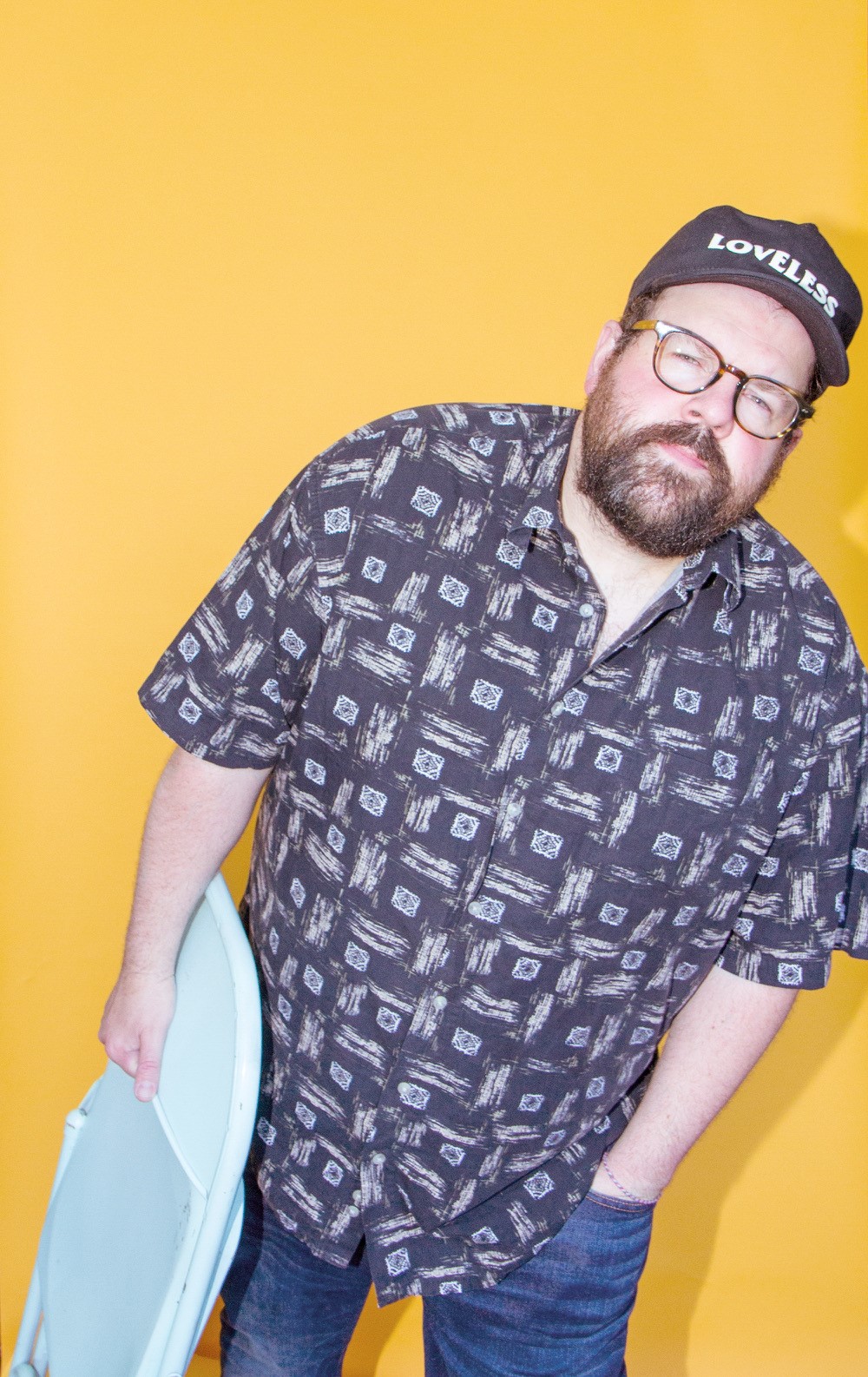 I’ve done some livestream stuff and I think the music industry these days is about staying present and those gaps that artists used to take and disappear between albums for a year, you just can’t do it anymore. You always have to be present and existing in the marketplace, I think it’s a combination of that, it’s a combination of streaming and that feeling of nobody can tour so it’s a good time to get music out into the atmosphere. Even when people do go back out there, there’s not going to be as much money as promoters are all going to be hurting and there’s not gonna be as many people willing to put down their 25 bucks to come to a show so I think it’s gonna be a struggle building it back up. I do think it’s a great time to be building a fanbase in other ways. I think these aspects of the industry right now that will definitely stick around. I think livestreams are a thing that aren’t going anywhere, I think people are much more comfortable with Instagram Live stuff right now and that stuff is really going to stick around for a method of connecting that’s for sure.

Whilst current tour plans are obviously on hold, Donovan is no stranger to this side of the pond with has last visit being in 2018 when he played at The Borderline in London, which is sadly a venue that is no longer open but he certainly has fond memories of his trips to the UK and something we hope will happen once more, when the current global climate changes.

The first time I went over I did The Great Escape festival in Brighton, that would have been years and years ago. I remember the 2 or 3 gigs that I played at these unorthodox venues and it was people sitting on the ground cross legged and were almost too quiet, too much attention to the point it almost freaked me out. Coming from the US where at times people may talk through my entire set so there is something about UK audiences that I dunno what it is? You just like folk music or lyric driven music and it’s a joy to be around. Also I just think you guys are better at being in crowds than Americans are! The same as in Canada, when someone yells something out in the crowd it doesn’t work, it’s for attention where the times I’ve had people yell something out or be a bit vocal when they’re a bit drunk in the UK it’s been quite funny or contributed to the show in a pretty productive way so all those things people say about attention and listening and taking in the lyrics, I think there is truth to it all.

The new single “Clean Slate” from Donovan Woods is out now (Listen HERE) and you can keep up to date with him on:

Mark Bray – I Learned That From You