We are absolutely delighted to bring you an exclusive first peek today of the brand new track “Don’t Give Up On Me” from Rob Mayes ahead of it’s official release tomorrow (July 17th) which you can check out below:

The melodic and heartfelt track was co-written by legendary songwriter Earl Bud Lee (Garth Brooks’ “Friends In Low Places”), who also wrote Rob’s recent release “Didn’t Do This On My Own”. “Don’t Give Up On Me” is produced by Scott Harter, mixed by Mark Lonsway and mastered by Grammy-nominated Andrew Mendelson.

Released as the world continues to battle the COVID-19 pandemic, Rob comments:

“Don’t Give Up On Me” is a beseeching, a prayer and a plea, that in difficult and trying times (which 2020 has certainly proven to be), offers us a reminder to keep the faith, and that we might ask for God’s grace and salvation now more than ever. During an early trip to Nashville a handful of years back, I had heard J Michael Harter sing this song and knew that I had to cut it.  It’s one of the most powerful songs I’ve ever heard – I sure can’t take credit for writing this gem, but I can lend my voice to it, because it speaks to me, and reminds me to have faith, because that’s really the only way. 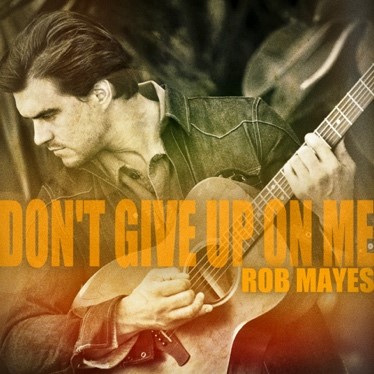 Over the past 18 months, Rob has established himself as one of the most exciting new talents in the Country music genre. The release of his debut single “Closer” and his EP of the same name, started a steady release of tracks showcasing Rob’s versatility and the many sides to his remarkable talent.

“Didn’t Do This On My Own”, which premiered on Chris Country radio, has been a breakout hit for Rob accumulating more than 244,000 streams on Spotify alone. Follow-up “Damage I Done” is quickly picking up steam and Rob is currently pulling in more than 110,500 monthly listeners.

To learn more about Rob, make sure you check out our chat we had with him back in May HERE and you can keep up to date with him on his:

TC in Conversation with Joe Hanson

LEAH TURNER RELEASES A CINEMATIC MUSIC VIDEO FOR HER LATIN-INFUSE...