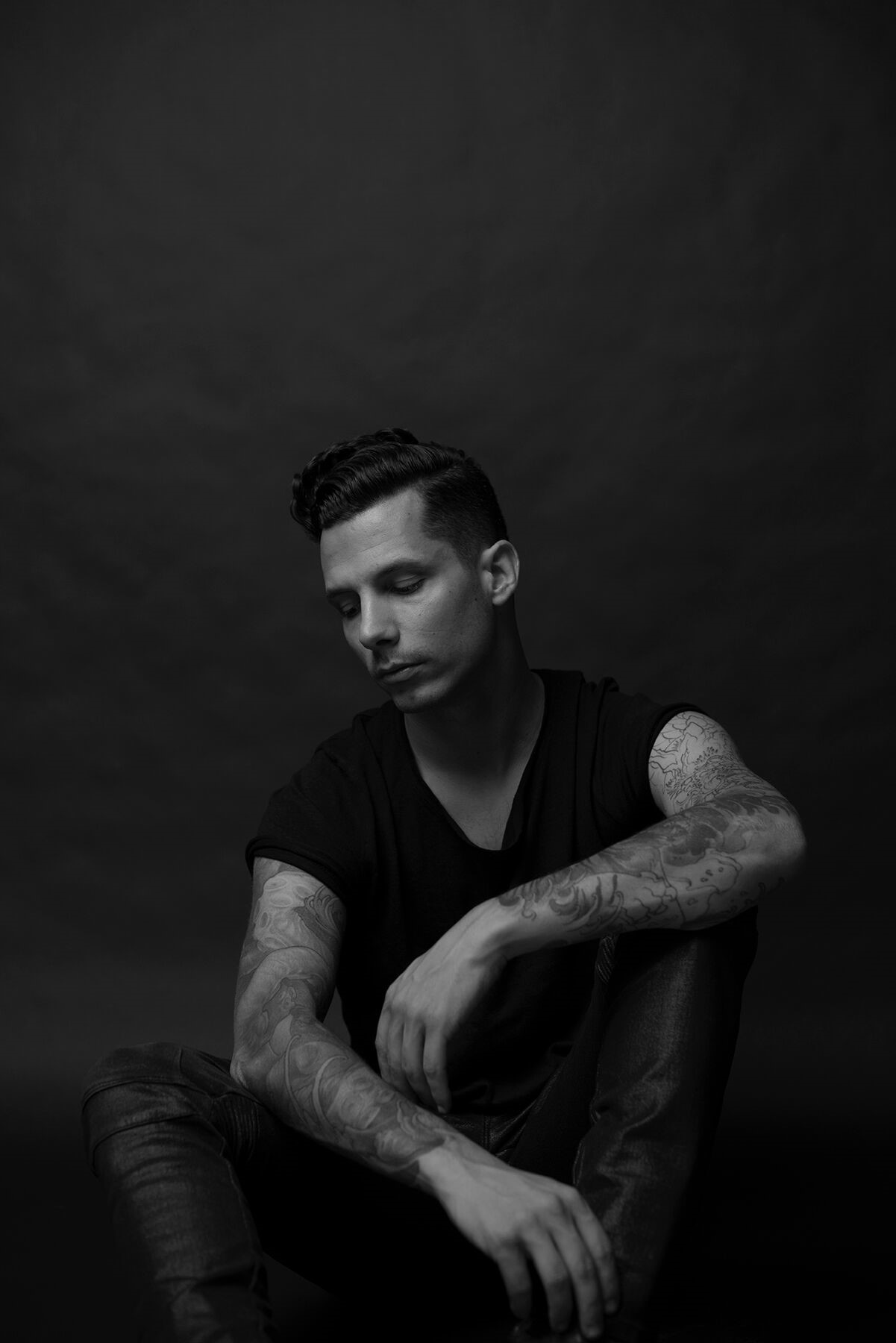 As more and more artists from Nashville begin to make the trip across the Atlantic, some more regularly than others the key question from a business perspective is WHY?  The market is nowhere near the same scale as it is in the States and there is the obvious costs involved with making the trip so what is it that keeps bringing people back?  “You wanna go travel to a place where you are going to be welcomed with open arms and the reception is your reason to go!” was the sentiment portrayed by Devin Dawson when we caught up with him during his tour with Dan + Shay back in January.  There is always this intrigue, almost an aura about the idea of bringing country music to London which as the popularity grows draws more artists and labels in.  “London has a really interesting breath of what they like or accept and you’ve really started to turn the heat up in the last 5 years.  There are so many different influences now and it’s so broad and I think that’s what the UK appreciates about it.”

The mystique of our country and how we are so similar yet so different along with testing the water as such is one appeal for the initial visits.  Curry is appearing to be the biggest winner for Americans visiting the UK “Indian food here is incredible!  Like everywhere it is incredible, there is good Indian food in the States but not like here!  I love Indian food and the spicy food” and the architecture and history of buildings how we don’t knock things down to rebuild them is another trait I am hearing over and over again.  This is particularly good to hear as we don’t appreciate enough and stop to think how “every city has its own charm” according to Devin.

The other story we hear time and time again is the attentiveness of the crowds how fans here do listen and why the “more emotional songs do better over here”.  Without the country radio access every song from an artist is as likely to have been heard as the next.  This does allow the scope for varying a set or doing songs a bit differently.  “I try to make every show different” Devin described how you can quite easily strip back or just “start with a bang and rock out” over here and by having different types of songs allows people to “feel the rollercoaster of your set!”

One of the key indicators of how Dawson is trying to respond to the fans and the culture here in the UK was demonstrated during the Manchester date of the recent run with Dan & Shay.  Over this side of the pond there is one thing and one thing alone that dominates our society which is what our American cousins refer to as “soccer” however football to Brits is the start and end of what matters in our country.  “Last time I was in London, I got this really old school Manchester United jersey” which he wore during the show, more as he termed out of respect for playing in the city.  We talked about how he came to be a United fan and his admiration for the beautiful game with reference to the historic significance of the club and how this tour allowed him more access to watch games which he took advantage of along with Andrew Cook (Dan & Shay’s drummer).  Dawson was fully aware of the significance of United in Manchester along with their rivalry with City (who are the reigning league champions) which allowed him to engage in some friendly banter with the local crowd and he felt “it brought us closer dude, the crowd saw I was into what you guys are in to and almost admired that I had the balls to choose a side!”  This sort of positive and passionate interaction is something that you see with Devin as a performer and even more so from talking to him which really emphasises how he connects with people.

This again was conveyed when we had also touched on America’s game and had some friendly banter of our own, luckily this was how we ended our chat as hearing “I grew up hating the Cowboys, because it’s in my blood” much earlier could have sent the whole conversation a different way but then I don’t have to wake up every day with the misfortune of being a 49ers fan.  Talking sports can give you an insight of how driven people are musically as it brings out passion, dedication and a whole other range of emotions.  “I wanna win everywhere! I’m really competitive so I want my music to be heard across the world” which is not just a soundbite but the attitude of someone really committed to getting their music out to whoever wants to listen to it and drag as many other people in along the way as possible.  In the age of social media and the access that people have around the world to what is going on in Nashville with people commenting and connecting with him to reach out to say come and play over here there is “more incentive to take the time out and make the effort to try and really come over here a lot.”

Another new horizon presents itself next month in March when he heads out on his first trip to Oceania playing CMC Rocks in Queensland along with shows with the CMA Foundation in a songwriters format in Australia, New Zealand and Japan.  Devin described the thought of how crazy getting to explore new places and new markets was with how he can “share music for a living and people want us to come over there to hear what we have to say.  That’s something I’ll never take for granted.”  The music performing and meeting fans aspect is obviously the main incentive for a trip like this but he emphasised the importance of experiences to be able to shape this music.  “Sometimes I forget and a lot of people forget that to write songs you need to live!” where obviously a new culture and fantastic place to visit was something he was particularly looking forward to.

The songwriters round aspect is something that Devin like most artists really enjoys as it is sort of the bread and butter of how everyone starts out just sharing their songs and ideas often for the first time.  The CMA Foundation shows in the songwriters round will also feature other fantastic artists that have already captivated and mesmerised crowds in the UK so it is incredible for these guys to get to experience a new frontier and allow fans in a different market to experience them first hand.  Devin brought up how he would be outnumbered on the tour which he thought was pretty cool considering how female artists don’t always get the easiest ride in the States but was excited to be involved in something where the artists are all fans of each other.  He will be joined on these shows by Lindsay Ell, Tenille Townes (Australian dates only) and Brandy Clark who he lauded so much praise on his fellow artists as he had worked with all three of them in the past.

“She’s incredible!  I love what she does.  It’s so cool to watch her rise” was how he talked about Tenille as she had previously opened up for some shows for him on tour.  There had been a number of radio shows, acoustic shows and some jam sessions where he had got to be around Lindsay which he talked about how incredible a guitarist she is.  Then finally despite having written and hung out with Brandy he didn’t think they had ever played a show together but “her song writing, it’s just insane!  Just take Hold My Hand, it’s ridiculous and so is her whole craft!”  These dates are listed below.

We talked about new music and how he is constantly writing since his debut release “Dark Horse” in January last year.  “There’s a lot of songs on the table, some songs will fall off when new songs come along.  I don’t just write 12 songs and say that’s a record, I will write as much as I can until someone tells me to stop then work with what is the best offering.”  We discussed live shows and particularly the UK market as an opportunity to test out new songs and how he is always thinking about what is next along with how he was playing songs live that didn’t even make Dark Horse because he didn’t feel they felt authentic.

At the start of this year following on from fan reactions Dawson made a series of Youtube Live videos where he went back to where the songs were written and recorded stripped back versions with the people he co-wrote the songs with as it allowed him to “tell the story a little more in depth but going a step further and shedding light on the songwriters.”  As a result of this Dark Horse (Songs in the key of F) was born and the audio from these videos was taken and brought about an acoustic version of the album available through streaming platforms.

Authenticity was a message he was really tries to get across and how important it is as the genre expands.  “The genre is so broad, we can all tell our own perspective of what things mean to us and how we grew up but the most important thing is making it authentic.  Fans are welcoming with open arms to different sounds, different productions along with different types of songs and words.”  In terms of the breadth of the genre Devin is from California and his musical background included playing in a heavy metal band for a long time.  On country music “It isn’t a place!  We are lucky to have a home town but it’s more of a culture, an understanding or a way of life.  It’s kind of an idea, a theory in a way.  It drew on starting from hard times and the way of life from living in the country but we all kind of experience things in our own way.”

“Shine a Light On” WORTHY DUNCAN