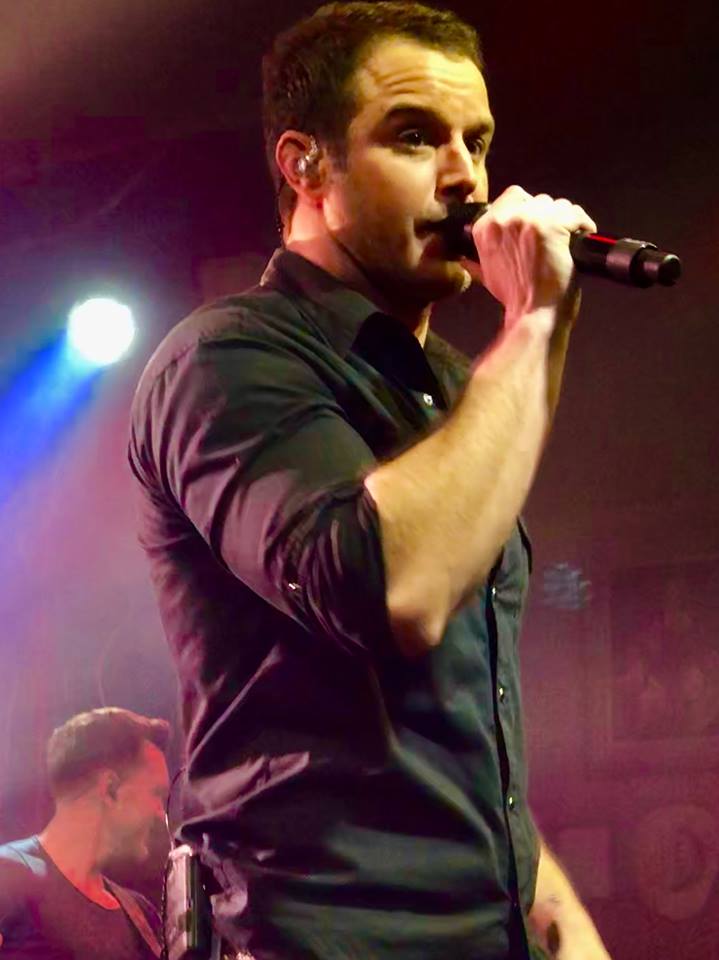 Think Country had the great pleasure of covering a free show put on by one of country music’s favorite sons, Easton Corbin, last night, and what a show it was!  It was held at The Stage on Broadway and it was packed!  Not just because it was free, but because it was Easton Corbin.  My Facebook Live feeds and the number of people tuning in and commenting gave me enough to gauge exactly how popular this artist is.  While the ladies love his looks, it’s his music that seems to be equally popular between men and women.  Mr. Corbin, you have got it goin’ on!

It was a really enjoyable show, with a mix of both new songs and the hits.  The new ones were catchy and didn’t seem to slow anything down.  While the old favorites, of course, initiated the usual singalongs you would expect.  It was a full 60-minute set that created a full 60-minute party.  I know I look forward to hopefully catching a complete Easton Corbin show down the road after this small sampling of what’s to come.

Upon seeing Corbin’s band members as we entered The Stage, we remembered that one of Nashville’s most respected and talented guitarists was among that band.  That guitarist is Stephan Laplante.  It’s always been fascinating watching him play throughout the years, and even in the small area Corbin’s band was given to play on last night, when my eye couldn’t see Corbin himself (there were quite a few big heads in that crowd), my eye was drawn to watch Laplante.  He’s just that charismatic of a player, but not in a flashy way that overrides the artist he’s playing for.  He has always known exactly how to be a courteous side band member.  That’s something that can’t be stressed enough. 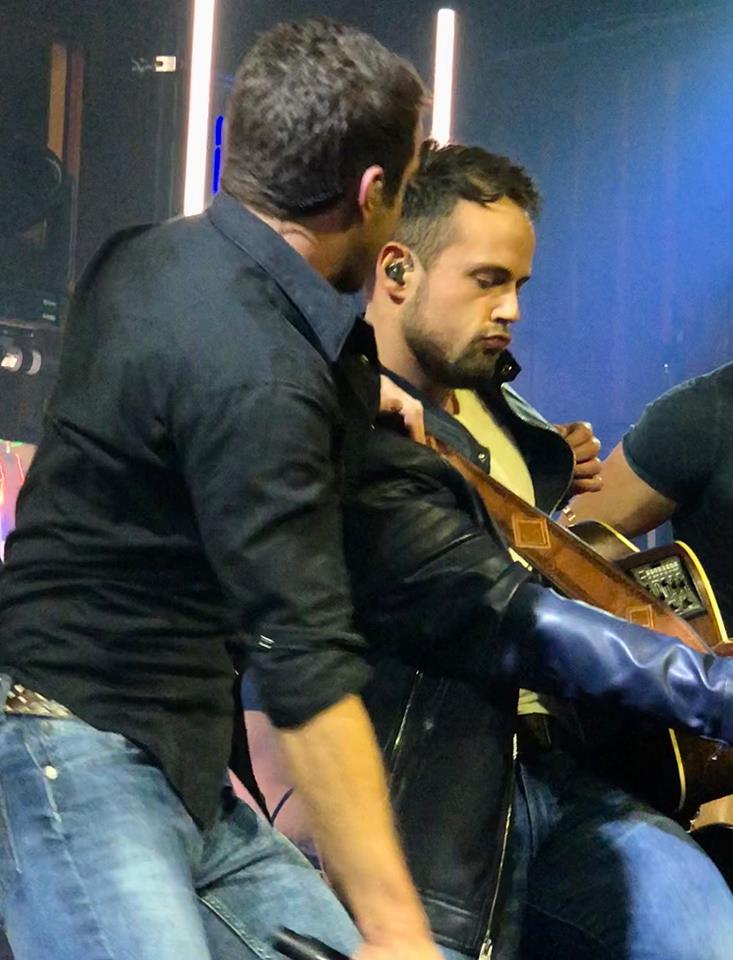 I caught up with Laplante after the show to ask him if he’d be willing to ask a few questions for Think Country in the next day or so and he agreed.

Laplante was born and raised in Quebec City (French-speaking), Canada.  He is fluent in both French and English.

He said he has always known he wanted to be a guitar player, since he was very, very young, but didn’t officially start taking lessons until he was nine-years old.  When he was 15-years old, he went and bought all the Berklee College of Music lessons to study.  He then went on to college and did two majors in classical music and jazz music.  He said he literally, “played guitar six hours a day for ten years until I started touring at 19 or 20-years old.”

Laplante moved to Nashville when he was 21, after touring up in Canada on the last Brooks & Dunn tour.  He got a gig with Clay Walker two months later.

He calls his vintage Gibson Goldtop his favorite guitar.  He explains that’s because “it has so much character and personality to it.  It’s all beat up from playing so many shows, and it sounds amazing and magical.”

He really enjoys his current gig with Easton Corbin.  When asked to describe why, he relates, “Easton is so country in his voice and style, that it’s a privilege to share the stage with such an authentic country singer.”

In addition, he gets along with his bandmates well.  They are Seth Marcum (bass guitar), Gregg Lohman (drums), Loren Ellis (guitar), Jamie Lennon (steel guitar) and Stephanie Gertken (fiddle).

I wondered whether he ever second-guesses his move to Nashville or whether he really likes it.  So many feel one way or the other.  Either they love it or they wish they had chosen another path.  Laplante is clearly very sure of his decision.  This is home for him.  “Nashville is such an incredible town.  There’s just a vibe that pushes you to create and become the best version of yourself as a performer and musician in general.  There is so much going on daily, and the energy to be proactive and creative is so strong.  Also, you learn from others, and it pushes you to grow.”

Based on everything I have ever seen when watching Laplante on stage, these years of living and working in Nashville and traveling with various artists on the road must have done something right for him.  Especially in longer shows, when given a chance to move around and shine a bit, whether looking at him from a technical sense or simply from an entertainment point of view, he’s one of the best guitarists around, and such an asset to the Nashville music community.  His colleagues may be pushing him to become better, but I’m pretty sure he’s also helping others to improve as well.

It should also be noted that in a town where sometimes people forget to check their egos at the door, Laplante remains one of the good guys.  Always polite, always humble.  This makes him a good “bus hang”.  If you can’t get along with the other band members on your bus, chances are, it won’t matter how brilliant you are at your craft.  There needs to be some semblance of harmony among the group.  I’m guessing Laplante falls in among the easy-to-deal-with people.

Finally, I asked Laplante the question we like to ask everyone.  When he “Thinks Country”, what does he think?  “I think that when I think country, or to be country, is not only the style of music you listen to, or steel guitar on a track, it’s to freely be who you are.”

If you’d like to catch Stephan Laplante out on the road and see what he can do, your best bet is to buy yourself a ticket to an upcoming Easton Corbin show!  I can assure you, that’s a ticket well worth spending a little money on.  Certainly, look up Corbin’s tour dates and see what’s heading your way.

Think Country is proud to be a CMA Member.

CASSADEE POPE DEBUTS NEW SINGLE: “IF MY HEART HAD A HEART” FR...