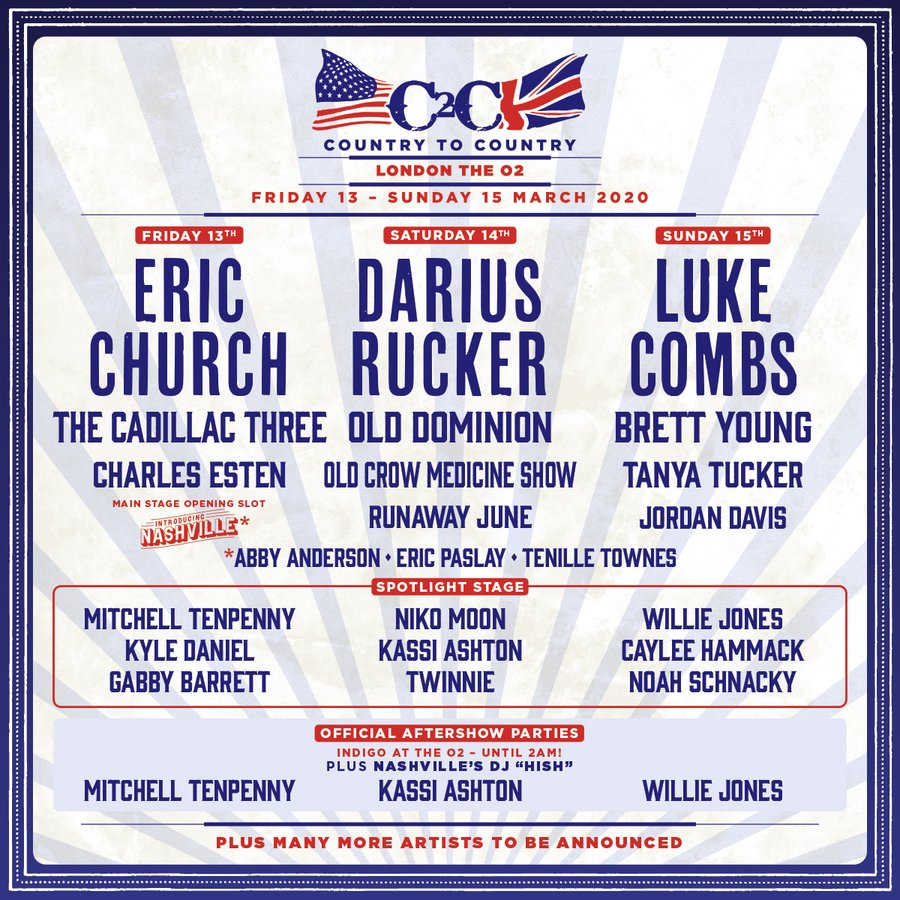 Situated in the main arena, The Spotlight Stage hosts performances in between main artist sets. Many of the biggest new acts winning fans on American country radio and supporting major tours play the Spotlight Stage, giving fans the chance to see stripped back performances from some incredible up and coming talent.

Also returning are the official C2C Official Aftershow Parties. Taking place post mainstage celebrations, the Official Aftershows will feature headline sets from Mitchell Tenpenny, Kassi Ashton, and Willie Jones in London at Indigo at The O2 along with Nashville’s DJ Hish and in Glasgow Seaforth, Kassi Ashton, and Willie Jones. Tickets will be released 10am Friday 6th December. 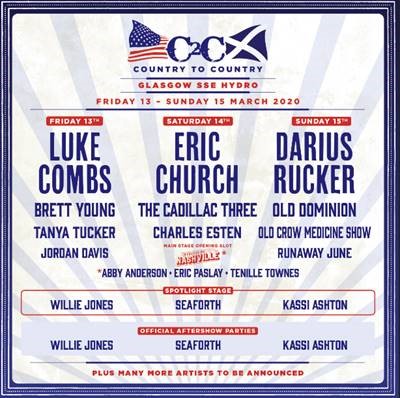 Country to Country; Europe’s biggest country music festival has become a staple in the UK festival calendar and has brought country music to the UK and Ireland masses, with tens of thousands of fans attending each year. The festival continuously hosts the best in country music and entertainment; bringing over the world’s best country stars as well as emerging talent from Nashville, UK and Europe. C2C London ticket holders will have access to daytime live performances and other live events. Watch out for news to come over the next few months for programming of the Festival Stages, BBC Radio 2 Stage, CMA Screenings, The Bluebird Café and C2C Sessions.

Tickets are available from: