On a warm summers evening at Bush Hall in Shepherds Bush the audience began filling up, circling what would soon become an incredible night in the round with some of the top songwriters in the industry.

Jeff Cohen, Kerri Watt, Nikhil D’Souza and Ben Earle were the stars of the show. Due to illness Chrissie Rhodes, Ben’s partner in crime was unfortunately not able to make it but that was rectified through out the show with a couple of special guests!

At the end of this review you will find the setlist for the night. I am going to take the time to talk a little about each performer and their performance on the night.

Each round began with Jeff Cohen, a prolific songwriter who has has songs cut by artists such as The Band Perry, Sugarland, Macy Gary and Heather Rigdon. As well as getting TV placements from Stuart Little 2 all the way to One Tree Hill and Reba. 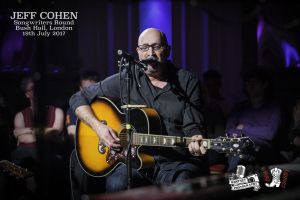 He holds his hand up that he is a songwriter over a singer but he stood his own throughout the night. What he felt he may be lacking was made up with the passion and emotion he put into each of his performances, his storytelling really helped get the whole audience set into the little bubble of each track. It was clear to see that Cohen is a seasoned pro at this and I for one will be keeping a track of this songwriter waiting to hear his next hit!

Next up was Irish born singer-songwriter Kerri Watt. This was a name that I was new too thought before the show I had heard many great things so I couldn’t wait to hear her performance. In 2015 she had her song “Long Way Home” playlisted by BBC Radio 2 and even performed the track live with Aled Jones live on tv. In March 2016 her followup single “The Wild” was again playlist by Radio 2 and she enjoyed success touring with the likes of Ward Thomas, Nina Nesbitt and Mike & the Mechanics. Just recently Kerri released her latest single “Old Skool Love”. 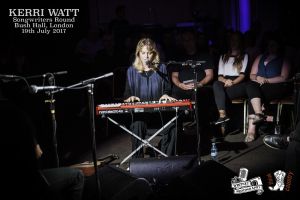 Kerri’s passionate vocals and catchy melodies were a welcome addition to the round and even though I was sat with her back facing me I still found myself being captivated by what I was hearing, even without being able to really see the performance I still found myself drawn to it. She is certainly someone I will be listening out for from now on!

Hailing from India, Nikhil D’Souza was up next. Again this was a name I did not recognise and so I was ready for a new experience! From the second Nikhil began singing I fell in love with his voice. There was something so soothing, calming, chilling about his vocals and I was blown away, how had I not heard him before! His background lies in singing for Bollywood movies and in one song he even went back to his roots and brought in the vocal element you associate with that Bollywood sound. 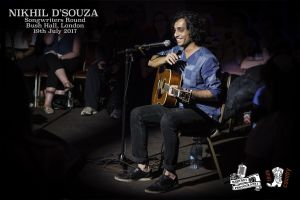 D’Souza has been featured in Rolling Stone magazine several times for his songwriting and it is my understanding that he recently signed a record deal so we will surely be hearing more from this talented artist! I highly recommend you check out his music, he made a new fan out of me and I am sure many others that night.

Finally, the last artist of the night was half of The Shires, Ben Earle. In recent times I have only had the pleasure of seeing Ben with a full and and with Chrissie Rhodes by his side so I was looking forward to hearing a real stripped back performance from this Gold-Certified artist. Myself and the rest of the audience were not left disappointed. Spending most of his time on stage nowadays, that professionalism shone through in his performance, he knew just how to work the crowd in order to have everyone hanging on every word, caught up in the songs. 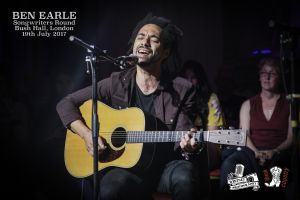 It would have been expected for him to have sung track after track from the two hit albums he has released with the Shires but he did his best to mix it up, also factoring in a few new songs. Ben has a real talent for making his performance look simple as as such it helps to relax the audience and make it a much more intimate performance.

During the course of the night there were two special performances from both Laura Oakes, who came up to sing a song she has recently co-written with Earle. Also in the room that night was a writer called Jamie Hartmann who was called up by Jeff Cohen. He began with a little song he co wrote with the Rag and Bone Man; Human. After a fantastic performance Jeff urged him to play one more and so he kinda agreed and moved from guitar to keys to perform a hit he had cut by Mr Will Young; All Time Love. 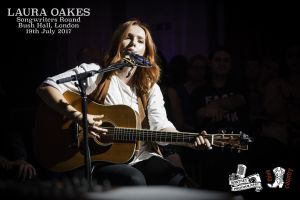 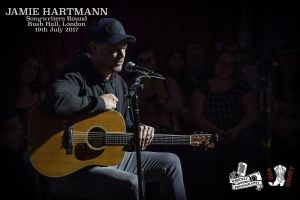 Jeff Cohen – Crazy For This Girl

Ben Earle – Up All Night

Ben Earle – Light Me Up

Jeff Cohen – In Her Eyes

Ben Earle – Married To Me