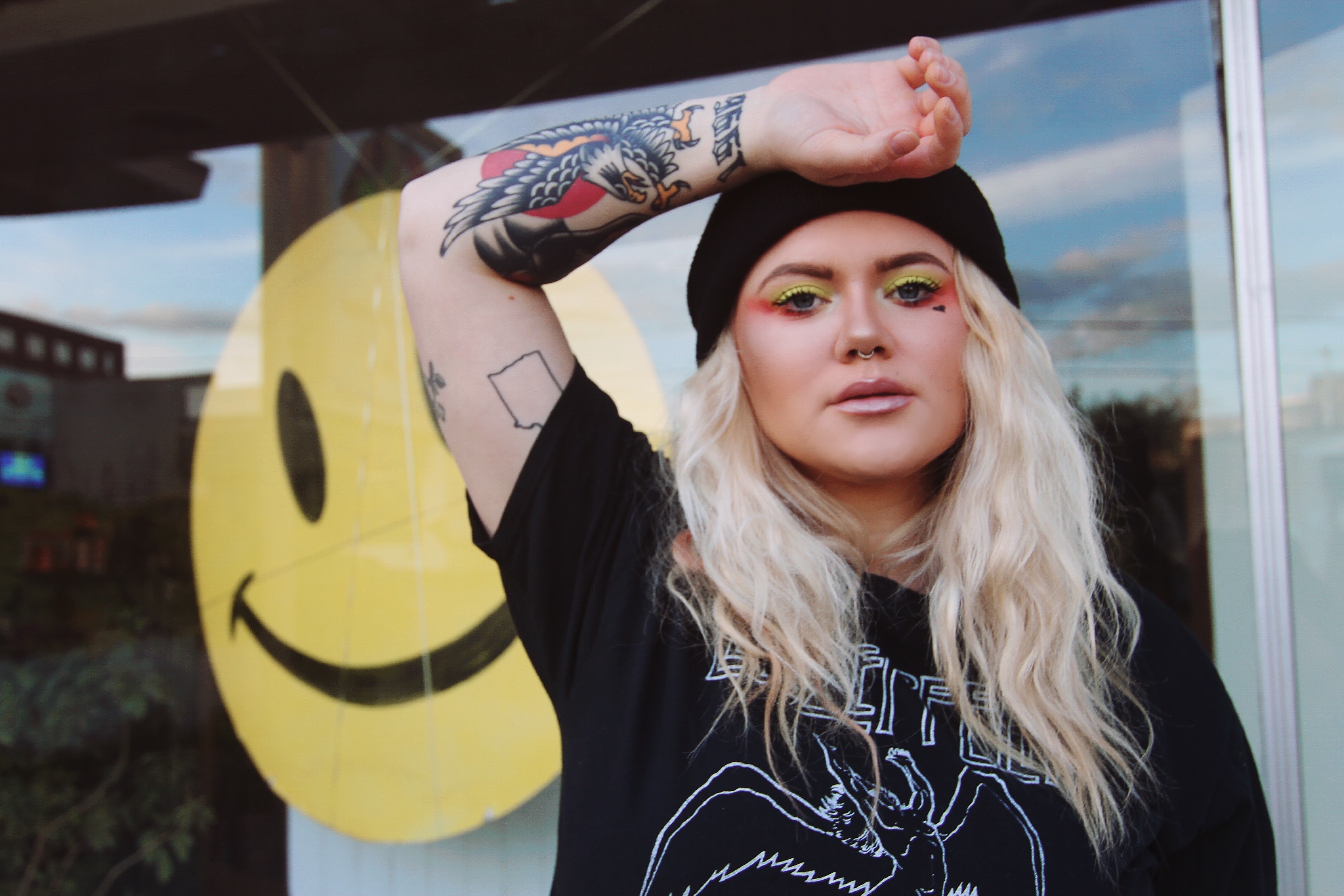 “Voids was written about a year ago about a guy I used to love. He manipulated me in the worst ways and tore me away from friends, family, colleagues, and even myself. He convinced me that I didn’t actually love him, but that I was just using him to “fill voids” in my life. This was a statement frequently used throughout our brief fling,” explains Sierraxsongs. “One day I decided to take control over my emotions, and I flipped the script on him in this song. It was kind of written ironically, to say, “Yeah, you’re right. I DON’T actually love you. I would be really messed up if I did because you suck.” So I brought this idea into the session, with the line, “I’m just filling voids.” I knew I wanted that to be the hook. Messy had written a track with Brett (Beats) Bailey that I loved. I heard it and really wanted to write to it, so I just went with it, and it flowed pretty naturally. I wrote about all of the things this guy didn’t like about me, to let him know that, yeah, I’m a little messed up. But I don’t care. This song helped me feel like I was finally in control. He didn’t have any “secrets” over me anymore, because I just put it all out there for the world to hear.”

To celebrate the release of debut single Voids an official lyric video premiered via Stage Right Secrets. “She now hopes to expand her fanbase into other genres and show off her musical ability that truly transcends genres,” writes Lex. “This Nashville-based artist wrote the song about a previous relationship. The tune is sure to get stuck in your head for days to come!”

With the release of Sierra Annie‘s new project, Sierraxsongs she wishes to showcase her catalog of non-country work to a new audience to expand her fan base into other genres.

In 2017, Sierra Annie’s debut single, “Famous” began receiving airplay on local radio, before rapidly gaining national attention on major streaming platforms. Showcasing her now-signature country pop-punk sound,  “Famous” and its success was all the impetus she needed to move to Nashville. Since then she has been taking the town by storm; sharing stages with Kane Brown, Brett Eldredge, RaeLynn, Russel Dickerson, and Midland, to name but a few. Her follow up singles, “Roses” and  “Bad Habit” have sent her fans in to a frenzy, only to be satiated by the release of her latest single “Mama”. A piece that prompted Popdust to call her a “a Nashville contender.”