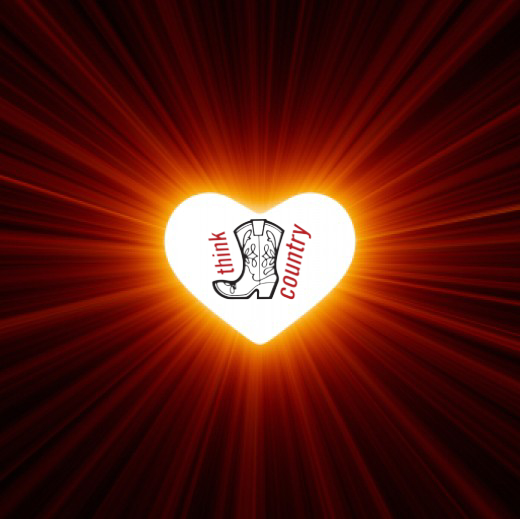 Have you ever gone out and listened to a great musician or band, and then said to yourself, “This act is going places!” We have many times, and that is why Think Country Music has added a new review section, aptly named,“SHINE A LIGHT ON….”. We want you to listen to our great finds, locally and globally, and enjoy them as much as we do.

So, here it goes….. my first find is a Country Musician out of the Miami area,(not too many country acts from that multicultural city), and his name, JAY VALOR!! I have seen him perform several times, and he always produces and delivers an amazing show, with red-hot high energy. Jay and his band have been together for 10 years, and they certainly can engage the crowd! Jay always delivers a night of music that everyone can relate to, pulling from different genres such as Reggae, Fusion, Swing, and Rock n Roll, while incorporating it into their own version of Country!

We sat down for our interview at the awe inspiring, newly remodeled and improved, Seminole Hard Rock Casino in Hollywood, Florida. What a perfect fit for a talk about music while being surrounded by all the amazing Rockabilia from the greats, from every genre of Music. We talked and talked, and had an amazing conversation. Jay is the Ultimate performer, and we chatted for what seemed liked minutes, but it was way longer. Jay has the most incredible story to tell.

So here it goes in part:

T.C.- Introduce yourself, tell us who you are—

JV- “I am a Country Artist from South Florida, playing with the same guys for 10 years, and they all bring their own sounds to the table. It is not very mainstream. It definitely has Rock and Americana influences. My biggest influence is the Beatles.”

“I had never really listened to a Beatles song until I was 15 years old, and that first song was “Yesterday”. To me at the moment it was the first perfect song I ever heard in my life. Just listening to that song one time is what made me want to be a songwriter. I just felt if I could write a song half this good I could feel accomplished.”

Jay started in musical theatre in school at the age of 13, and we talked about that. I was intrigued by how he started his love of music and songwriting:

T.C.- What was your first play?

T.C. You found your voice by doing that.

J.V.. I started playing guitar when I was 14, (with lessons at the High School Level), after that I was self taught.

Jay plays by ear, and it was amazing to hear his journey,  while on the way and the accomplishments he has achieved, to where he is today. Jay is always aspiring to do more…

Oh and by the way, he auditioned for the role of Snoopy in that school play, but the teachers were so amazed by his natural raw talent, that he got the lead role of Charlie Brown. “I fell in love with acting first and then music. It was a paradigm shift in my life.”

T.C. How Did you get into Country Music?

J.V.  “I started down the Alternative Rock stuff, because being in Miami, no one was listening to Country. In 2010 I moved to Charlotte, and wanted to do country with the bluegrass influence. I realized I could go somewhere else and play country. But when the Chili Cook off got big with the younger crowd, (In South Florida, it is now the highlight of Country Music Festivals) everyone wanted to hear country music. Timing is everything. I was booked at a burger place in downtown Miami, and was going to play Country Music but had a backup setlist of rock just in case the Country didn’t go over well.” The crowd at that burger joint loved Jay and the Country Vibe that he brought to each set…. Miami was won over, Jay made it happen!!

So, the gig went very well, and Jay went onto state that he was starting to book gigs all over Miami while highlighting the Country Genre.

T.C.- How would you describe your sound?

J.V- Jay stated, that they don’t  usually use setlists, which is so unusual, but it really works for him and his band. He can read the crowd and see and feel what they are really responding to and goes with it. Even if he needs to throw in a little Sinatra or top 40 songs to Korn!

T.C.- What is your favorite Country Music Song?

J.V.- “Gotta Get to you” by George Strait. For some reason, that’s my favorite love song.

T.C- What is your favorite Country song to play?

T.C.- Yes, and that is a crowd favorite.

J.V.-  “And a fan favorite. Chris Stapleton is a huge influence of mine. Songwriter influence is Sturgill Simpson, and Jason Isbell”.

T.C.- Who would be your dream collaboration?

T.C.- Well he is coming to the WPB area, the date was announced, come on up and we will all go together lol!!

T.C.- What would be your dream venue to play? Doesn’t have to be in Florida, it can be anywhere..

J.C.- “That’s hard, but I would like the Ryman Auditorium”

T.C.- If we came to your gig, what should we expect?

J.C.- Unique and out of place, but that’s what makes us who we are. We do things on songs that you would never expect. We go against the grain, we don’t like boxes. I have my own sound, I do my own thing.

T.C.- What’s new with you? Ep Coming out? When is a single coming out?

J.V.- “‘Back to Houston’ will be the single released around springtime, the Ep is not named yet. Still working on the mixing and mastering. (it should be released shortly after the single).

We listened to “Back To Houston”, and I have to say I am amazed and in awe of this guy! When it is released, you will be as well!!!

Talking with Jay, he is not at all what you would expect of a Country artist who mixes in some heavy metal influences. We talked about his love of animals, (which I can totally relate to) and his passion to give back to charity and has a strong sense of community. He considers his bandmates his family, and onstage the chemistry really shines through. A simple nod from Jay , and they are all playing in sync on the same song, no direction needed.

Jay stated that he actually wanted to be a songwriter, but his path led him to performance and showcasing his original tunes. Jay had his first Ep released in 2016 titled, “Born to Run”, and his featured single, “Make Up Your Mind”, can be found on streaming platforms, Spotify, Apple Music, Bandcamp, and Google Play. Run and get it, you will be blown away!!!

Go ahead and share this new section with everyone!! Shine A Light on…… was a pleasure to write about and I loved focusing on a new and upcoming artist… Hope you feel the same!!!

In Conversation with James Wesley at CRS 2019 – Traditional...