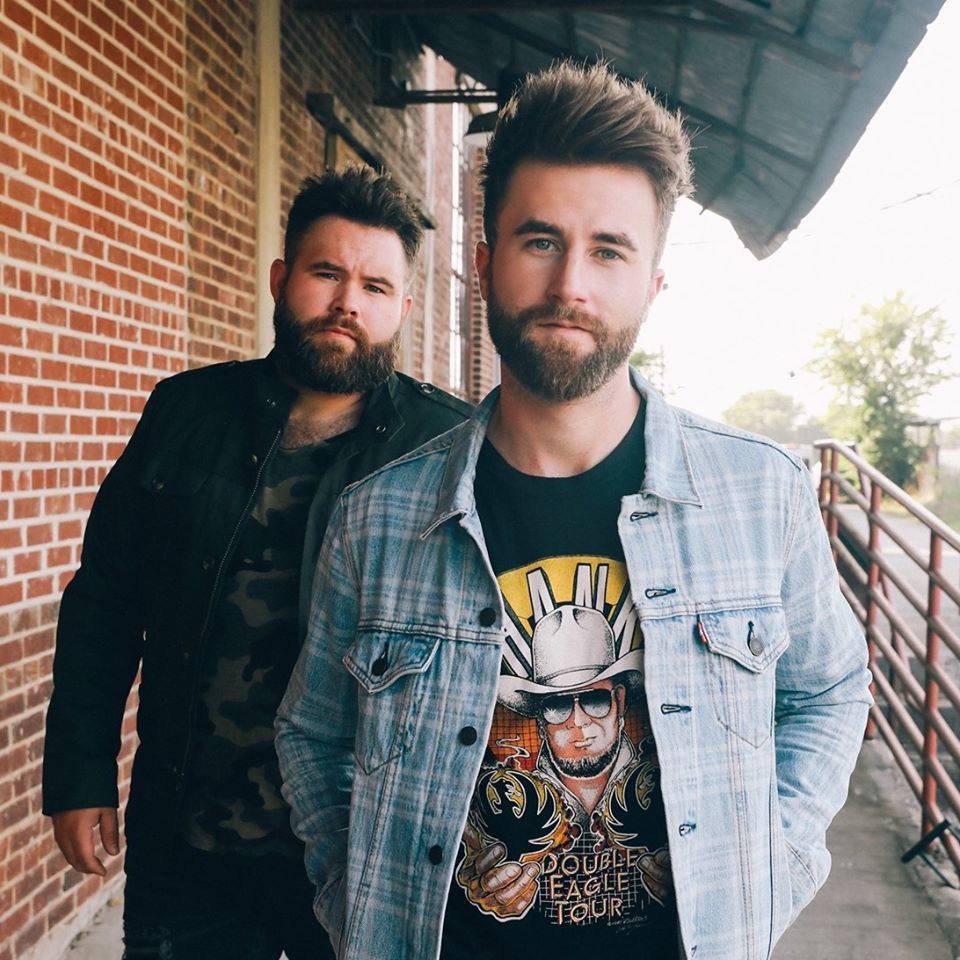 Photo courtesy of The Swon Brothers

When it comes to The Swon Brothers, you never pass up a few minutes to see what they’re up to.  Whether they’re coming in hot with a brand new record or quietly working behind the scenes, they manage to make every interview a good time.  We only had seven minutes to pick their brains this time at CRS, but we made it count.

Think Country (Annette Gibbons):  So, how are my favorite brothers?

The Swon Brothers (Zach Swon):  Better than I should be.

The Swon Brothers (Colton Swon):  I’m better than he should be.

Think Country (Patti McClintic):  That was a great comeback.

TC (AG):  So, it”s like our anniversary now.  I think we’ve been together like, four years now?

TC (AG):  Four years.  It’s getting serious between us.

TSB (CS):  Where are you over there over the pond? (Looking at both me and Annette)

TSB (CS):  You know we rolled through there last year?

TC (AG):  What’s going on with you guys since last year?  What are the highlights?

TSB (CS):  A lot of good stuff.  You know, on a human level, my brother’s had a girlfriend now for, well, the longest I’ve seen him have a girlfriend in a long time.

TC (PM):  Will there be any bells ringing?

TSB (CS):  Music wise, some really good stuff.  So, we can talk about this now.  We wrote a song that Mr. Blake Shelton is gonna be putting out.

TSB (CS):  Just to hear his voice on something that you personally write…

TC (AG):  Can you tell us anything about the song?

TSB (CS):  Yeah, that would have been the next best thing other than us.

TSB (CS):  So, our new music that we’re workin’ on, we’ve released some EPs and singles here and there, but it’s been six years since our last full album.

TC (PM):  Yeah, because we want a full Swon experience!

TSB (CS):  Oh, yeah, this year, but man, we were talkin’.  The songs, this feels like the most cohesive, mature, just best album that we have ever done.

TC (AG):  I think about fun and crazy and good music.

TSB (ZS):  Well, I don’t think the record is that mature.

TSB (ZS):  I think, for me, every song is super fun.  There’s one song that’s kind of a tearjerker, but only one.

TSB (CS):  It’s the best, and you can see the growth in, just our artistry, because usually I’m not one to say, like, “Oh, that’s really good,” you know.

TC (AG):  Are you going to hopefully be going out to get it to radio and do some radio tours?

TSB (CS):  We are.  I think we have a few plans and marketing teams and a few brands.  I think this is gonna pop a little bit.

TC (PM):  When are you looking to have this out to the world?

TSB (CS):  You know, a single will definitely come first, and once we release the single we’ll get the release date.

TC (AG):  We’re always excited to talk to you guys and we’re more excited to hear your music.  Not that we don’t like talking to you, but we like listening to your music as well, so make sure that we get a copy of it.  We’ll review it and share it around the world.

TSB (ZS):  We just started sending the tracks to the mix engineer, so we’re in the stages.

(Publicist gestures that our time is up)

Image courtesy of The Swon Brothers

TSB (ZS):  Our current single is, long story short, it’s just a bucket list moment.  We wrote a song  (“Travelin’ On) with two of our very good friends (Jonathan Dean, Stephen Hunley) while we were on the road.  The song’s about bein’ brothers on the road and basically, just doin’ this whole crazy ride as brothers, and I called Vince Gill, yes, I called Vince Gill.

TSB (ZS): (Laughs) Yeah, he answered, and I said, “Hey man, is there any chance?”  See, we’ve developed kind of a phone friendship over the years ’cause he’s an Okie as well, and anyway I said, “Hey, we’ve got this song we would love for you to play and sing or whatever you’d be willing to do.  Would you mind listening to it?”  He said, “You know what?  I’m in.  Anything for an Okie, just send me the tracks and I’ll do it.”  What he sent back, we played the song on the Opry and he was there the same night.  I’ll never forget it, I was so nervous because he was watching us sing it from the side of the stage.  The next day he sent me the tracks and it was like, even if I told him what to play, I couldn’t have told him any better.  Like, it was just amazing, what he sang and played.  (A link to the song “Travelin’ On” (feat. Vince Gill) appears below)

TC (AG):  You two are like, two of the nicest guys we ever meet.  I look forward every year to seeing you guys on the schedule.  I’m like, “It’s gonna be great,” because you’re great, your music’s great.

(Both Zach and Colton laughed and thanked Annette)

TC (AG):  Thanks so much for stopping by again.

What Annette said about The Swon Brothers being two of the nicest guys is true.  They really are that nice.  They’re fun but focused.  I recall writing something on them a few years back and I learned that their dad was a UPS driver for years.  They credit him for instilling their unstoppable work ethic.  They understand that you have to keep moving or it all goes away, but they know how to do it with a tremendous sense of humor.  That’s crucial in the music industry.  If you lose your sense of fun, there’s no reason to do it anymore.  That’s why we love The Swon Brothers and anytime they want to chat, we’re ready.  We can’t wait for their new music and to see them on the road.  I could sit here all night trying to come up with a profound closing line, or I could just say what’s on my mind, because it’s important.  I think I’ll do that.  Hey, Colton and Zach, the next time you’re in England, you’d better call Annette Gibbons, just sayin’… 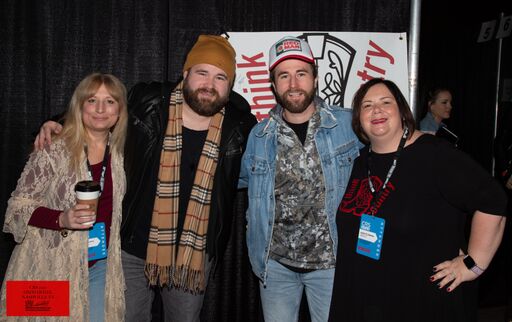