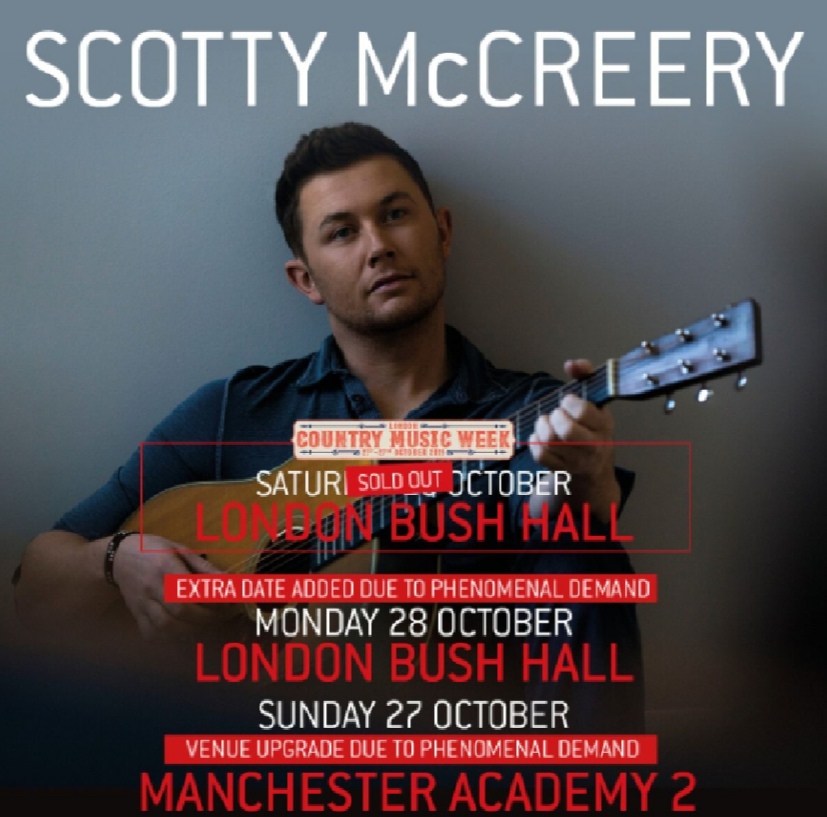 Scotty McCreery has added an extra London date and upgraded the venue for his Manchester show due to phenomenal demand. New dates below:

McCreery said: “One of my goals for the last few years has been to perform overseas. To sell out my first ever shows in England on the first day of general on-sale is amazing and beyond what I ever expected. I cannot wait to come over there in October”

Since winning Season 10 of American Idol in 2011, Scotty McCreery has become one of the best-known voices in country music and grown a dedicated worldwide fanbase, led by his huge success on the US album and radio charts, with over 3 million total album sales to date.

He co-wrote all 11 songs on his current album Seasons Change – out now on Triple Tigers / Sony Music – which has given fans a window into his life, and taken that success to another level, producing two Platinum-selling hits to date with the emotional first single “Five More Minutes”

and his latest #1 “This Is It,” which featured a video filmed at his wedding in June last year and has over 50 million views on YouTube. The album also features his current US single “In Between”.