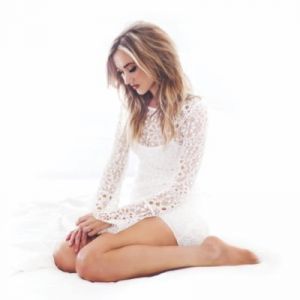 For some reason Sarah Darling’s music had passed me by until last September when I caught her performing at an ” in the round” songwriter’s evening, when she definitely won me over with her stunning vocals and thought provoking songwriting. That evening she kindly gave me a copy of her EP ” Shine” which includes “Halley’s Comet” on the track listing, it was immediately one of the stand out songs for me and I was really pleased to find out that it’s the new single to be taken from her forthcoming album ” Dream Country”, released on Jan 27th, which she says is about wide open spaces and going back to where it all began. This is definitely true when it comes to this song!

Apparently the most personal track on the album, there is good reason to believe that this beautifully written number about following her childhood dream of being a performer is based at least in part on her own memories and experiences, something which to my mind always helps make any song resonate that little bit more with the listener.

It seems that observing a rare appearance of Halley’s comet when she was a child made a huge impact on her. She writes about how after seeing it she would keep ” staring at the sky ” hoping that someday she’d find a place where she could shine. Throughout the song the words ” star” and ” shine” are cleverly used with reference to both the galaxy and her emergence as an artist…….interestingly the title words appear only once, and you could easily assume the track was called ” Shine” but that’s just an observation and not meant to be a criticism! Her ambition was encouraged it seems ….” chase the dream he said, you’re born to sing, he said”…..and she did eventually ” step out on that darkest stage” and ” in a spotlight a star was made” .

The ballad starts with a simple piano accompaniment ( something that is repeated later on and which is how the track ends) which really helps draw attention to the opening lyrics and add a sense of vulnerability. It builds beautifully with the full instrumentation, including some fabulous sweeping strings, kicking in after the first chorus. There’s also the addition of some understated vocal harmonies as the song progresses, and the entire track has a suitably dreamlike quality to it, making it mesmerising and haunting.

I really hope that this song gets the exposure it deserves, sadly radio airplay these days ( especially stateside it seems) depends to a large extent on a track’s commercial appeal so it may well be down to sites like this and Sarah’s fan base to bring it to a wider audience.

After some U.S. tour dates ( which include both The Ryman and Bluebird Cafe in Nashville) she is heading back to the UK in May and I will definitely be in the audience at London’s Green Note to hopefully hear this song plus others from her new album.

Ten Minutes with The Southern Companion